The Silvertips, Angel of the Winds Arena to Proudly Host NHL Pre-season Hockey Oct. 1 When the Seattle Kraken Face the Edmonton Oilers

Tickets for the Kraken and Oilers contest at Angel of the Winds Arena will be on sale starting Friday, July 16 with an exclusive pre-sale opportunity for Silvertips Season Ticket Holders open starting at 10:00 a.m. PT, on Tuesday, July 13 until 10:00 p.m. PT on Wednesday, July 14. Details for ticket purchase opportunities are as follows:

To celebrate the home launch of Silvertips hockey for the 2021-22 season, “Select-A-Seat” is underway, hosted in a virtual format. Phone call appointments have been scheduled for renewed accounts interested in new seating arrangements, and new season ticket and mini plan accounts will finalize arrangements through July. Fans will have one-on-one attention with a Silvertips ticket sales representative, and first right of refusal for account options for the 2021-22 season. More information on securing a Silvertips ticket package is available at www.everettsilvertips.com/tickets or by calling (425) 252-5100. Further details on signature event nights such as Pink The Rink, Local Heroes, Teddy Bear Toss, Navy Night and more will be announced soon.

The Silvertips will open the 2021-22 pre-season on Friday, Sept. 10 as part of the annual Silvertips Preseason Classic in downtown Everett, 6:00 p.m. against the Spokane Chiefs and their 19th season in the WHL and defense of their eighth U.S. Division title on Saturday, Oct. 2 against the host Kelowna Rockets. 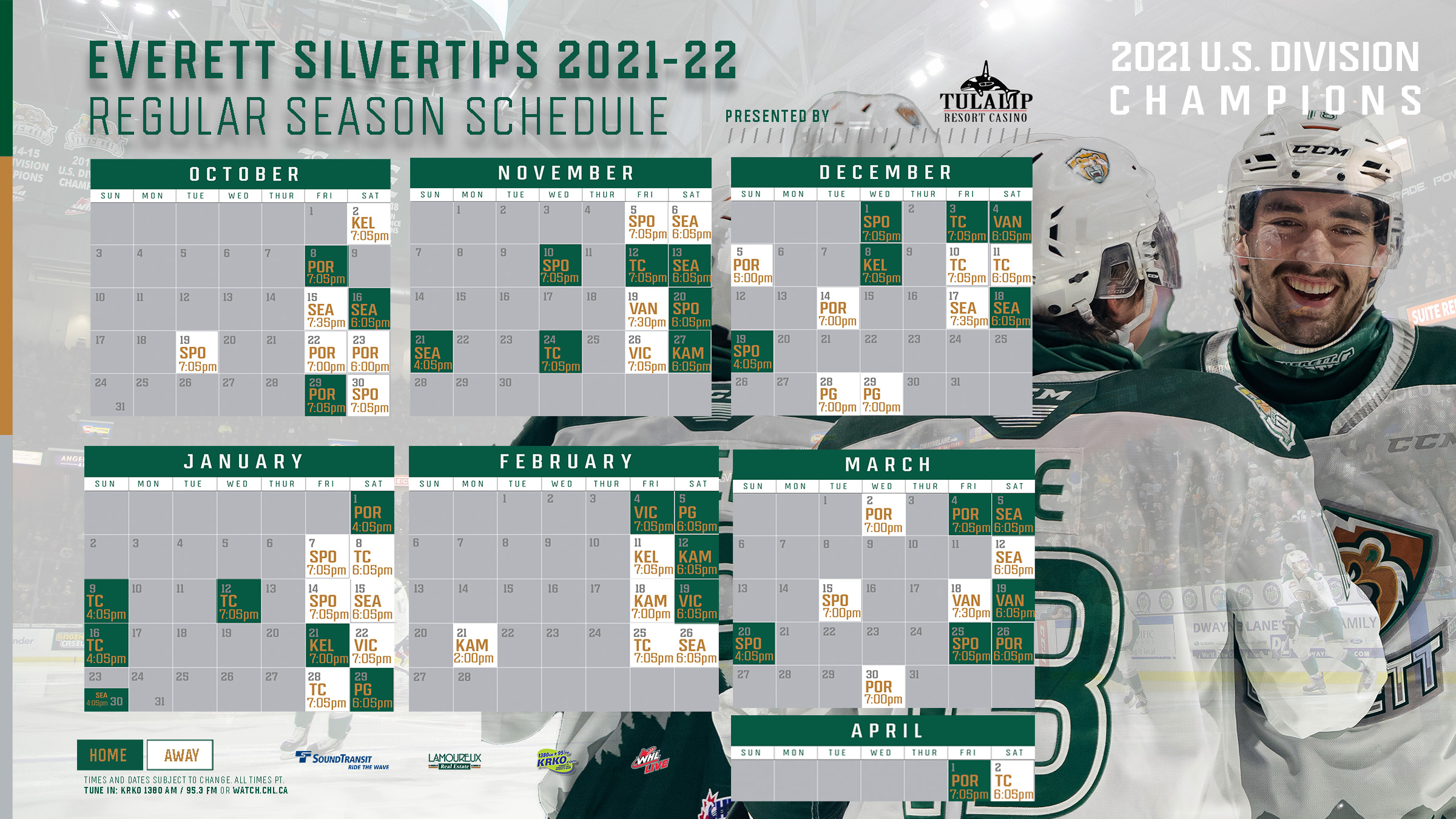