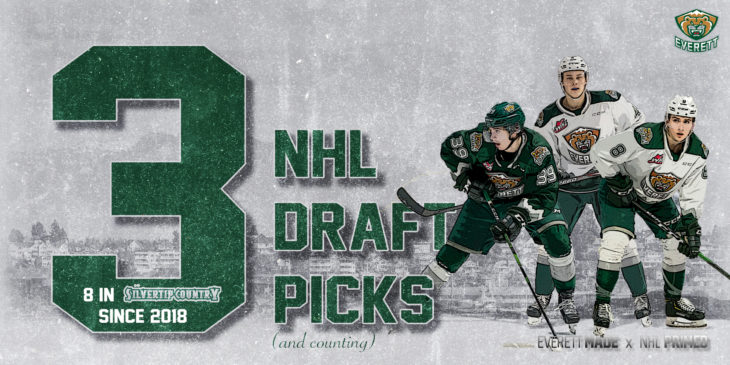 Aiming to continue a surging trend in the recent years, the Everett Silvertips have four players listed by NHL Central Scouting’s rankings ahead of the 2020 NHL Entry Draft, hosted in a virtual, online format on Tuesday, Oct. 6 and Wednesday, Oct. 7.

The Silvertips are aiming to bolster their total of 24 players drafted to the NHL in 17 seasons. Last year, three Silvertips were ranked by NHL CSS heading into the draft and all found NHL homes by the end of the 2019-20 season: defenseman Gianni Fairbrother (3rd round, Montreal), goaltender Dustin Wolf (7th round, Calgary), and forward Bryce Kindopp (signed as a free agent to a 3-year ELC, Anaheim).

At the beginning of 2019-20, a total of 127 WHL alumni made NHL opening night rosters, and 22 WHL alums reached the Stanley Cup Final with either Tampa Bay (11) and Dallas. 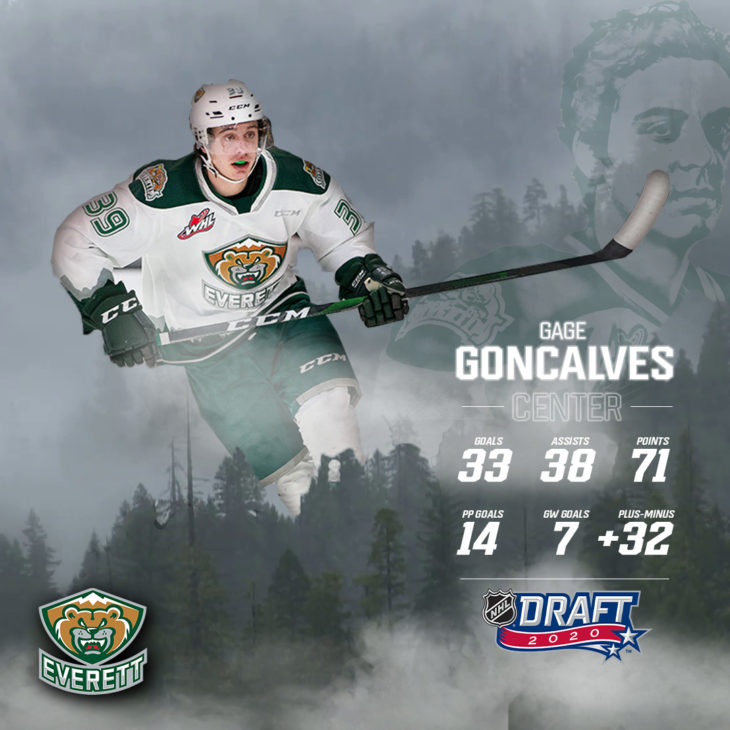 (F) GAGE GONCALVES (80th, North American skaters): Named Silvertips Most Improved Player this past season when he ranked third on the program in points (71), second in goals (33), third in assists (38), second in game winning goals (7), tied the lead in power play goals (14) and was +32 in 60 games … native of Mission, BC … experienced a 56 point and 32 goal increase from his 2018-19 rookie campaign and bagged 22 multi point games this past season including a pair of career-high four point outings

… was named to Team Canada’s Junior Team Sport Chek Summer Development Camp … originally acquired by the Silvertips as a listed player and signed a WHL standard player agreement on Jan. 3, 2018 … 34 points, 52 assists, 86 points, and a +42 rating in 128 career games in a Silvertips jersey. Named Silvertips 2019-20 Most Improved Player. 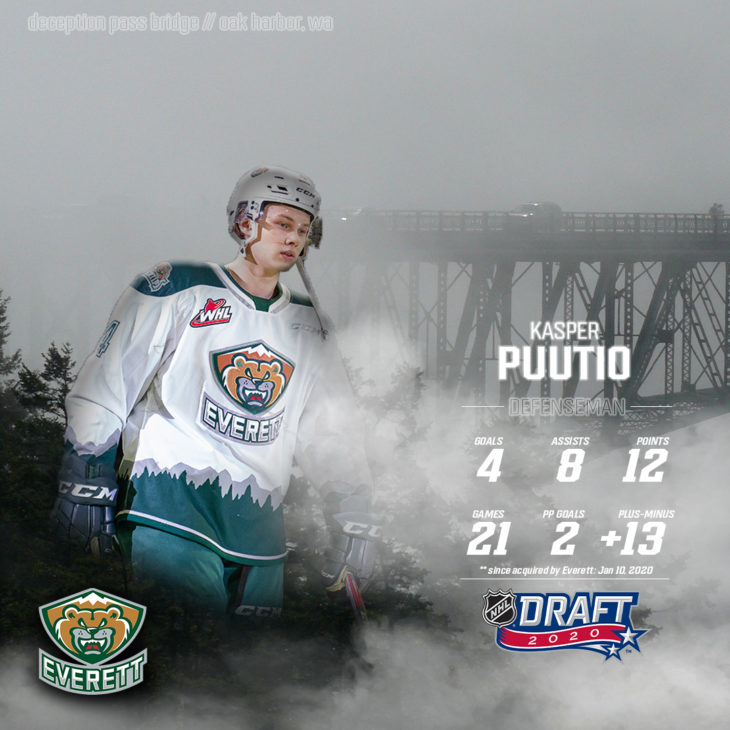 (D) KASPER PUUTIO (76th, North American skaters): #1overall pick, 2019 CHL Import Draft … skated in the CHL / NHL Top Prospects Game … nearly duplicated his output (12 points in his first 21 games as a Silvertip), pre-trade in almost half the schedule after a trade from the Swift Current Broncos in January

… finished +13 as a Silvertip, drilled a pair of power play goals, and scored a memorable full-length of the ice, empty net heave against the Prince George Cougars in a Feb. 21 victory … had points in six of the last eight games on the blueline, and after Feb. 15 earned 11 points in 12 games …. twice had a career high three points in one game, all on assists. 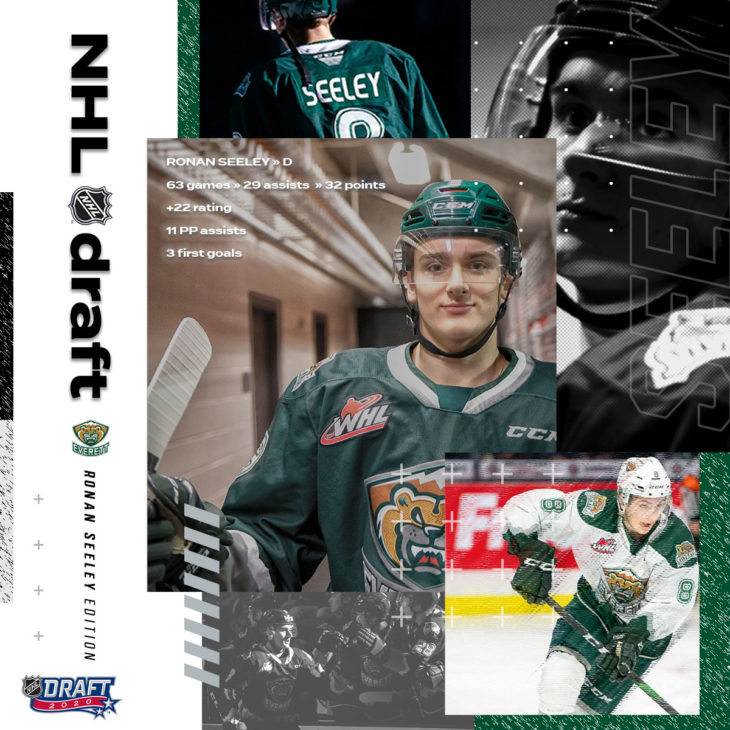 … fired a season high six shots on net, Sept. 30 at Kelowna … three times finished +3 or higher in a game, and logged a season high +4 rating in a 6-0 win over Moose Jaw on Feb. 19 (also had 3 asissts) … co-recipient of the Silvertips Iron Man award (most games played) with captain and Anaheim Ducks prospect Bryce Kindopp.