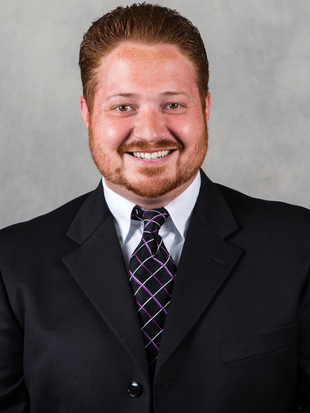 Joel came to the Silvertips organization as an intern for the 2007-2008 season and has been with the club ever since, becoming a full-time Account Executive in the ticketing department in June 2012 and being promoted to Director of Sales, Corporate Partnerships & Game Night Presentation in April of 2017.

With a primary focus of developing and evolving partnerships via creative sponsorship opportunities, Joel is always looking to present local business brands in front of Silvertip Country!

Joel has been responsible for all game night entertainment aspects for six seasons. From directing all videos and special segments on ‘Tips Vision (new LED scoreboard) and PA reads, to playing all audio in Arena,  Joel has played a vital role in Everett’s Game Operation in recent years.

Anderson graduated from the University of Washington’s Michael G. Foster School of Business with a Bachelor of Arts degree in Business Marketing in June 2011. At UW he was extremely involved in Greek system philanthropy and also participated and placed in multiple business case competitions. Throughout high school and college he played tennis competitively.

Joel and his wife, Angie, reside in Marysville with their daughter’s Ashlan and Jade.