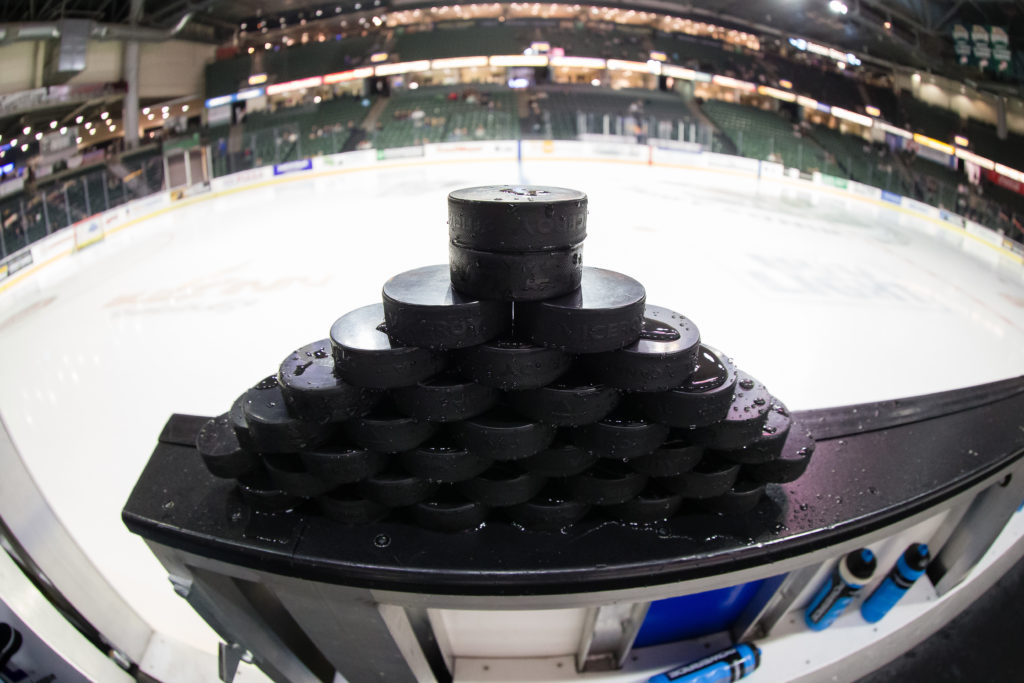 With the preseason fast approaching, the Silvertips are announcing ten things to know about the upcoming weekend.

The teams involved in the Delta Hotels Preseason Classic include all U.S Division Teams: Everett Silvertips, Spokane Chiefs, Portland Winterhawks, Seattle Thunderbirds, and the Tri-City Americans. Joining the preseason classic is the Vancouver Giants, coming back as the defending Western Conference Champions from last season.

From August 30- September 1 (Friday-Sunday) there are games all day that are being hosted at Angel of the Winds Arena. The first game starts at 11:30 am, the next game is at 3:00pm, and the last game is at 7:00pm, which will be a Silvertips game each night.

Fans that can’t make it to the games but still want to be a part of all the action can stay up to date by going to WHL.ca . Here fans can find all the updated stats to stay informed about the weekend.

Is There Broadcast Coverage?

Who’s Participated in the Past?

Since the preseason classic includes six teams, there are many players that have participated in this event that have now moved on to play in the NHL. Former Preseason participants include: Noah Juulsen, Carter Hart, Ryan Murray, Mathew Barzal, Jaret Anderson-Dolan, Oliver Bjorkstrand, Michael Rasmussen, and more. There are also talented players that have been drafted by the NHL. Fans could have the opportunity to see them play in the upcoming weekend. These players include: Gianni Fairbrother, Dustin Wolf, Cody Glass, Joel Hofer, Adam Beckman, Bowen Byram, and more.

It sounds like it’s getting some attention, isn’t it?

The Everett Silvertips team store will be open all tournament long. This is a good chance for fans to stock up on new Everett Silvertips items before the regular season starts. There, fans can find Jerseys, Sweatshirts, hoodies, vests, blankets, and more for all ages to support Silvertip Country.

Concessions will be open to provide fans with drinks and food to enjoy while watching the game. There are a variety of options, so there is something for everyone.

Where Can I Get Tickets?

If fans want to purchase tickets online, they can be found here: everettsilvertips.com/preseason There are a variety of ways to buy tickets for the tournament. There are full preseason packages (9 games), Silvertips games package (3 games). There are also preseason day passes and single game tickets available for purchase.

Where Can I Sit?

The preseason games are general admission, so fans can find their favorite seat and enjoy the game.