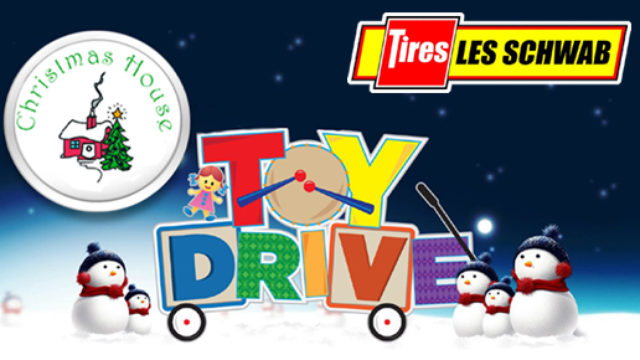 The Everett Silvertips, Les Schwab Tire Centers and Christmas House are once again teaming up to collect toys and monetary donations that will brighten the holiday season for less fortunate kids in our community.  This year’s Toy Drive drive begins on Wednesday, December 3rd vs. the Spokane Chiefs and continues during all December home games through our Saturday, December 13th contest against the Tri-City Americans.

Christmas House is a 501 ©(3) non-profit organization that has served the Snohomish County community since 1981. Their goal is to provide children from low-income families with new toys, gifts and clothing during the holidays.  The all-volunteer organization helped over 3,000 Snohomish County families last year, providing toys, clothing, blankets and personal items for more than 9,000 local infants, youths and teens during the holiday season. More information on their efforts can be found at www.christmas-house.org. 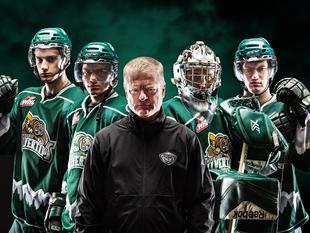 Every Silvertips fan who donates a toy or cash contribution of at least $5.00 will be entered into a drawing for the chance to win a variety of prizes, including autographed memorabilia.  Fans who make a donation will also get a limited edition Silvertips poster.

Snohomish County Les Schwab Tire Centers will also serve as donation locations for fans who can’t attend a game or forget to bring an item with them to XFINITY Arena.

Prize drawings will be held during the second intermission on Saturday, December 13th.  Fans are not required to be present to win. No donation is necessary to enter drawing. Please limit entries to one entry per person per game.  More information can be found at both the Christmas House table and the BECU Guest Services Table on the concourse.

Silvertips Holiday Packs, mini-game packages and flex plans for the 2014-2015 WHL season are available now at the team office.  Call 425-252-5100 for more information.  To keep up with all the latest team news, “like” the Everett Silvertips Hockey Club on Facebook or follow @WHLSilvertips on Twitter.