Jake Christiansen player of the week 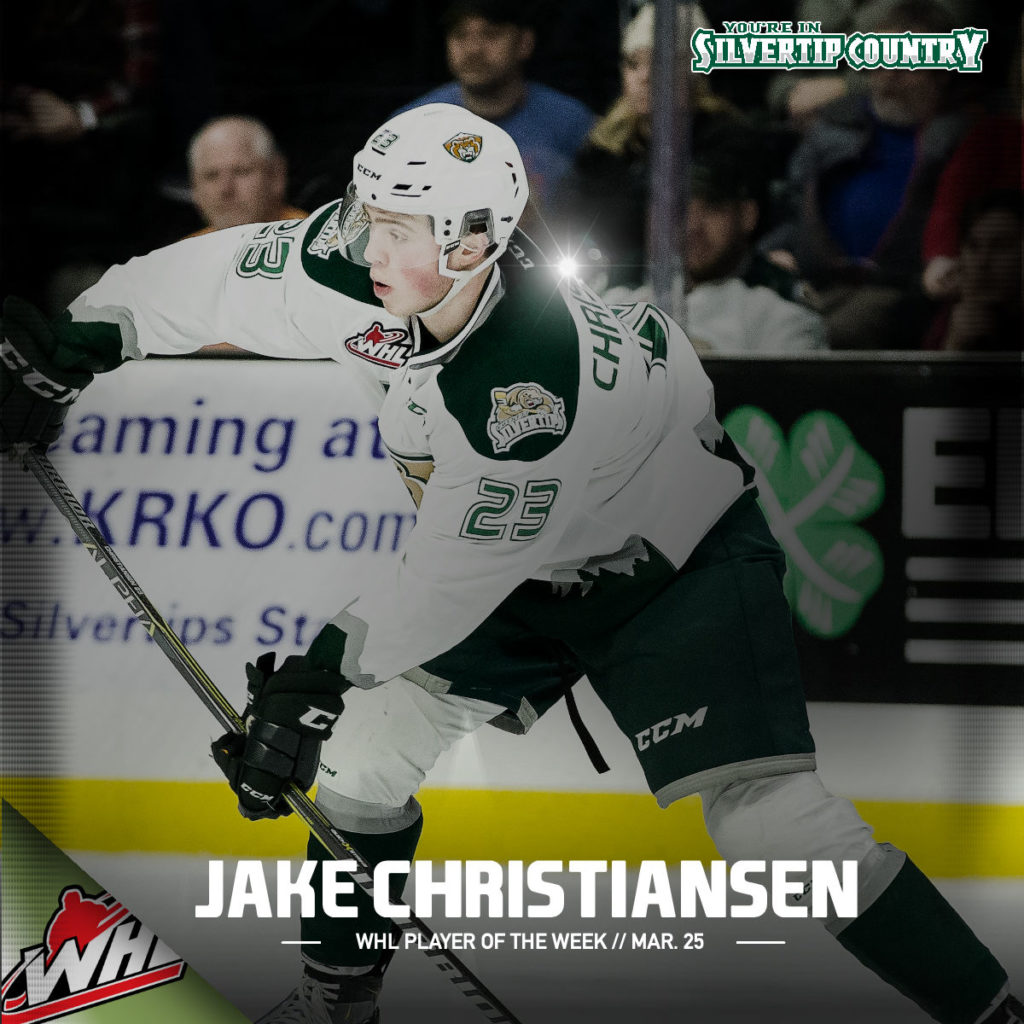 EVERETT, Wash. – The Everett Silvertips (@WHLSilvertips), seven-time U.S. Division champion of the Western Hockey League, announced today in conjunction with the WHL that defenseman Jake Christiansen has been named the WHL On The Run Player of the Week, ending Mar. 24.

It is the second time a Silvertip player has captured the Player of the Week honors this season, after Connor Dewar earned recognition for Jan. 28 – Feb. 3.

Christiansen recorded five points (1g-4a) and a plus-three rating in two games this past week when Silvertips went up 2-0 in their first round series against the Tri-City Americans to open the 2019 WHL Playoffs.

Prior to the playoffs, the West Vancouver, British Columbia native nabbed 44 points (12G-32A) in 67 games, placing him 17th overall among WHL defensemen. Over 43 career playoff games since 2016, Christiansen has recorded 14 points (3g-11a).

The 6-foot, 190-pound bluleliner was selected in the fifth round, 105th overall, in the 2014 WHL Bantam Draft. In 259 career WHL regular season games, Christiansen has tallied 102 points (28g-74a), including 11 power play goals and four game-winning goals.

The Silvertips, up 2-0 in the first round series, continue the 2019 WHL Playoffs, presented by Mountain Pacific Bank, with Game 3 on Wednesday at 7:05 p.m. (KRKO / WHL Live / TuneIn app) at Toyota Center in Kennewick. Silvertips home playoff tickets are on sale now at www.everettsilvertips.com/playoffs.