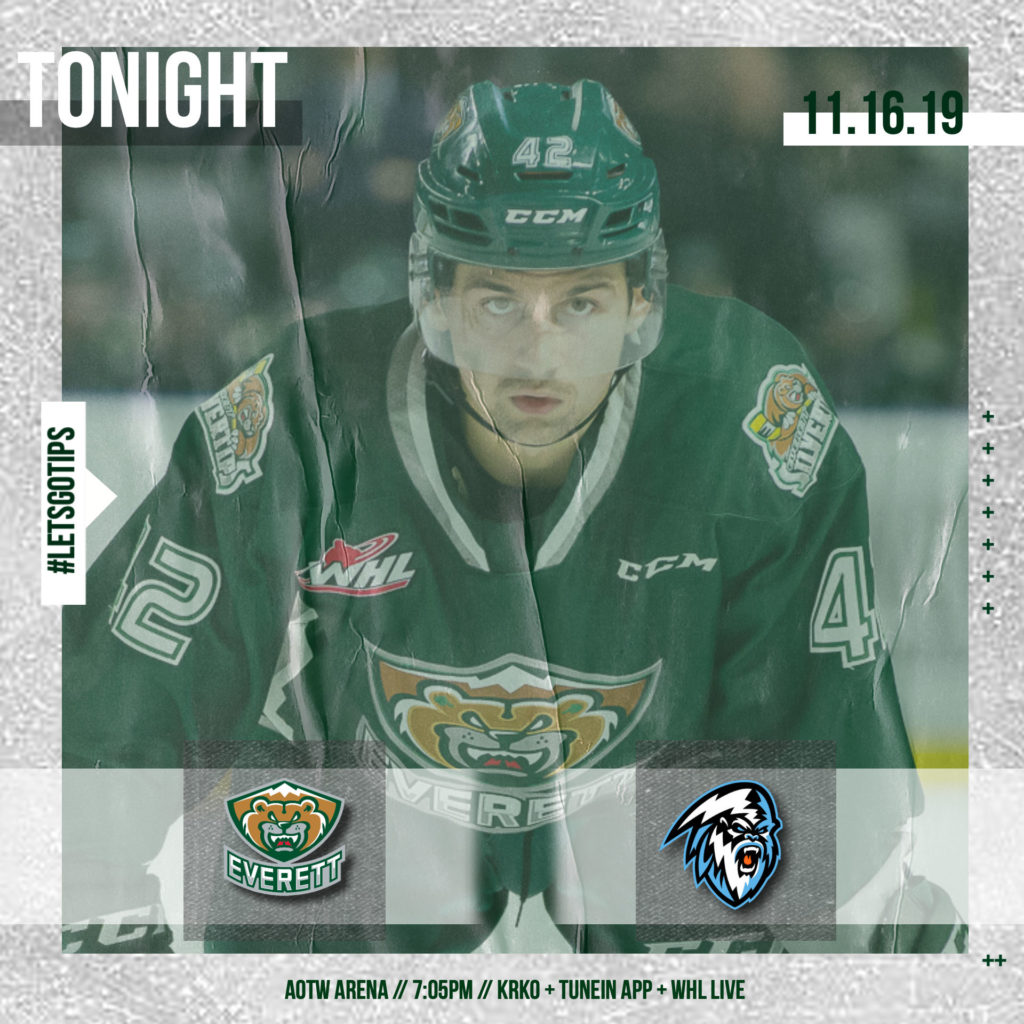 TONIGHT’S MATCHUP AND SERIES NOTES
Only meeting of the season … first visit for the ICE to downtown Everett since Dec. 1, 2018 … Tips are 6-4-1-0 all-time against the ICE in Everett and have won three of the last four overall meetings … the Tips are ranked #4 in the CHL Top 10 rankings … Winnipeg has won six of their last ten games … the Silvertips won their last four straight games … they are 6-3-0-0 at home and Winnipeg is 4-4-1-0 on the road.

All players will be located at Section 115, arriving shortly for all fans in attendance after the conclusion of Saturday’s game. Fans are asked to limit 2 autographs per player.
*Subject to change
» Coca Cola – Coke Memory Sweepstakes: simply find and take a photo with one of the standee’s on the concourse, share it on twitter with #COKEMEMORYSWEEPSTAKES and you are entered to win a pair of ski lift passes, vip emerald down experience or various other premium prizes!  snap, share, score! | CLICK HERE for full details & rules.
» Best Seats on the Ice: CLICK HERE to be entered to sit in the Erickson Best recliners down on the ice level at an upcoming game. Two lucky fans at the end of the season will also win a recliner!

LAST TIME OUT:
EVT 4 – SEA 2 (11-9-19): Keegan Karki turned in 36 saves while Martin Fasko-Rudas’ power play goal and assist helped boost the Everett Silvertips to a 4-2 victory over the Seattle Thunderbirds before 5,504 fans on Saturday in WHL action at accesso ShoWare Center. In a physical and eventually hostile matchup that turned in 120 penalty minutes, mostly in the third period, the Tips moved to within one win of tying their franchise record for longest win streak. Dawson Butt scored his second goal of the season just 32 seconds into the first period, while Conrad Mitchell and Wyatte Wylie also tacked on the goal scoring.
SHOTS: EVT 38 | SEA 38

DID YOU KNOW?
1) COLE BLOODED: Tips forward Cole Fonstad returns after participating in the CIBC Canada Russia Series for Team WHL, winning the series after a pair of games in Saskatoon and Prince Albert … Fonstad is on a seven-game assist streak.
2) 1, 2, 3, 4, SILVERTIPS MOVED UP SOME MORE: The Tips moved up to #4 in the CHL Top-10 poll, released on Wednesday … they have won 11 of their last 13 games … they are 10-0-0-0 in one-goal games and 7-0-0-0 when leading after two periods this season.
3) READING THE GAGE: Tips forward Gage Goncalves was listed this week by NHL Central Scouting on the updated “Players to Watch” list with a C rating for the 2020 NHL Draft … Goncalves has matched his career high in goals (8) and has 15 points in 14 games this season.