Champs In The End, and Grateful 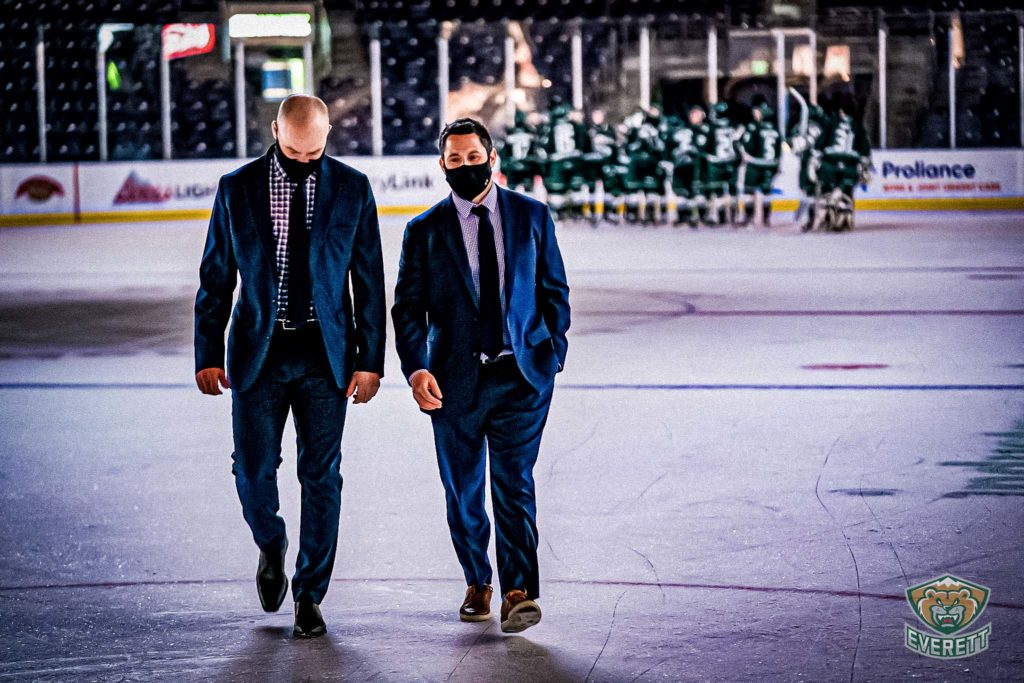 From the Stratford Beacon Herald

In the most surreal season, Dennis Williams earned his third Western Hockey League division title in four years behind the bench of the Everett Silvertips.

Everett went 19-4-0-0, and its 38 points were 11 more than second-place Portland in the division and tied with Brandon for second in the WHL. The Edmonton Oil Kings led the way with 41 points.

“We knew coming in we had some pieces returning from last year and a pretty young team … and it was a different approach coming into it,” he said. “Three games a week, sometimes four games, for eight weeks, and travel.

“I was really proud of the guys.”

The Silvertips rented a local community college and had their players stay in dorms for the season, the only team in the division to take that safety measure. Players went to and from the rink, but had access to various amenities to pass the time together.

Only two of 4,103 COVID-19 tests in the division came back positive.

“I tip my hat to those guys,” Williams said. “Our guys did a real good job staying disciplined, and the owners and staff did a good job putting them in a safe environment. It was a difficult year for them, too.”

Coaches had to adapt to the new environment, Williams said. Practices were shorter, and there were fewer of them, and much of the teaching had to be done through virtual meetings and videos.

“You’re trying to give your players the best advantage to be successful,” he said. “It definitely challenged us in different ways as coaches, which helps us grow our game and ourselves.”

After COVID-19 forced an early end to the 2019-20 season, the league found a way to play a shortened campaign that started in March. The WHL’s five U.S. teams, all based in Washington State, played each other.

“I’m sure we took hockey for granted until the pandemic hit,” Williams said. “What hit home the (several) months off is you really appreciate your job and what players do and how hard they work and how hard the staff works and front office works, so to be back, even two months, a lot has been taken for granted.”