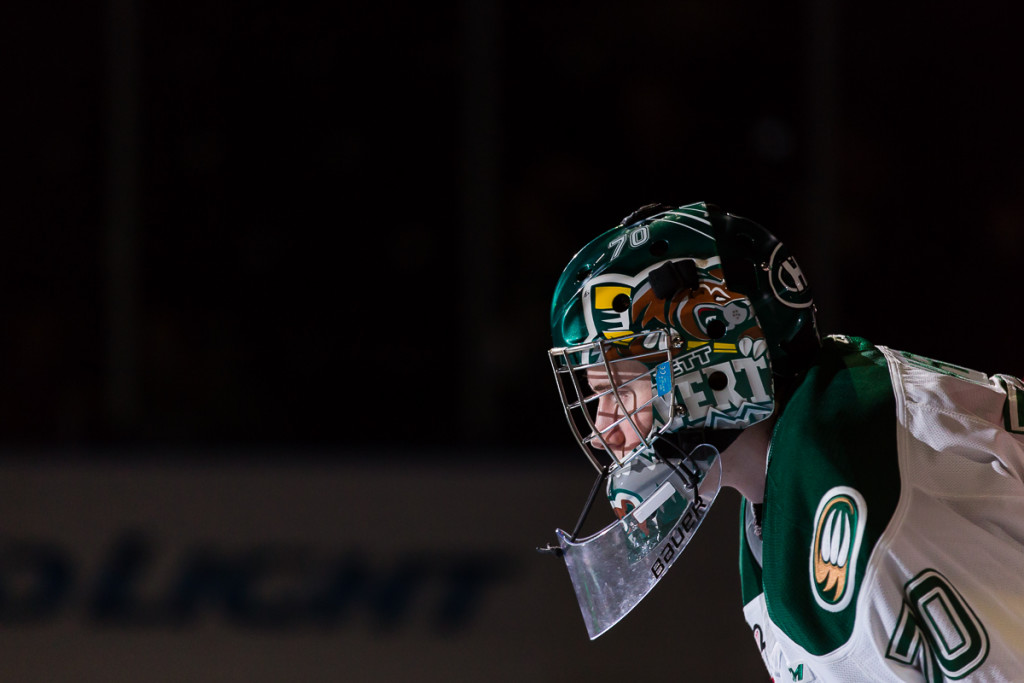 Everett goaltender Carter Hart not only shares the same jersey number as Braden Holtby of the Washington Capitals, but the same sports psychologist.

The weekly discussions have played a big part in helping Hart become well-rounded while playing a position that is physically tough and mentally challenging. Hart relies on the services of John Stevenson of Zone Performance Psychology in Edmonton.

Stevenson, a former goaltending coach for the Ottawa Senators and Edmonton Oilers, has practiced sports psychology the past 10 years. He has worked with Holtby the past 11 years and Hart the past eight.

“We talk about controlling what we can control,” Stevenson told NHL.com. “Are you able to direct your focus back to things that are directly under your control? If not, then there’s a chance you’re going to get frustrated, angry, depressed. A lot of this is redirecting focus at things within their control that will enable them to do their job to the best of their ability.”

“Goaltending is what you do, but not who you are,” Stevenson said. “You must be in the moment. When you’re at the rink, be at the rink. When with family, be with the family. Be 100 percent where you are at that moment.”

Hart has counted on Stevenson for advice many times throughout his career.

“I always call him the night before a game and he’ll settle me down,” Hart said. “Sometimes we’ll just talk because we’re good friends, and other nights when something is on my mind or bothering me, I can talk to him. He’ll provide opinions on things and teach me what I need to do to fix it.

“Sometimes when the coaches aren’t happy with your play or if they say something that might stick in your head, [Stevenson] will set me straight. It usually has nothing to do with your game or with you. In the end, you just have to go out there and do your job, and that really helps me focus.”

As a goaltender, getting over the mental hurdle is more than half the battle, and Hart seems to have the right approach.

“To be successful in this business you have to have a lot of fun, because that’s when you’re playing your best,” Hart said. “When you’re not thinking and just playing, that’s when good things happen.”

A lot of good has happened to Hart this season, his second in the Western Hockey League.

“He’s very poised, patient and calm in the net,” Central Scouting’s Al Jensen said. “He doesn’t get rattled, has an excellent butterfly and seals the ice well with his pads. He can keep his body upright to protect the upper corners, has a good glove hand and good rebound control.”

Hart, who is No. 2 on NHL Central Scouting’s final list of the top North American goaltenders eligible for the 2016 NHL Draft, feels that while this year’s goalie draft class might not have the height, it is stocked with athleticism.

“I see a lot of guys 6-foot-1, but who are more athletic,” he said. “I think goalies are starting to show that height doesn’t really matter. It’s the guys willing to compete and willing to get better every day, work on their strengths technically and mentally.” 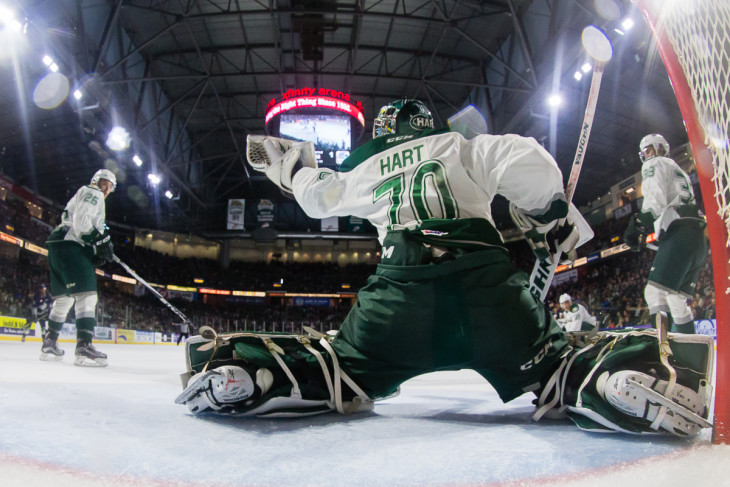 “It’s learning how to take care of yourself away from the rink, too,” Stevenson said. “I want all my goalies doing yoga. I’m a big believer that after the season, you need to give yourself two-to-three months away from doing the butterfly. Get that balance back in your body, give your knees and hips a break.”

Hart performed well for Team Bobby Orr in a 3-2 win against Team Don Cherry in the CHL/NHL Top Prospects Game in Vancouver on Jan. 28. Hart played 31:02 and made 15 saves on 16 shots.

Hart believes much of his success this season was a result of the type of system coach Kevin Constantine teaches, and the commitment of his teammates to implement that system.

“[Constantine] is a defence-first coach, and we stress blocking shots and the guys on our team are buying in and that’s what’s getting us wins,” Hart said. “I just have to make the saves.”