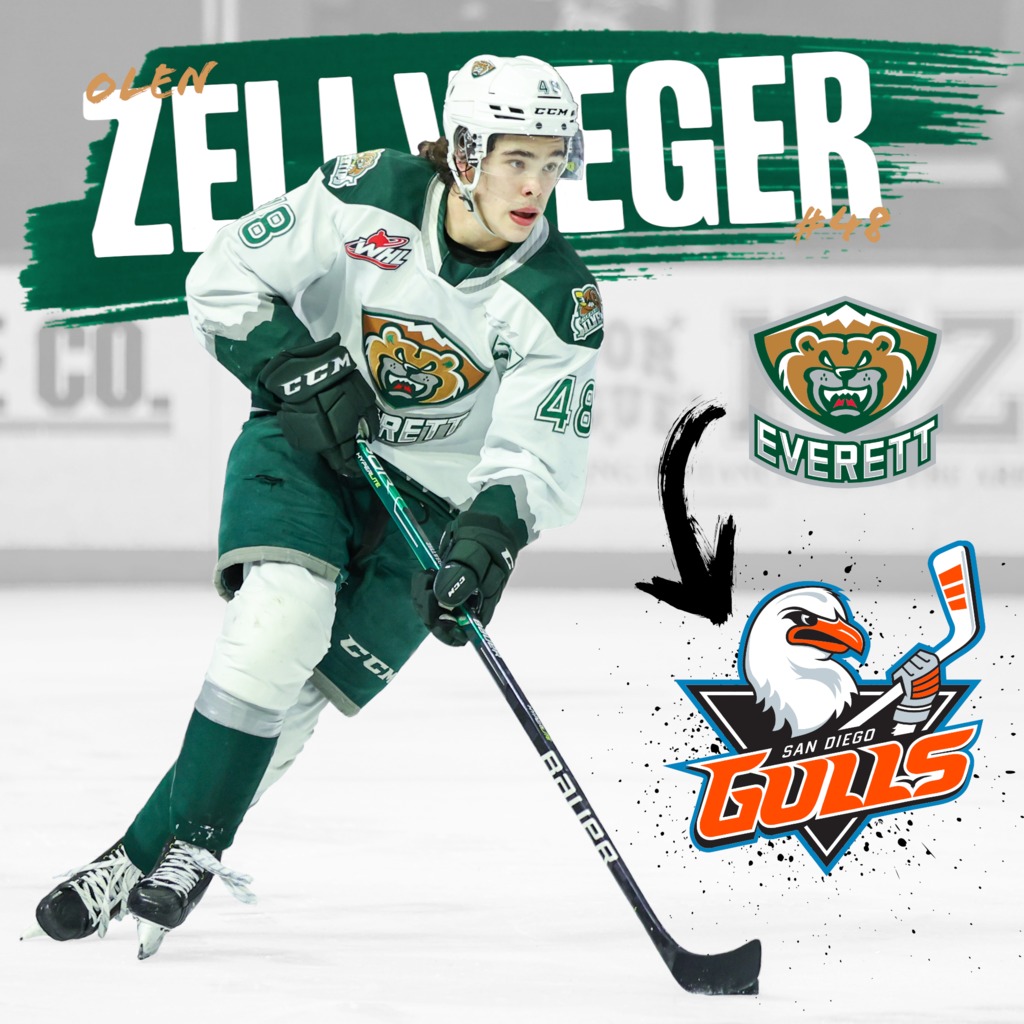 EVERETT, Wash. — Everett Silvertips defenseman Olen Zellweger has officially been assigned to the San Diego Gulls, American Hockey League affiliate of the Anaheim Ducks, ahead of the 2022 Calder Cup Playoffs.

Zellweger, 18, led all Canadian Hockey League defensemen in points (14-64=78), points per game (1.42) and assists in 55 games with Everett in 2021-22. He set single-seasons career highs in scoring and recorded the most points by an Everett defenseman in Franchise history. He was named the WHL’s U.S. Division Player of the Year by the league’s General Managers and is a finalist for the WHL Player of the Year.

Zellweger recorded the highest points per game among 18-year-old WHL defensemen over the last 32 seasons, the most since Scott Niedermayer recorded 1.44 points per game in 1990-91 (26-56=82 in 57 games). The 5-10, 175-pound defenseman also ranked second among all WHL skaters in assists and was ninth in points per game. Among WHL defensemen, he led in points, assist sand ranked third in plus/minus. He finished the regular season with 19 points his last 10 games (2-17=19), including eight multi-point efforts. He also scored 2-7=9 points with a +4 rating in six WHL Playoff games this season, tied for second among all league defensemen in postseason scoring and assists.

Selected by Anaheim in the second round (34th overall) of the 2021 NHL Draft, Zellweger has appeared in 125 career WHL games with Everett (2019-22), earning 18-85=103 points with a +70 rating and 33 penalty minutes (PIM). A native of Fort Saskatchewan, Alberta, Zellweger helped Canada to a gold medal at the 2021 U-18 World Championship, ranking tied for the tournament lead among defensemen with 1-7=8 points with a +8 rating in seven contests.