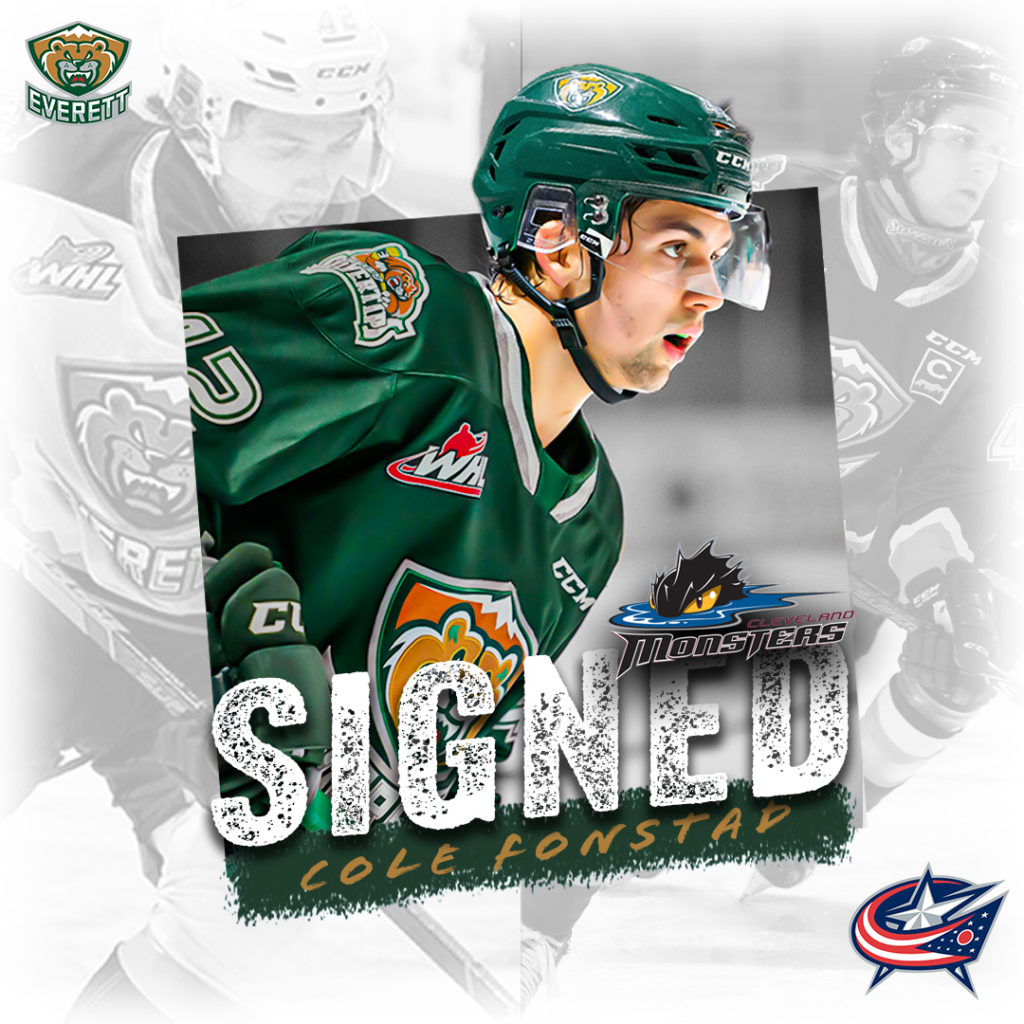 EVERETT, Wash. – The Everett Silvertips (@WHLSilvertips), two-time Western Conference champions and eight time U.S. Division champions of the Western Hockey League, announced today that the Columbus Blue Jackets have signed forward Cole Fonstad to a one-way American Hockey League contract with the Cleveland Monsters. Fonstad made his AHL debut with the Monsters at the end of the 2020-21 season, originally signing an amateur tryout offer (ATO).

Fonstad, 21, completed his final WHL season as one of three Silvertips players born in 2000 with 34 points (16g-18a) in 23 games, also named co-recipient of the WHL U.S. Division Top Scorer Award (along with teammate Gage Goncalves) and honors as a member of the league’s U.S. Division All-Star Team. The Estevan, Saskatchewan native tied for the program and U.S. Division lead in points, also finishing tied for third overall in the WHL scoring race.

Named co-captain before the start of the 2021 season, a total of 13 of his 16 goals scored this season were at even strength situations, and he delivered nine multi point games this season. He was only held scoreless in two games the entire season and earned a season high four points (1g-3a) in a 6-4 win on home ice over Portland on Apr. 6.

The 5-foot-10, 183-pound forward completed his time in the WHL with 281 points (92g-189a) in 293 career regular season games with the Silvertips and Prince Albert Raiders and earned an assist in his pro debut with the Monsters following the conclusion of the WHL regular season. Named Silvertips co-Most Valuable Player in 2019-20, Fonstad was originally acquired on Oct. 13, 2019 from the Raiders and posted 65 points (13g-52a) in 51 games with the Silvertips after the transaction.

He was originally selected by the Montreal Canadiens in the fifth round of the 2018 NHL Draft.