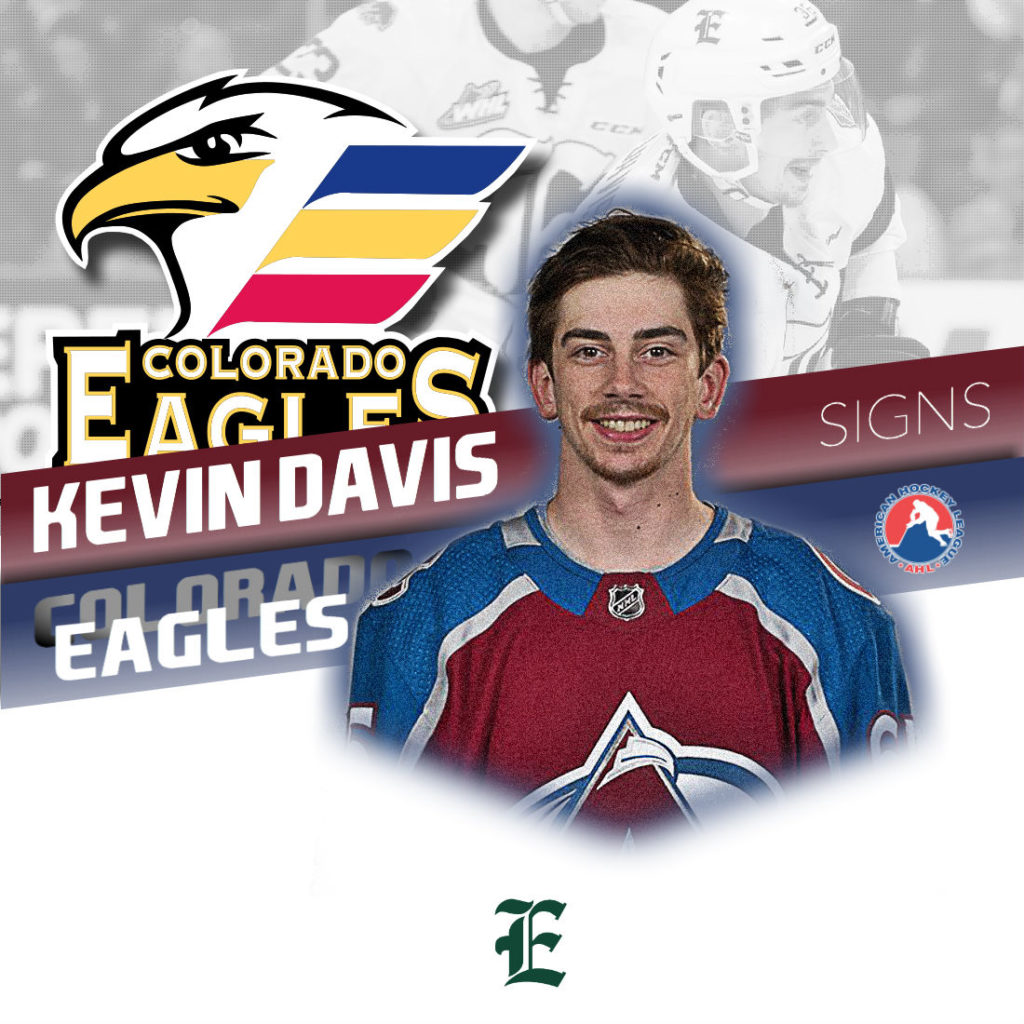 EVERETT, Wash. – The Everett Silvertips (@WHLSilvertips), six time and 2017-18 U.S. Division champions, announced today that the Colorado Avalanche have signed defenseman Kevin Davis to an American Hockey League contract with the Colorado Eagles. Terms of the deal were not disclosed. The Eagles are entering their first season as the AHL affiliate of the Avalanche.

“As organization, the Everett Silvertips congratulate Kevin Davis on a well-earned and well deserved opportunity at the next level,” said Silvertips general manager Garry Davidson. “It’s a milestone that appropriately rewards his dedication, patience, and hard work. Additionally, it solidifies an incredible legacy our 1997-born class leaves with all three players from this past season – Kevin, Matt Fonteyne, and Patrick Bajkov – wrapping up their Silvertips and WHL careers with a clear path to the professional level. We’re forever proud of them.”

“I’m very thankful for this opportunity to sign an American Hockey League contract with the Colorado Eagles,” said Davis. “I couldn’t be in this position without my friends, family, coaches, teammates, Everett Silvertips organization and the Colorado Avalanche organization. I’m very thankful to have great coaches such as Kevin Constantine, Dennis Williams, Mitch Love, Brennan Sonne, and Patrick Pajak for helping prepare me and understand what it takes to be a pro, on and off the ice. The last five years in Everett were so important to make this day happen, and it makes me excited for the future.”

Davis, 21, completed his five-year career in the WHL all in a Silvertips uniform, finishing as the franchise all-time leader in games played (347), third in assists (147), and with 175 points and a +42 rating. Named Silvertips recipient of the Most Improved Player and co-recipient of the Iron Man awards in 2016-17, he helped guide the franchise to three U.S. Division titles and scored the overtime winner for their second Western Conference championship in franchise history in 2017-18.

The contract signing completes a 1997-born class of the Silvertips roster, with continuous playing experience from 2012-17, who have all signed professional contracts: defenseman Noah Juulsen (Montreal/NHL), forward Patrick Bajkov (Florida/NHL), forward Matt Fonteyne (San Jose/AHL), and Davis. On Feb. 22, 2018, Juulsen (who suited up for the Silvertips between 2012-17) became the 18th player in Silvertips history to advance to and make his playing debut in the National Hockey League.