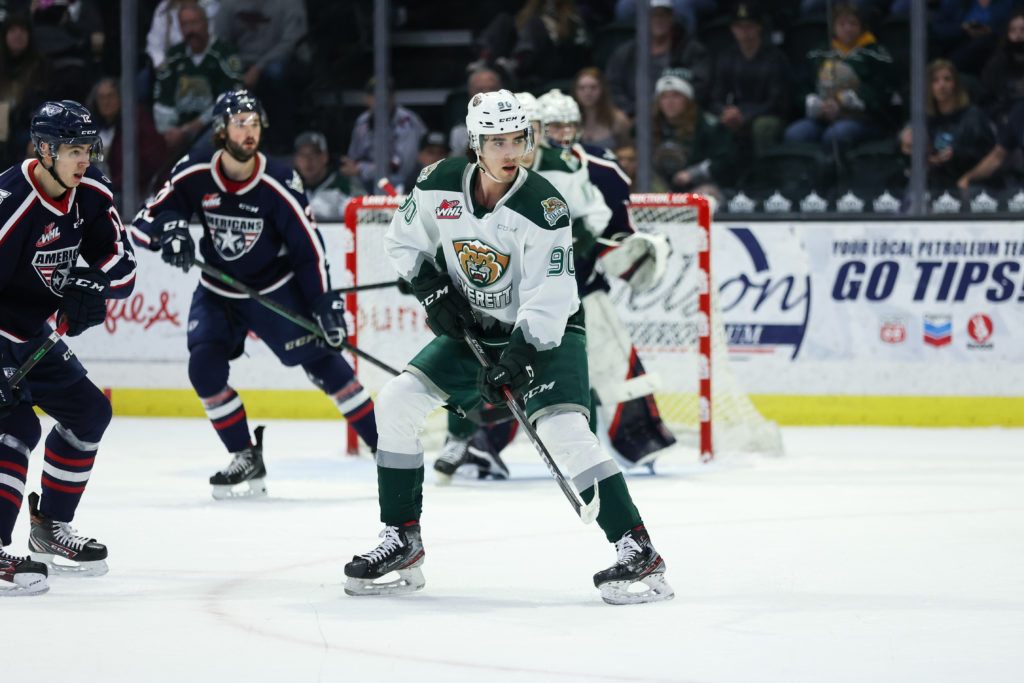 Swetlikoff, who played in his final season of junior eligibility in 2021-22, led the Silvertips in scoring with 33 goals and 51 assists for 84 points in 68 games- a marker that finished tenth overall in the Western Hockey League. He and Jacob Wright are the only two Everett players to appear in every regular season contest this year. His 17 powerplay goals were second-most in the WHL behind only Red Deer’s Ben King, while adding 14 powerplay assists. Swetlikoff also registered a goal and assist while shorthanded, logging key minutes at all three strengths for Everett.

A pre-season acquisition in a trade from Kelowna, Swetlikoff co-earned the Coach’s Award with Ronan Seeley at the Silvertips Team Awards on Apr. 8. His prowess on face-offs, shot generation (led the team with 273 shots on goal) and scorer’s touch contributed to his successful overager campaign.

From the Vegas Golden Knights’ release:

The Vegas Golden Knights announced today, July 9, the roster for the team’s 2022 Development Camp presented by Martin-Harris Construction at City National Arena, which will be held from Monday, July 11 through Saturday, July 16. The 2022 Development Camp roster features 44 players, including 24 forwards, 16 defensemen and four goaltenders.

Both ice sheets at City National Arena will be in use during Development Camp, and all practice sessions are open to the public.