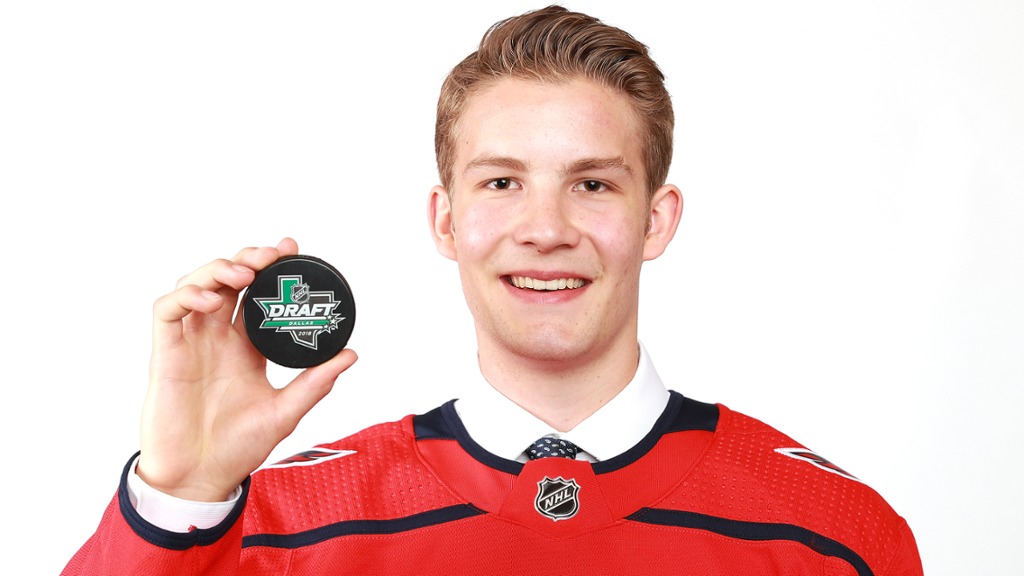 After struggling with an injury for the first part of the season, former Silvertip Riley Sutter scored his first American Hockey League goal for the Hershey Bears. The goal came on Jan. 19, 2020. against the Rochester Americans. The Bears went on to win the game 4-1.

Sutter said that it “felt good” to get his first goal for the Hershey Bears.

“It was a long time coming.” Sutter said, “It’s been a while since I scored goal in an actual game, so it just felt good to get the first one out of the way.”

While reflecting on his time with the Silvertips, Sutter said that the biggest thing he took away from Everett was the winning mentality. “Just trying to be a little bit better every day, on and off the ice.” Sutter said, “I wouldn’t be where I’m at today if I didn’t play for the Silvertips.

Some hockey fans might recognize Riley’s last name, as he is a member of the Sutter family. For multiple generations, the Sutters have produced many notable players and coaches in the world of Hockey. Riley’s dad is Ron Sutter, a 13 year veteran of the National Hockey League.

This family connection lead Silvertips staff to give Riley a nickname prior to even being drafted by the club. Garry Davidson, General Manager for the Silvertips, jokingly recalled Riley’s nickname. “The first time I saw him play he just was basically a Sutter and his dad was Ron, so we called him Ron’s boy.” Davidson said.

Sutter joined the Silvertips in 2014 when he was selected 125 overall by Everett in that year’s Bantam Draft. Sutter made 204 appearances for Everett during his four seasons with the club, recording a career total of 137 points. In 2018 the Washington Capitals selected Sutter in the third round of the NHL draft.

When asked about his teammate, Sutter said, “It’s nice having Garrett here.”

Sutter continued by saying that “He made me feel really comfortable with my surroundings, kind of showed me what’s going on and I’m really lucky to have a teammate like him.”

Though Sutter and Pilon only got to spend one season together in Everett, they made the most of it, playing a significant role in the Silvertips 2017-18 WHL Championship run. Connor Dewar, another key member of the 2017-18 Silvertips is also playing in the AHL for the Iowa Wild. Dewar described playing with Sutter and Pilon in Everett as “a lot of fun.”

When asked about the Championship run, Davidson explained how important those three players were to the team. “For me, the three of them (Dewar, Pilon, and Sutter) on a line was the best line in the Western playoffs”. Davidson Said. “That line made such a big difference.”

Even though the former Everett teammates now compete in the AHL, according to Dewar they still stay in touch. “I text Riley once in a while, see how he’s doing.” Dewar said, “I try to keep up with a lot of the teammates I’ve had.”

The Hershey Bears have had a solid season so far. The Bears currently tied for 3rd place overall in the AHL. Dewar and the Iowa Wild aren’t that far behind, sitting just one point below the Hershey Bears in overall standings.