ALUMNI SPOTLIGHT // Dewar Finding His Home in the AHL

Connor Dewar Tips in the Pros 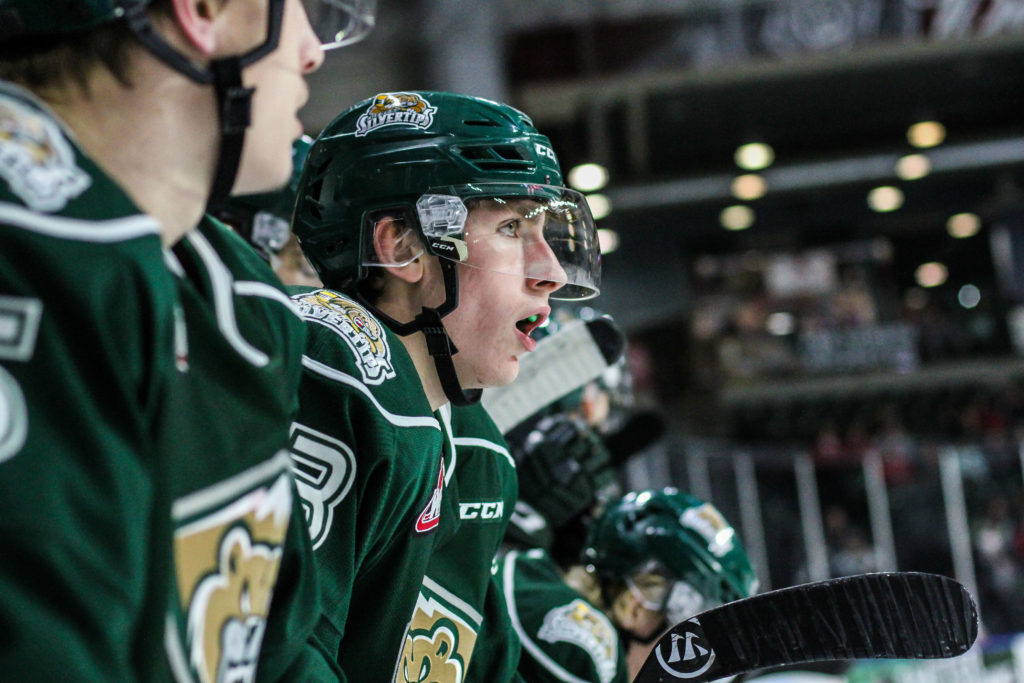 In his first season away from Everett since 2015, Silvertips alumni Connor Dewar – “The Pitbull” known in these parts – is finding his place in the American Hockey League.

Currently playing for the Iowa Wild, Dewar has made 41 regular-season appearances for his new team this season, recording 12 points off of five goals and seven assists. “It’s really different,” Dewar said when asked about adjusting to his new team. “It’s a big adjustment.”

He’s also appeared in 32 straight games for the Wild, forging his way into the lineup. No small feat for a first year pro.

Dewar joined the Silvertips in 2014 when he was taken 107th overall in that year’s WHL Bantam Draft. During his four seasons in Everett, Dewar would make 270 regular-season appearances for the Tips, recording a career total of 198 regular season points for the club.

Beyond just the statistics, Dewar proved that he could be a leader for the club. Garry Davidson, General Manager for the Silvertips, described Dewar as a young man who was “very serious, committed, focused and driven.”

“He is not an overly talkative young man,” Davidson said, “But Connor does one thing, he leads by example.”

In 2017-18, Dewar would serve as alternate captain as well as be recognized as the “ Most Dedicated Player” by the Silvertips at the end of the season. “He worked his butt off,” said former teammate and Silvertip Alumni Garrett Pilon.

“He was a guy I loved to play with, he brought it every single night.”

Both Pilon and Dewar would only spend one season together, however, both players would contribute immensely to the Silvertips 2018 WHL championship appearance.“It was unreal,” Pilon said when asked about his season in Everett. “It was probably the most fun half-season of hockey I have ever played.”

Throughout the playoffs, Dewar would record 26 points with 12 goals and 14 assists as the Silvertips made their second-ever Ed Chynoweth Cup appearance. Despite their efforts, Everett would fall in the finals to the Swift Current Broncos in six games.

The following season Pilon would leave Everett and join the Hershey’s Bears in the AHL. Both Pilon and Silvertips alumni Riley Sutter currently play for the Bears.

Joined the Silvertips the same year as Dewar, with both players playing together until 2019. “He (Sutter) was also a big part of Everett and the success we had there,” Pilon said.

Dewar was appointed Silvertips team captain for the 2018-19 season.“It was special,“ Dewar said when reflecting on his time as captain. “It was a really big honor, there have been some great captains that have gone through Everett.”

In 2018 Dewar was selected by the Minnesota Wild, 92nd overall in the NHL Draft. His final season with the Silvertips would prove to be a productive one. Dewar set a career-high of 45 assists over the regular season, the highest of any Everett player in 2018.

With more than half of the season complete, Dewar and the Iowa Wild sit in second place in the Central Division with 68 points. They trail the Milwaukee Admirals, who have a seven point lead over the Wild.