Anderson, Paszkiewicz named SnoCo CASA Silvertips of the Month for act of kindness 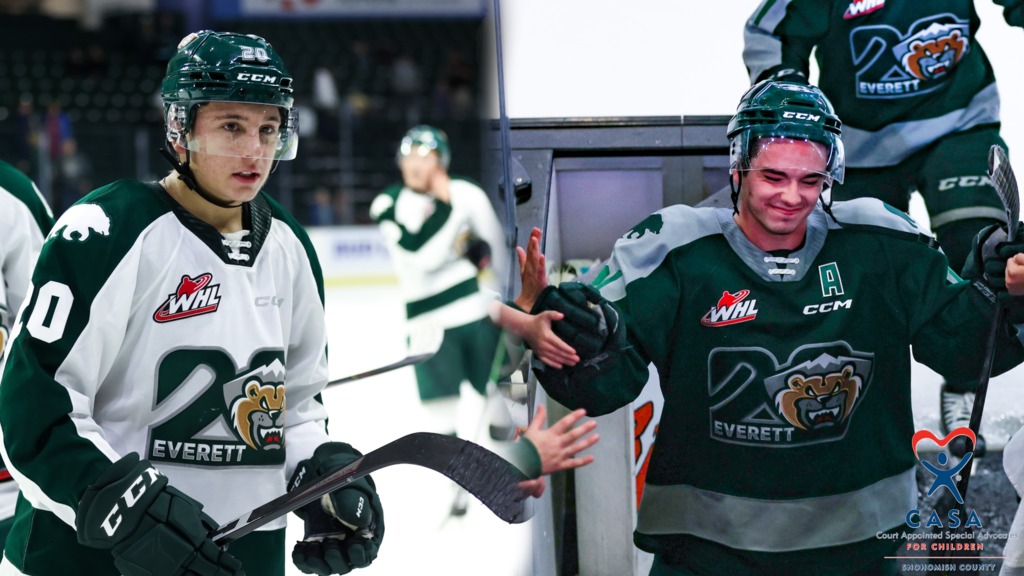 EVERETT, Wash. — The Everett Silvertips have officially named Dylan Anderson and Matthew Paszkiewicz the SnoCo CASA Players of the Month, in recognition of an act of kindness performed on September 19.

Silvertips staffers were alerted to Dylan and Matthew’s good deed the following day. As the two players were leaving Angel of the Winds Arena following the Silvertips’ Season Ticket Pickup Party on that Monday night, they were alerted to a nearby man who had fallen out of his wheelchair and rushed to his aid. They helped the man back into his chair and chatted with him to ensure his comfort.

The tip email to the Silvertips wrote: “We were extremely impressed by the kindness they showed to this man, making sure he wasn’t hurt… and by the way they treated him dignity. These two were willing to take the time to help even after spending the entire evening signing autographs.”

The note continued: “We didn’t realize until after we had the man on his way that they were on the team. Until then, we hadn’t had a chance to ask their names. When we thanked them for their help, they were both very humble, and I am sure they don’t expect any recognition for what they did. But even though this may seem like a small thing, it meant a great deal to the man they helped, and it should not go unnoticed.”

Stick taps to you, Matthew and Dylan!