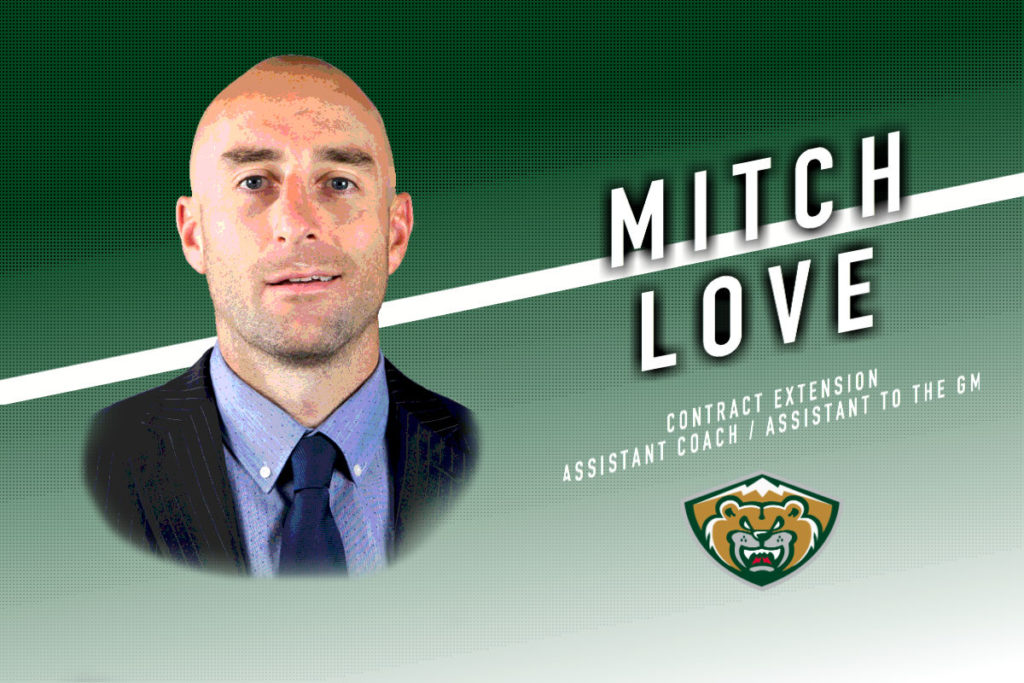 EVERETT, Wash. – The Everett Silvertips, five time U.S. Division champions of the Western Hockey League, and general manager Garry Davidson announced today that Mitch Love has re-signed a multi-year contract extension with the team as assistant coach and will serve in the front office officially as assistant to the general manager.

Love, 33, returns for his ninth season in the organization, and seventh on the Tips coaching staff under the current direction of Dennis Williams, who was named Silvertips head coach on May 15. Love will continue with his responsibilities for strategy and development with Silvertips defensemen and continue serving the hockey operations department in handling day-to-day administrative functions. 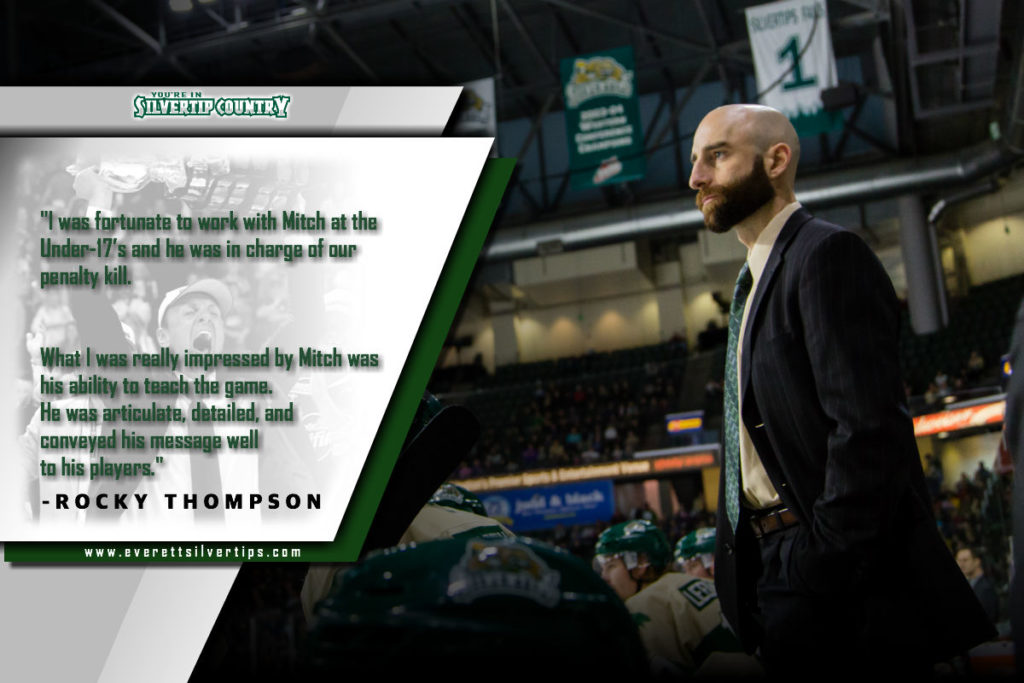 “Since the dawn of this organization, there may be nobody who bleeds Silvertips hockey more than Mitch and it’s important that we provide an environment for our players that includes his familiar voice and direction,” said Davidson. “Away from the bench, Mitch’s thirst for growth has also opened doors to handle important hockey operations related duties for us. He has been impressive and will continue to serve in that role. As we restructure our full time bench to two coaches, we’re excited to continue implementing his expertise with developing defensemen.”

“Fifteen years ago I came to Everett as a 19 year old player, and over the years it has become my home because of the loyal and passionate following of Everett Silvertips fans,” said Love. “During the past six years coaching in Everett, I’ve had the opportunity to work with some great young men assisting in their growth and development into professional and collegiate careers with the ultimate goal of guiding them into becoming successful citizens. I look forward to the start of the 2017-18 season, to be able to continue helping build on our tradition of success here in Silvertip County.”

Love’s defensemen have helped the Silvertips lead the WHL in fewest goals allowed per game in back to back seasons, while ranking fifth or lower in the last four consecutive seasons. Every defenseman who suited up for the Silvertips last season combined for a +49 rating, while four defensemen were +15 or higher. He has served behind the bench for Hockey Canada for a pair of seasons (2015-17) at the World Under-17 Hockey Challenge, where he helped capture a gold medal in his national coaching debut, in 2015-16.

Love will serve on the coaching staff for Hockey Canada again at the program’s U-18 Selection Camp in Calgary, working with 44 players competing for a roster spot in the 2017 Ivan Hlinka Memorial Cup.

Under Love’s direction, Noah Juulsen reached career highs in goals (12), plus-minus (15), WHL Western Conference First Team All-Star honors, and a roster spot with Team Canada at the World Junior Championships. Kevin Davis was the Western Conference Most Sportsmanlike Player honoree, tied for eighth in scoring among WHL defensemen, and ranked third on the Silvertips with a career-high 59 points (9g-50a) in 72 games.

The Quesnel, British Columbia native was a member of the Silvertips inaugural squad in 2003-04 which won the U.S. Division and Western Conference championships. He served as the second captain in club history the following season and was signed by the Colorado Avalanche as a free agent on Oct. 11, 2005.

Love suited up in 325 career games over the course of six seasons, all but one in the AHL. He earned 30 points and 934 penalty minutes while scoring a goal in 16 postseason games, also skating in 320 career WHL games with the Silvertips, Moose Jaw Warriors and Swift Current Broncos, earning 99 points and 901 penalty minutes.