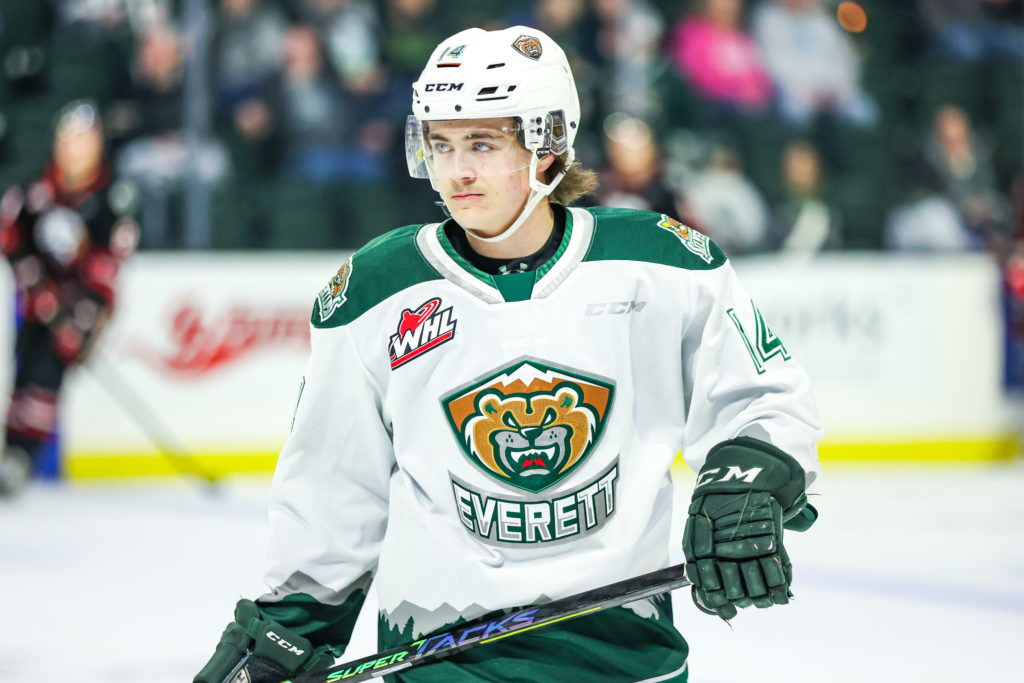 Roest, an ’04-born Coldstream, BC native, flourished in a variety of roles in 2021-22, proving to be a tenacious and versatile forward. Though mostly utilized as a winger, Roest played several games at the center position (where he played at the bantam level) in the absence of several teammates midway through the season due to the World Junior Championships and injuries.

He accumulated 13 goals and 19 assists in 59 games played in the regular season, with a goal and four assists coming on the man advantage. His best performance came on Mar. 15, as he notched a goal and two assists in a 3-0 road victory against the Spokane Chiefs. He finished ranked 180th amongst North American skaters on the NHL Central Scouting final list prior to the NHL Draft.

Roest is the fourth Silvertips skater to attend an NHL Development Camp this summer. Ben Hemmerling and Ryan Hofer will report to the Vegas Golden Knights and Washington Capitals respectively as sixth-round selections in the 2022 NHL Draft, while recent alum Alex Swetlikoff will join Hemmerling in Vegas as a camp invitee. Goaltender Braden Holt has also been invited to Nashville Predators Development Camp.