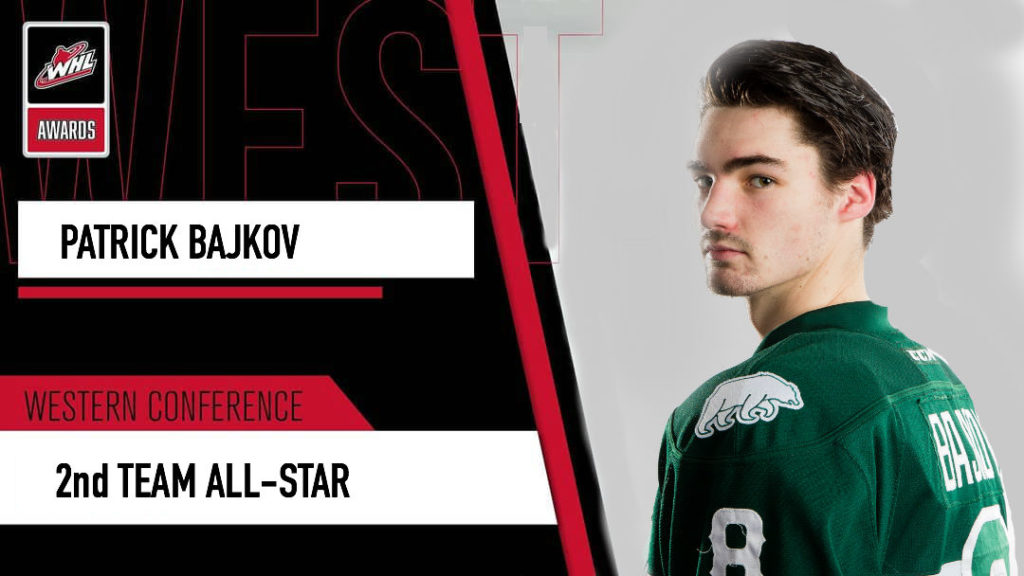 Bajkov, 20, is the franchise leader in goals (112), assists (176), points (288), and is second all-time in games played (342). This season the 6-foot, 185 pound forward became the first player in Silvertips history to earn 100 points in a single season, totaling a career high 33 goals and ranking fourth in the WHL with 67 assists in 72 games for this season. Bajkov was also named Silvertips Iron Man co-recipient, and recipient of the Silvertips leading scorer award.

He had a pair of hat tricks this season and signed a three-year, entry level NHL contract with the Florida Panthers on Mar. 9, 2018.

The native of Nanaimo, British Columbia became the Silvertips all-time leader in points when he bagged a goal and an assist on Feb. 2 in a Silvertips 3-2 victory at Kelowna, then earned the 108th goal of his career on Mar. 2 in a 4-2 win over Kelowna on Mar. 2 in downtown Everett. Along with his third and final hat trick of his regular season career, Bajkov broke the franchise record for most assists in one season (176) on Mar. 17 at Victoria, an 8-1 Tips win.