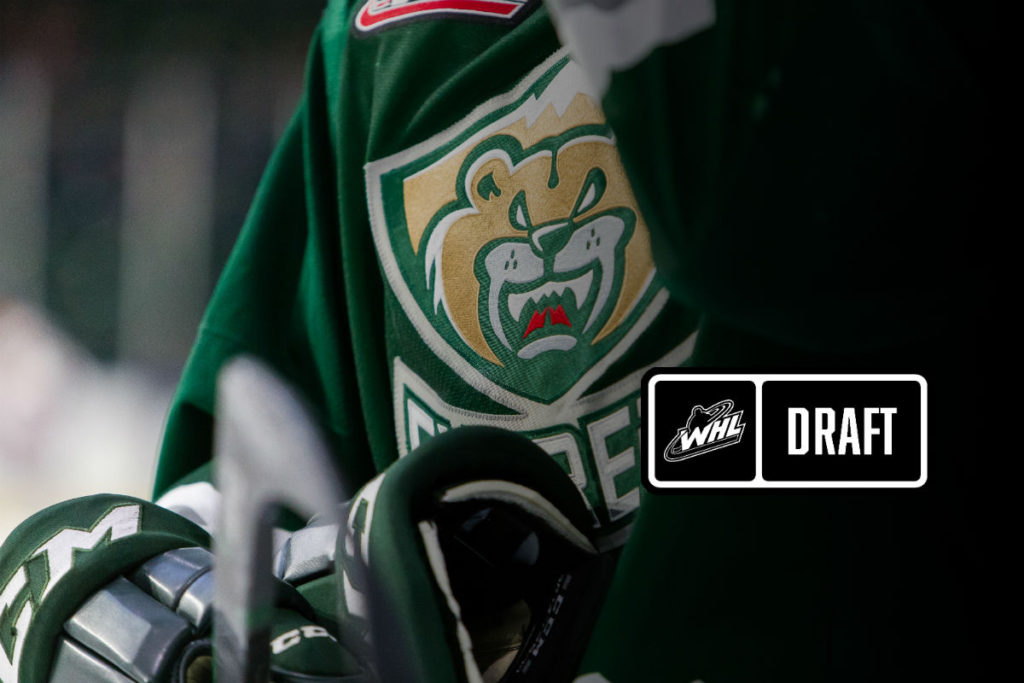 Early May represents the launch of the new frontier, and the end of journey into assembling the Everett Silvertips next pillars to uphold the foundation.

The 2017 WHL Bantam Draft, coming Thursday in Calgary, annually brings the finish line to accumulate every WHL team and its brass to select top end talent (this year, from the 2002-born class) across the entire western region of North America.

For the Silvertips, the first round represents a bit of a waiting period, but still with an ample opportunity to select the best available talent. They will get their first crack with the 20th overall selection, ready to find the next generation from Alberta, B.C., Manitoba, Saskatchewan, Northwest Territories, Yukon, Alaska, Arizona, California, Colorado, Hawaii, Idaho, Kansas, Minnesota, Montana, Nebraska, Nevada, New Mexico, North Dakota, Oklahoma, Oregon, South Dakota, Texas, Utah, Washington and Wyoming.

Pretty much, from far and wide.

For the record: they’re picking 19 spots after what some are calling Kaiden Guhle’s “hello moment.”

Much of the Silvertips roster, successfully hunting down their fifth U.S. Division title in 14 seasons, was constructed through the draft. It all starts with the much heralded 97-born company, entering their 20-year old season next year (reminder: Noah Juulsen, under contract to Montreal, is eligible to play next season in the AHL):

(signed, has yet to make WHL debut)

At the controls alongside Tips general manager Garry Davidson is Director of Player Personnel Bil LaForge, and a cacophony of region scouts the Tips deploy through several sectors of North America, manufacturing a current roster that – not accounting for rising talent Gianni Fairbrother – had 14 players with full time experience last season and are eligible to return in 2017-18.

As the Tips gather for the draft, while understandably not choosing to reveal any trade secrets, Davidson and LaForge explained the mathematics and groundwork necessary for an effective day.

SILVERTIPS GENERAL MANAGER GARRY DAVIDSON:
“I think our approach doesn’t change, year to year. We watch players form the start of the year to this month when it all culminates in camp at California. We pull names from each region, put them on the list, sort it over several times by position, and simply select off our list. Our number one guy usually is gone before we got to pick – and we don’t have the first overall pick.”

“This year, we don’t pick until 20th. We have to assume our fair end of the top amount will be gone because other teams have similar lists. There’s no priority with it. We’ll take the player at the top of our list when the 20th pick comes around. Then we’ll move forward from round to round.”

“The other good thing is we have picks in every round this year except the sixth round, and have two in the fourth. We’ve had a lot of success picking guys in rounds three to six. It’s the same approach we’ve taken every year, and it’s worked fairly well.”

ON HOW PICKING PLAYERS IS DICTATED BY A SET NUMBER OF PICKS IN THE FIRST FEW ROUNDS:
“We go into this trying to project all guys will play in the WHL at some point. We have five main areas of focus when we look at a player and put numbers to it. It’s still difficult because we’re dealing with players who are still maturing.”

“They always say if you have ten picks and you’re successful having four or more signed from that draft class play on your team, you’ve had a real successful draft. It’s kind of like the ‘.300 hitter rule’ (in baseball) so in this case you’re trying to be a .400 hitter. We’ll keep our fingers crossed about how we’ve evaluated and that a number of the guys we pick this year wind up on our roster.”

HOW HELPFUL AND VALUABLE ARE YOUR SCOUTS WITH ALL OF THIS?
“I think we’ve got an outstanding group of scouts. They get out early in September and work hard all winter long. We put a lot of value into the amount of work as opposed to (one week). Evereything is documented in the software database we use. Each and every one of our scouts inputs data and the reports generate the final sort of grade for each player.”

“We’ve got a great group of guys working for us. They put in a lot of hours at the rink and a lot of time doing their reports. It’s not a one-man or two-man show. It’s a group of guys that work as a team and try to come up with a great list heading into the draft.”

SILVERTIPS DIRECTOR OF PLAYER PERSONNEL BIL LA FORGE:
“There’s depth at all positions. I don’t know how many standouts there are this year, but there’s good depth and I think you’ll get a good player at number 20. We’ll do our best to get a good player at every pick. I think we have a chance to get one of the guys we identified as a player who will be available, but has a higher upside.”

WHAT DO YOU VALUE THIS YEAR AND HOW DO YOUR CORE CHARACTERISTICS COMPARE TO PREVIOUS YEARS?
“One thing that Garry really helped us with and brought in to communicate for the group was we don’t really change what we’re looking for. We have a formula and stick to it. We want guys who can skate, play hard, be smart, and have skill. Those are non-negotiable attributes. They have to do those things to be a Silvertip. Skating, hockey sense, and hands really play into it.”

Silvertips live coverage of the 2017 WHL Bantam Draft on Thursday, May 4, opens at 7:30 a.m. at @WHLSilvertips and live streaming is expected to launch simultaneously on www.whl.ca/draft.