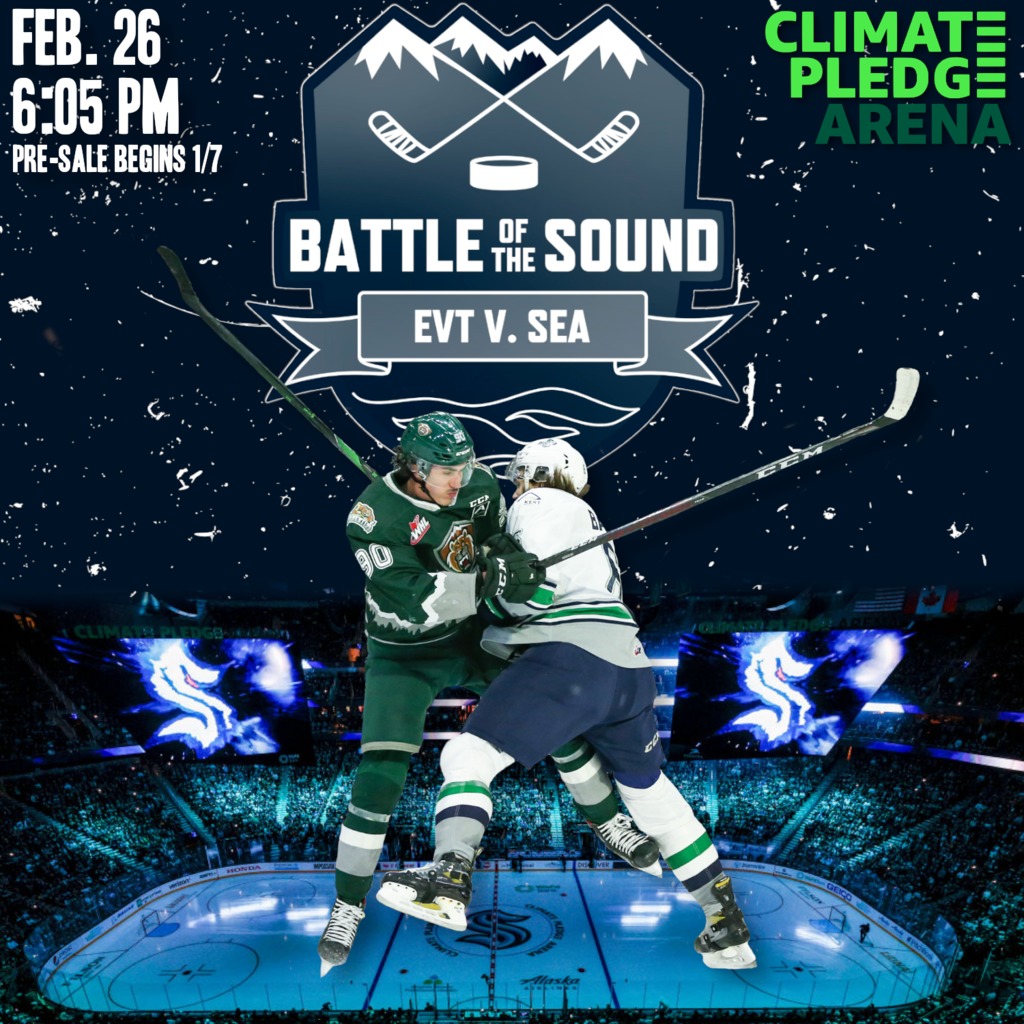 Puck drop is scheduled for 6:05 p.m. PDT. It will be the first Western Hockey League game played at Climate Pledge Arena (formerly KeyArena) since Dec. 30, 2008, when the Seattle Thunderbirds bested the Chilliwack Bruins 2-0 in front of 3,378 fans. It will be the ninth meeting of the season between the Thunderbirds and Silvertips. The Silvertips currently hold a 5-1-0 record against Seattle this campaign.

Everett Silvertips season ticket holders will be provided an exclusive pre-sale link beginning Friday, Jan. 7 at 9 a.m. with an opportunity to purchase tickets for the “Battle of the Sound” at Climate Pledge Arena through Ticketmaster. Tickets will be available to the general public on Monday, Jan. 10.