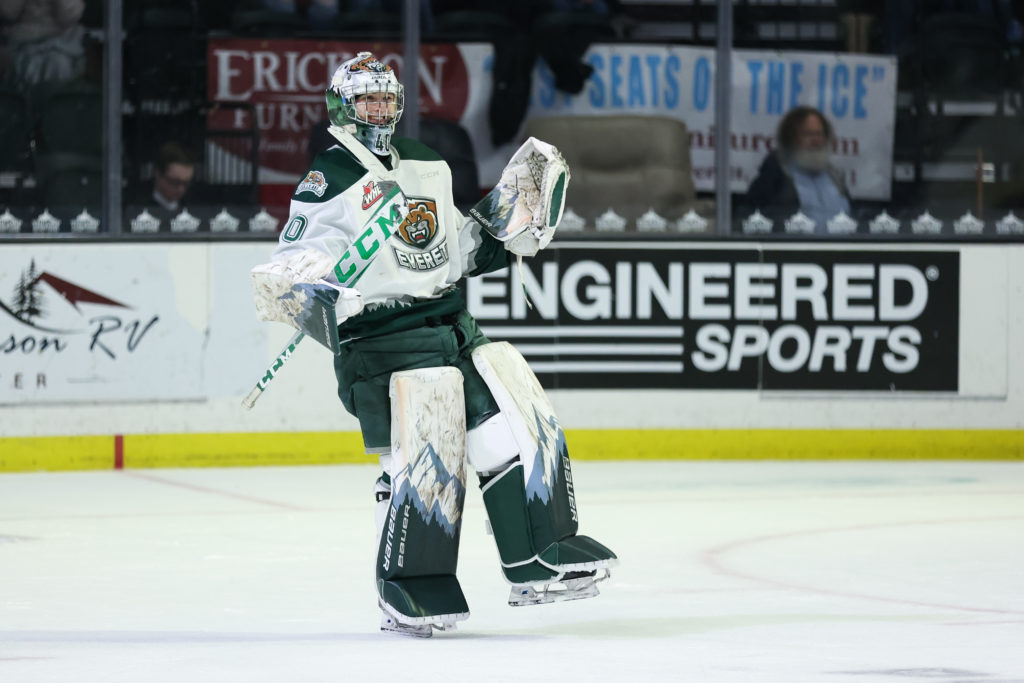 Holt, an ’03-born Bozeman, MT native, finished as the sixth-winningest goaltender in the Western Hockey League in 2021-22 with a 24-6-4 record. His 2.56 goals-against average was 10th-best in the league with a .909 save percentage, good for 11th-best. He recorded four of the team’s eight shutouts on the season, tied for fourth-most of any individual goaltender in the WHL.

Holt began the season 9-0-1, a lynchpin in Everett’s franchise-record 18-game point streak to start the season. His strongest performance of the season came on Dec. 18, 2021 against the eventual Western Conference champion Seattle Thunderbirds. Holt turned aside 49 of 50 shots on goal for a 4-1 victory on home ice with only 14 skaters dressed in front of him. He was ranked 11th amongst North American goaltenders by NHL Central Scouting in their final list prior to the NHL Draft.

This is the second NHL development camp that Holt has attended, having been invited to Toronto Maple Leafs camp last summer. Holt will be attending USA Hockey National Development Camp ahead of the 2023 IIHF World Junior Championship later this month.

Four other Everett Silvertips have been listed on NHL Development Camp rosters to this point. Ben Hemmerling and Ryan Hofer will report to the Vegas Golden Knights and Washington Capitals respectively as sixth-round selections in the 2022 NHL Draft, while recent alum Alex Swetlikoff will join Hemmerling in Vegas as a camp invitee. Forward Austin Roest will attend Colorado Avalanche Development camp this week.