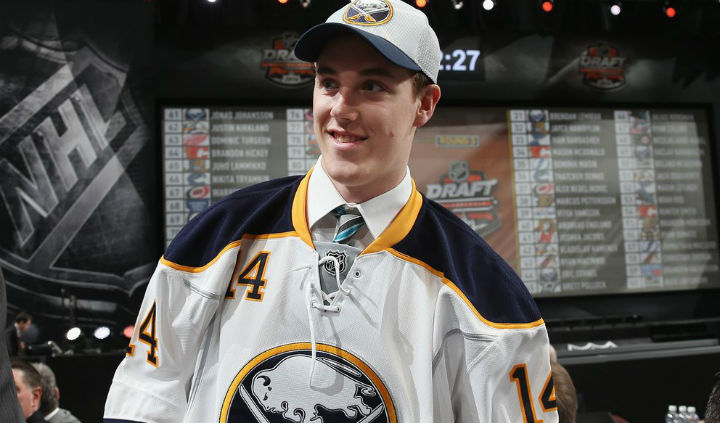 EVERETT, Wash. – Everett Silvertips (@WHLSilvertips) defenseman Brycen Martin has signed a three-year, entry-level contract with the Buffalo Sabres of the National Hockey League, the club announced today in conjunction with the Sabres.

Martin, who turned 20 years old on May 9, tied a career high in goals (6), assists (31) and points (37) in 66 games this season with the Silvertips and Saskatoon Blades. He was fifth on the Silvertips in scoring and also notched six power play points after being acquired by the club on Dec. 1, also appearing in all nine playoff games while registering a game-winning goal and an assist.

The 6-foot-2, 202 pound defenseman was originally selected by the Sabres in the third round (74th overall) of the 2014 NHL Entry Draft, attended his first training camp with Buffalo last season and made his professional debut at the end of the season with the Rochester Americans, skating in two games with the Sabres’ American Hockey League affiliate.

In 277 career WHL games with Everett, Saskatoon, and Swift Current, Martin has 131 points (21g-110a) and 154 penalty minutes while adding four points (1g-3a) in 20 career postseason games. He skated for Canada Pacific at the Under-17 World Hockey Challenge in 2012-13, leading the tournament’s defensemen with nine points (2g-5a) in five games.

He joins Noah Juulsen (Montreal, first round in 2015) as two Silvertips players on the current roster drafted by NHL clubs. In 13 seasons of WHL play, the Silvertips have had 15 players move on to play in the NHL.

2016-17 SCHEDULE, TICKET INFORMATION
The Silvertips will announce their 2016-17 schedule soon, offering full season tickets, 22-game, and 14-game plans for as little as $200 total per seat. Deposits for $50 secure a seat by visiting the Silvertips deposit portal.