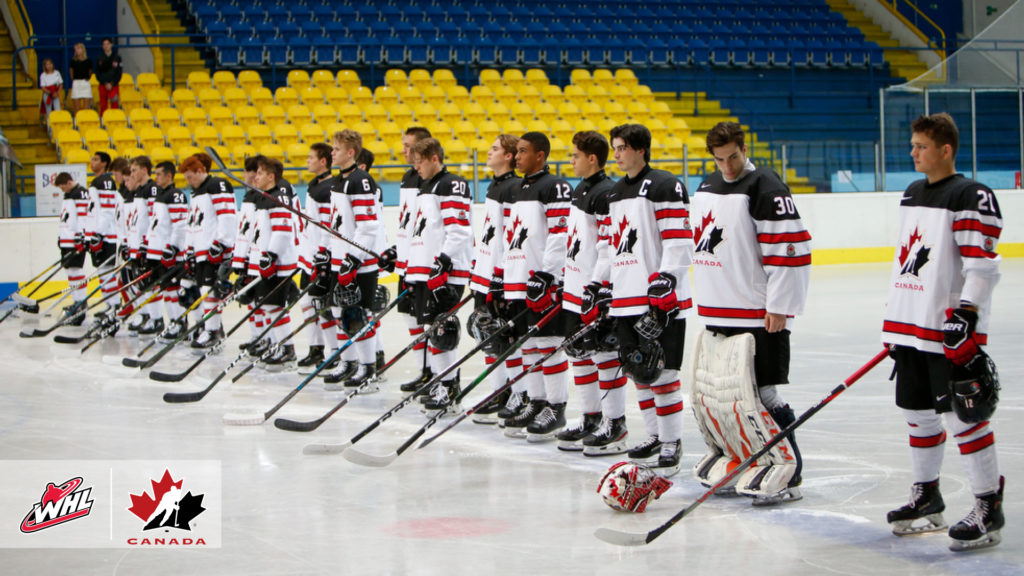 Canada surged into the semifinals at the 2019 Hlinka Gretzky Cup with a 7-1 victory over the Czech Republic Wednesday in Breclav, Czech Republic. Dennis Williams, who will enter his third season on the Silvertips bench as head coach, has helped guide Team Canada’s run through the tourney behind the bench as assistant coach.

The result was aided by two goals in the first, two in the second, and three in the third.

“Playing against the Czechs at home was a lot of fun and there was a lot of energy in the building, but we did a good job of battling through it,” said head coach Michael Dyck. “Now we have to move on, and we look forward to getting prepared to face off against Sweden. We will use tomorrow as a springboard into Friday, but we are really excited about the opportunity to play in the semifinals and go up against a strong opponent like Sweden.”

Our coach: into the semis. ✅

It's a great day to be a Silvertip. 🇨🇦#HlinkaGretzkyCup pic.twitter.com/3dosPd5SMV

“We are excited for the medal round and our semifinal game on Friday,” said defenseman Daemon Hunt. “Our coaches have done a great job of making sure the team sticks to our game plan of being relentless, and we need to continue to do that to be successful moving forward.”

Michal Gut, a signed import forward prospect of the Everett Silvertips, had the lone goal for the host Czech Republic. Next up for Canada is a well-deserved day off Thursday before they face Sweden in the semifinals Friday. The gold medal game will be played Saturday, August 10.

GAME OVER! 🇨🇦 closes out a perfect preliminary round at the #HlinkaGretzkyCup with a 7-1 win over 🇨🇿.

It'll be 🇨🇦🆚🇸🇪 in the semifinals on Friday.

Czech Republic will take on Team USA in the 5th place game.

“We are motivated to win this game,” said Gut. “We need to do it also for our fans, they have been unbelievable”.