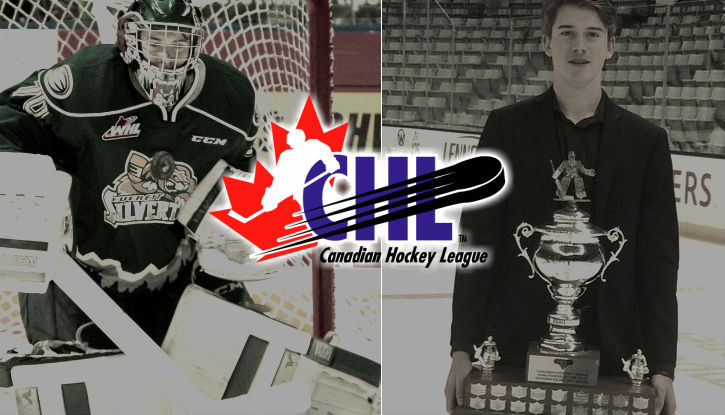 EVERETT, Wash. – Everett Silvertips (@WHLSilvertips) goaltender Carter Hart has been named recipient of the Vaughn Canadian Hockey League Goaltender of the Year award, announced today in conjunction with the CHL at the 2016 MasterCard Memorial Cup festivities in Red Deer.

Hart, 17, adds to his resume as the first Silvertip goaltender to capture the award in the franchise’s 13 seasons, in addition to earning the Del Wilson Memorial Trophy as WHL Goaltender of the Year in his second full WHL campaign.

The 6-foot-1, 170-pound goaltender earned 35 wins this regular season, leading the league and was second in goals against average (2.14), tied for second in shutouts (6), and second in minutes (3,693), en route to a 35-23-1-3 record and First Team All-Star selection in the Western Conference of the WHL.

He earned his first career playoff shutout in the second round, this season against the Seattle Thunderbirds in Game 1 (26 saves in a 3-0 victory) and has posted a 53-29-3-7 record with a 2.22 goals against average and a .917 save percentage with 10 shutouts in 95 career WHL regular season appearances with the Silvertips. 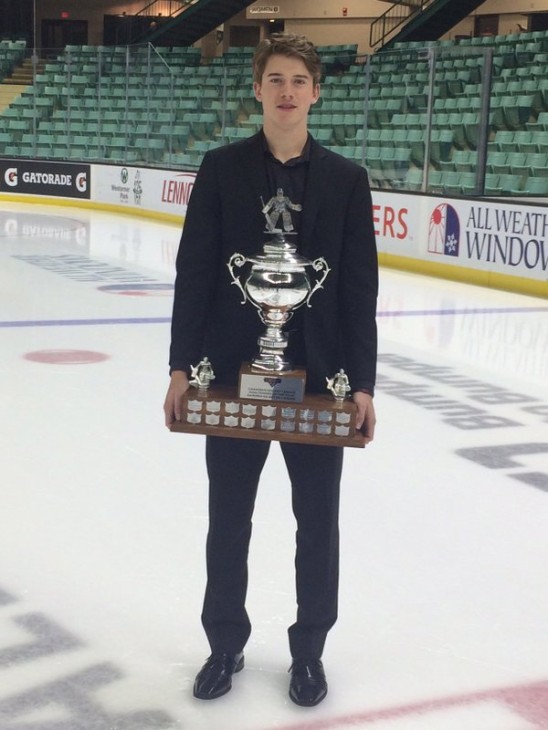 Prior to this season, he earned a gold medal with Team Canada at the 2015 Ivan Hlinka Memorial Cup.

Hart is listed as the #2 ranked goaltender (North American) in the final draft rankings, produced by NHL Central Scouting. He will be one of 114 players across the world eligible for the 2016 National Hockey League Entry Draft invited to this year’s NHL Scouting Combine, scheduled for May 30-June 4 at First Niagara Center and the HarborCenter in Buffalo.

Among those with notable NHL experience who have captured the CHL Goaltender of the Year award are Carey Price (Montreal), Cam Ward (Carolina), Felix Potvin, Martin Biron, Stephane Fiset, and Trevor Kidd.

2016-17 SCHEDULE, TICKET INFORMATION
The Silvertips will announce their 2016-17 schedule soon, offering full season tickets, 22-game, and 14-game plans for as little as $200 total per seat. Deposits for $50 secure a seat by visiting the Silvertips deposit portal.