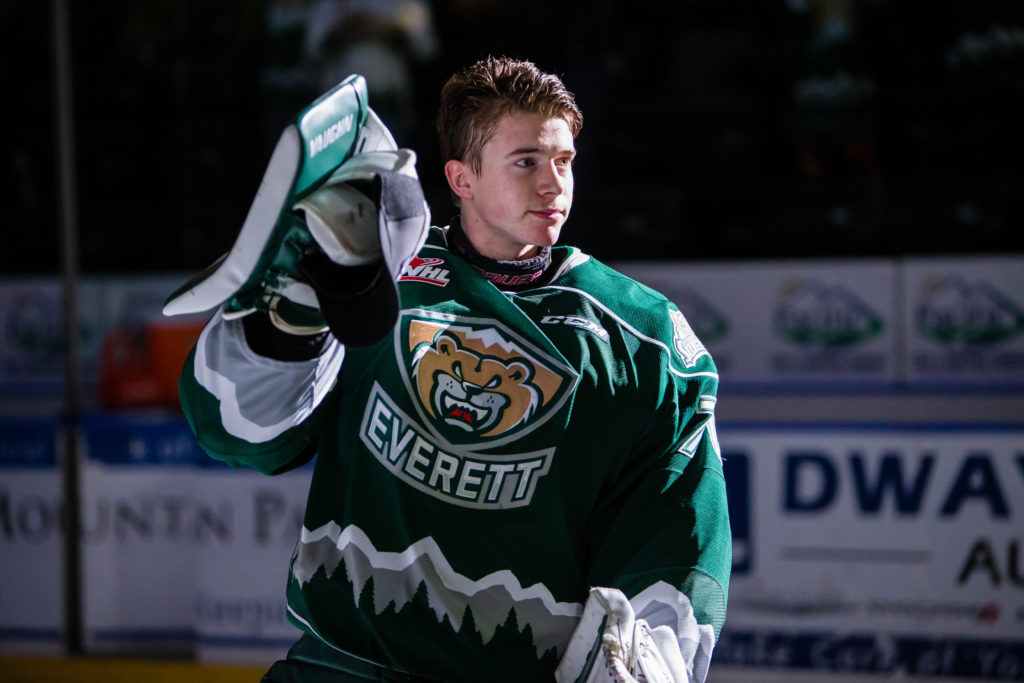 EVERETT, Wash. – The Everett Silvertips (@WHLSilvertips) announced today that goaltender Carter Hart has been reassigned to the team from the Philadelphia Flyers of the National Hockey League.

The Silvertips, who have all players returned from NHL training camps, host Opening Night at XFINITY Arena tonight against the Portland Winterhawks (7:05 p.m.), when the first 3,000 fans will receive a collectible Silvertips magnet schedule presented by Lamoureux Real Estate. Tomorrow’s return to home ice is a 4:05 p.m. start time against the Tri-City Americans. Tickets are available at www.everettsilvertips.com/openingweekend.

Hart, 19, returns to Everett as the reigning back-to-back WHL Goaltender of the Year and Silvertips Most Valuable Player. He comes off last season when he led the league in shutouts (9), goals-against-average (1.99), was tied for the league lead in save percentage (.927) and went 32-11-6-2 in 54 games.

The 6-foot-2, 185-pound goaltender is second on the Silvertips all-time shutout list (19), trailing Leland Irving by two and seven away from the league record. He earned the Canadian Hockey League Goaltender of the Year award in 2016.

Season Tickets and Mini-Plan Packages (22-game and 14-game selections) are available for as low as a $50 deposit at www.everettsilvertips.com/season.