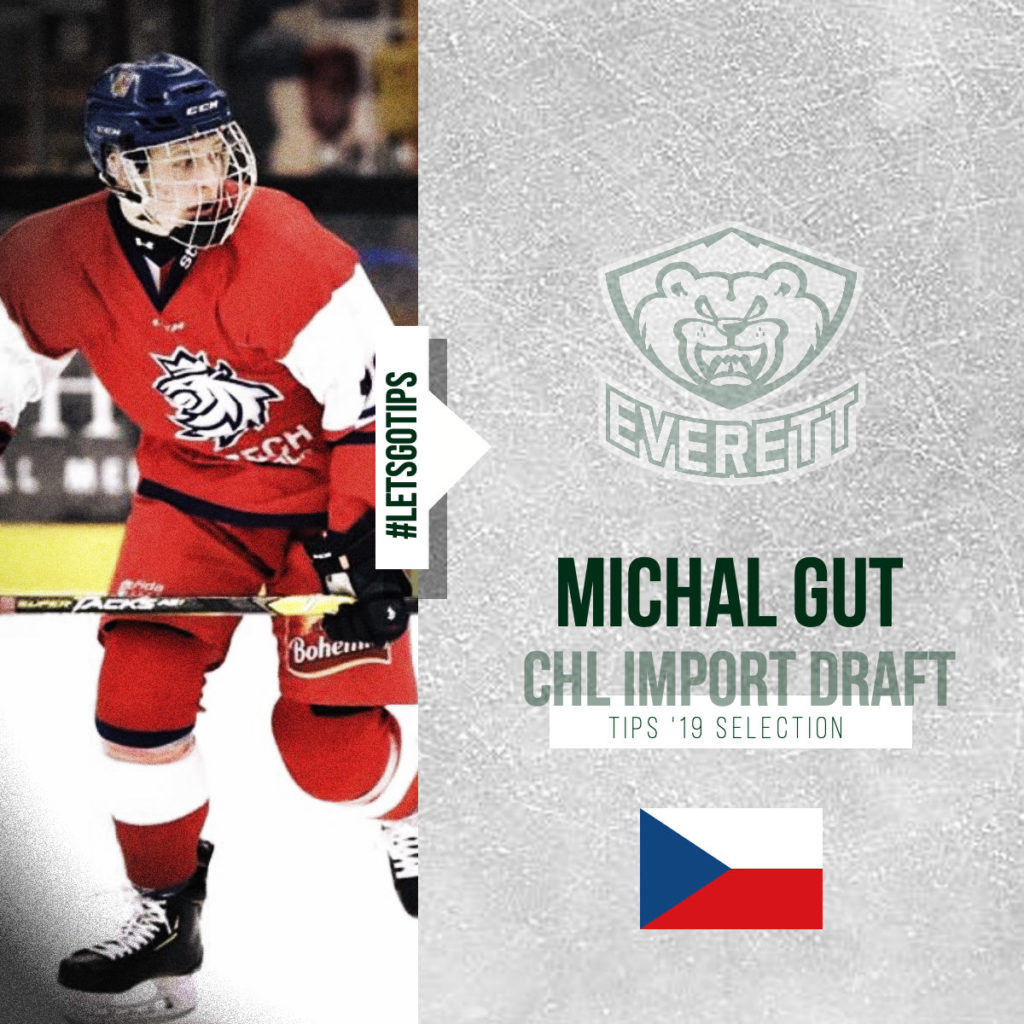 “Michal brings a mature game for his age and we welcome him to the Silvertip family as our selection in the 2019 CHL Import Draft,” said Davidson. “Our staff delivered an excellent job with preparations for today, and were consistent with reports on Michal as a center who can distribute the puck, operate as a weapon on special teams, and improved his skating over the course of this last season. We’ve learned he’s very excited to start his career in North American with us and we’re looking forward to welcoming him.”

The Silvertips made the selection after defenseman Artyom Minulin (Russia) completed his overage season. Forward Martin Fasko-Rudas remains on the Silvertips roster, scheduled to play in his third WHL season.

Gut, a 2002-born forward, was tied for third on Pirati Chomutiov (Czech U19) with 34 points in 33 games, additionally ranking fifth with 20 assists while adding four points in five playoff games and tying the club lead with three postseason goals.

The 5-foot-10, 174 pound forward additionally suited up in ten games with Pirati Chomutiov’s Czech Extraliga club, and represented the Czech Republic at the World U17 Hockey Challenge with a goal in five games. The season prior, Gut racked up 38 points (19g-18a) in just 19 games for Pirati Chomutiov’s U16 club, and was second on the U18 program with 40 points (19g-21a) in 33 games while ranking second with a +17 rating.

The native of Kadan, Czech Republic has 18 points in 25 games for International Junior competition, and 81 points (42g-39a) along with a +40 rating in 57 games for his career at the U16 level. With the Team Czech Republic at the European Youth Olympic Festival last season, he earned an assist in three games and helped guide the program to a gold medal.

The Tips full regular season schedule offers full 34-game season tickets, 22-game, and 14-game plans for as little as $215 total per seat. Deposits for $50 will secure a seat for the 2019-20 season, available at www.everettsilvertips.com/season or by calling (425) 252-5100 during normal business hours (Monday through Thursday during the offseason, 9am to 4pm). Seven game packs will be on sale starting July 9.