Christiansen Back from Calgary Camp 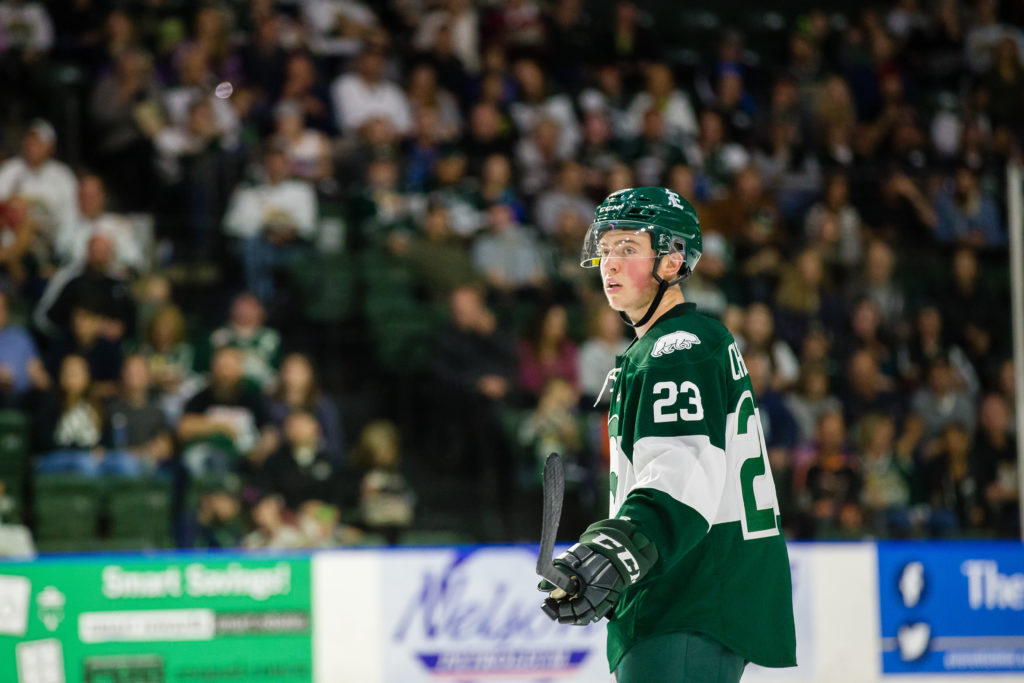 EVERETT, Wash. – Everett Silvertips (@WHLSilvertips) defenseman Jake Christiansen has been returned to the roster of the team from the Calgary Flames of the National Hockey League, Silvertips general manager Garry Davidson announced today.

Christiansen, 19, was a Silvertips Iron Man award recipient for the past two seasons, playing all 72 games. He scored six goals each season, but nearly doubled his assist total from the last season in 2017-18, with 25 assists for a career high 31 points.

Christiansen originally attended Flames camp on an amateur tryout offer and has 192 games of WHL experience, all with Everett, and has 16 goals and 48 assists for a total of 58 points in three seasons. He’s been a part of two Silvertips teams to capture the U.S. Division title, and also added nine points in 41 playoff games, over half of those games being part of last season’s Western Conference championship run.

Opening the Silvertips home schedule, which covers 34 games this season at Angel of the Winds Arena, is Opening Night against the Vancouver Giants on September 22 at 7:05 p.m. All fans will also witness the raising of the Silvertips sixth U.S. Division championship banner and second Western Conference championship banner to the rafters before the opening puck drop, and the first 5,000 fans at the doors will receive a collectible Silvertips magnet schedule, presented by Lamoureux Real Estate and Sound Transit.