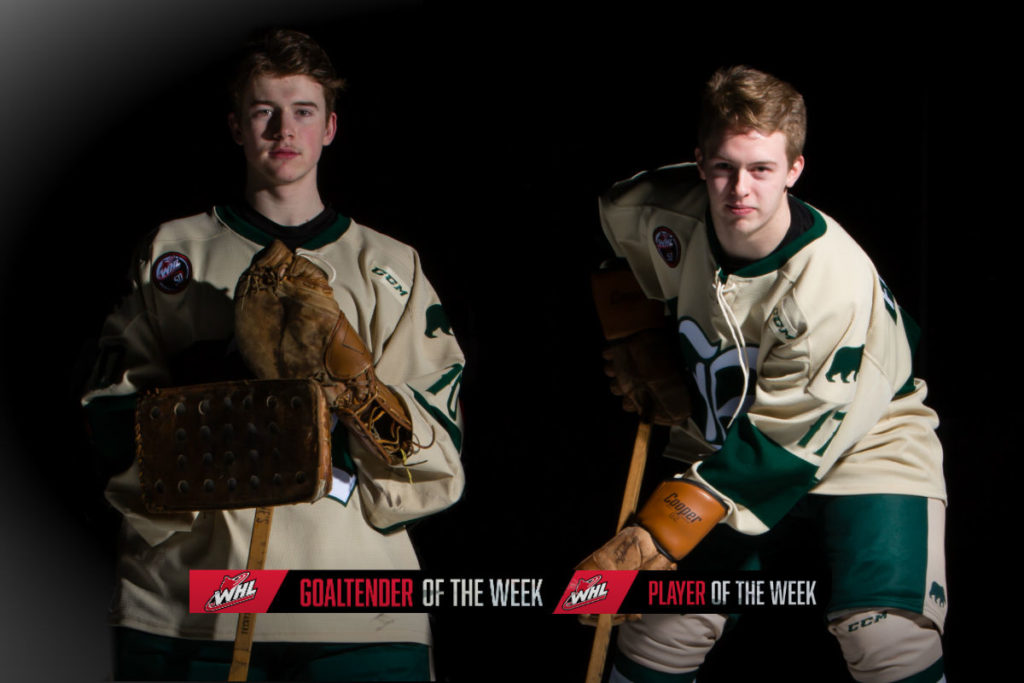 The award is the fifth claimed by Hart this season and 14th in his career. The 19-year old goaltender, in his fourth full season as the Silvertips all-time leader in shutouts (25), won both his starts last week while compiling a 0.50 goals-against-average and .980 save percentage after allowing one goal on 49 shots.

Saturday against the Brandon Wheat Kings, Hart recorded a 25-save shutout for his league-leading sixth shutout of the season. The clean sheet was the 25th of his WHL career, placing him one back of Tyson Sexsmith’s WHL all-time record. Hart was named the third star of the game and picked as the WHL’s second star of the night for his efforts between the pipes.

Less than 24 hours later, Hart started against the WHL’s fourth-best offense, with the Swift Current Broncos averaging four goals per game, and allowed just one goal on 24 shots in a 4-1 win over the Broncos.

His 102 victories are second on the Silvertips all-time list, five behind career leader Leland Irving.

Hart was the first goaltender selected in the 2016 NHL Entry Draft, taken second round (48th overall) by the Philadelphia Flyers.

MATT FONTEYNE – WHL ON THE RUN PLAYER OF THE WEEK

Currently in his fifth and final season with the Silvertips as a 20-year old NHL free agent, Fonteyne recorded 10 points (3G-7A) and a plus-six rating in three games as the Silvertips enjoyed three victories in three games, boosting their winning streak to seven games as they retained the U.S. Division lead and took a one-point lead atop the WHL’s Western Conference.

Saturday, the Silvertips shut out the Wheat Kings, 4-0 in a game that featured a pair of goals and three points from Fonteyne. He scored the game-winner in the first period.

Sunday, he added a goal and an assist as the Silvertips took down the visiting Broncos by a 4-1 final.  Fonteyne drew a primary assist – his fifth of the week – on the game-winning goal. Seven of Fonteyne’s points this week came at even strength while the other three came on the power play.

A 5-foot-10, 170-pound product of Wetaskiwin, Alta., Fonteyne has enjoyed a career year with the Silvertips, tallying 64 points (28g-36a) in 48 games, placing him first in goals and second in team scoring. Fonteyne is also tied for 11th in WHL scoring.

Originally drafted in the third round, 66th overall, by the Silvertips in the 2012 WHL Bantam Draft, Fonteyne has appeared in 316 career WHL regular season games with Everett, fifth all time in franchise history. In that time, he’s recorded 185 points (75G-110A), including 26 power-play goals, two short-handed goals and 10 game-winning goals. He’s also appeared in 35 WHL playoff games, scoring 14 points (6G-8A), including four power-play goals and one game-winner.

Matt, grandfather, Val skated 13 years in the NHL (Detroit, Pittsburgh, NY Rangers), was an original member of the Edmonton Oilers (WHA) in 1973-74, and for four seasons with the Seattle Americans and Totems (WHL-Sr.) from  1955-59.

UP NEXT: The Tips host the Seattle Thunderbirds, up next on Friday at 7:35 p.m. (1380 AM & 95.3 / Tips App / WHL Live) at Angel of the Winds Arena in downtown Everett, with doors opening at 6:00 pm Hockey Happy Hour (presented by BroadStroke Associates). Tickets are on sale at www.everettsilvertips.com/hhh.