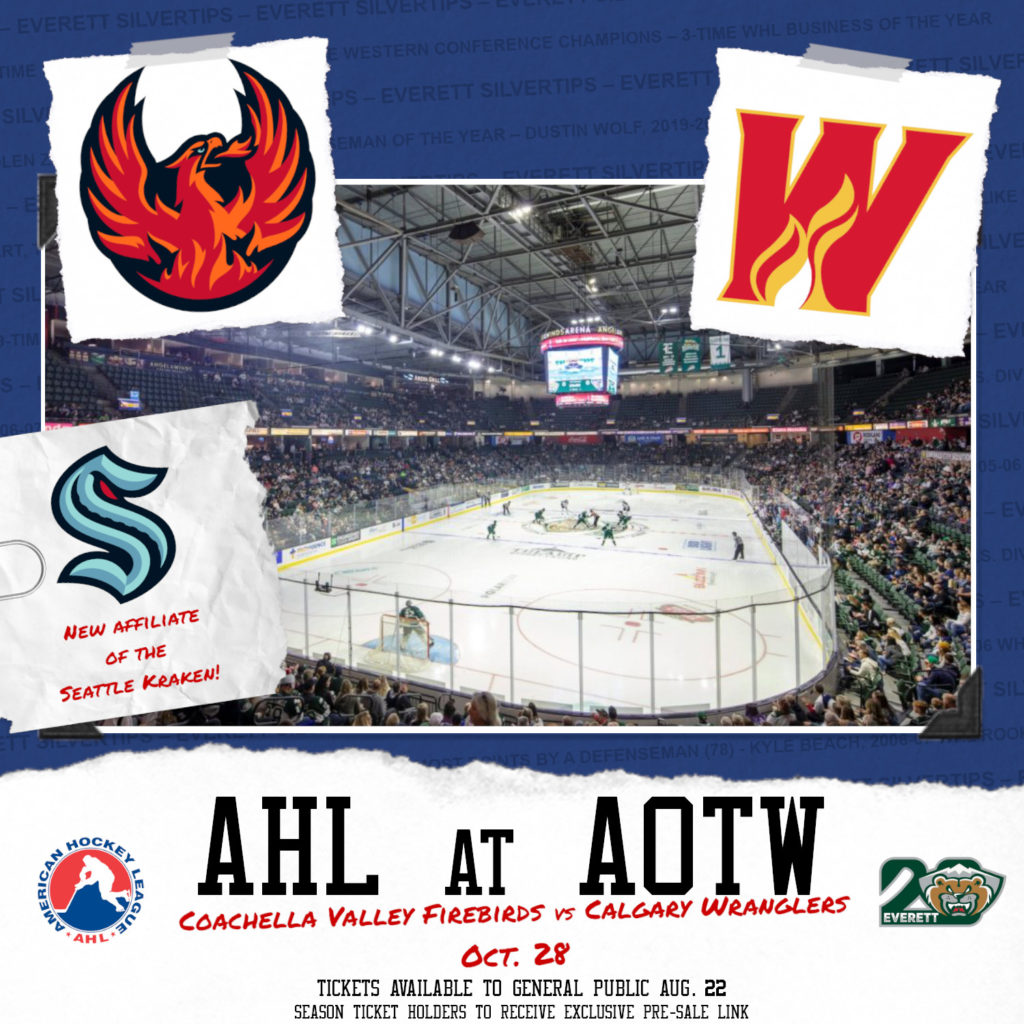 EVERETT, Wash. — The Everett Silvertips, in coordination with Angel of the Winds Arena and the American Hockey League, are proud to host the Coachella Valley Firebirds for a home game against the Calgary Wranglers to be played Friday, Oct. 28 in Everett.

The Firebirds, new expansion affiliate of the NHL’s Seattle Kraken, will play four games in the Pacific Northwest, including one at Climate Pledge Arena and two at the Kraken Community Iceplex.

Silvertips season ticket & package holders will receive an exclusive pre-sale link for early access to tickets in the coming days. Tickets will go on sale to the general public on Aug. 22 at 10 a.m. PT. Angel of the Winds Arena is the only facility outside of the Kraken organization hosting the Firebirds prior to the opening of their new home on Dec. 18 at Acrisure Arena.

The Calgary Wranglers, affiliate of the Calgary Flames, feature multiple Everett Silvertips alumni in their organization, including goaltender Dustin Wolf (2017-21) and head coach Mitch Love (2003-05). Wolf was the recipient of the AHL’s 2021-22 Goaltender of the Year Award in his first pro season, posting a 33-9-5 record with a 2.35 goals-against average and .924 save percentage. Love was awarded Coach of the Year in the AHL, leading the Stockton Heat to a franchise-best 45-16-7 record.