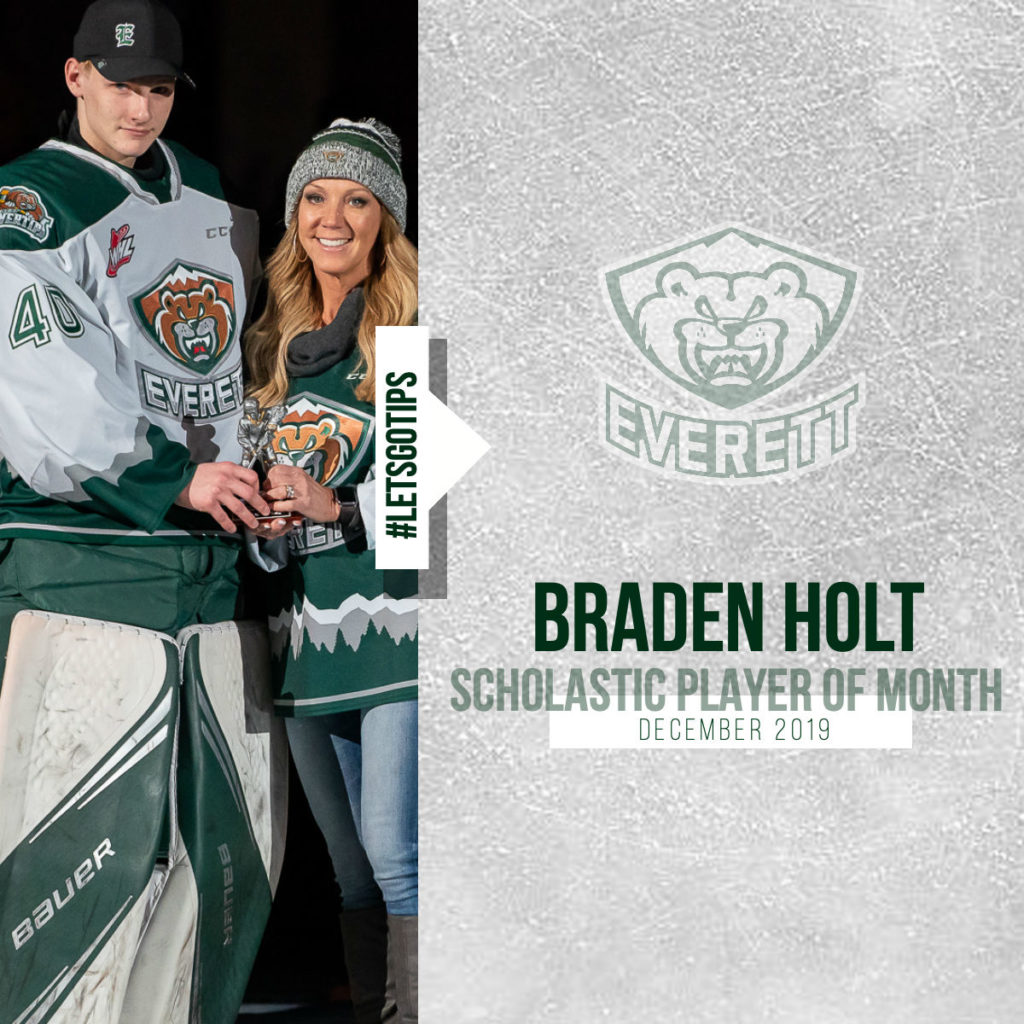 EVERETT, Wash. – Goaltender Braden Holt has been named Everett Silvertips Scholastic Player of the Month for December 2019, honored before the Silvertips home game on Sunday against the Regina Pats at Angel of the Winds Arena in downtown Everett.

Holt, a 2003-born netminder, is currently enrolled in Math, Chemistry, and English courses while carrying  a 91% grade average. His pursuit of academic excellence is connected a dedicated approach on the ice, as a member of the Silvertips this season, his first WHL campaign. Holt earned his first career WHL victory on Jan. 4 at Prince George and made his league and Silvertips debut on Dec. 27.

The native of Bozeman, Mont. was signed by the Silvertips to a WHL standard player agreement on Aug. 27, 2019 and was selected by the Tips in the 12th round of the 2018 WHL Draft. This season, he has made four appearances with a 1-2 record, a .918 save percentage, and 2.36 goals-against-average.

Holt, a 6-foot-2 goaltender who turned 16 last July, was fourth in the High Performance Hockey League with a 2.52 goals-against-average and was fifth with a .917 save percentage, recording a 5-2 record in 10 games with the Honeybaked (Midget 15U) program last season. He recorded five games of allowing just one goal, and a season high 38 saves on Oct. 21 in a 6-1 victory over Team Illinois. In July, Holt was selected by USA Hockey as a participant in the 2019 Boys Select 16 Player Development camp, presenting the top 2003-born U.S. players.

SILVERTIPS SCHOLASTIC PLAYERS OF THE MONTH – 2019-20