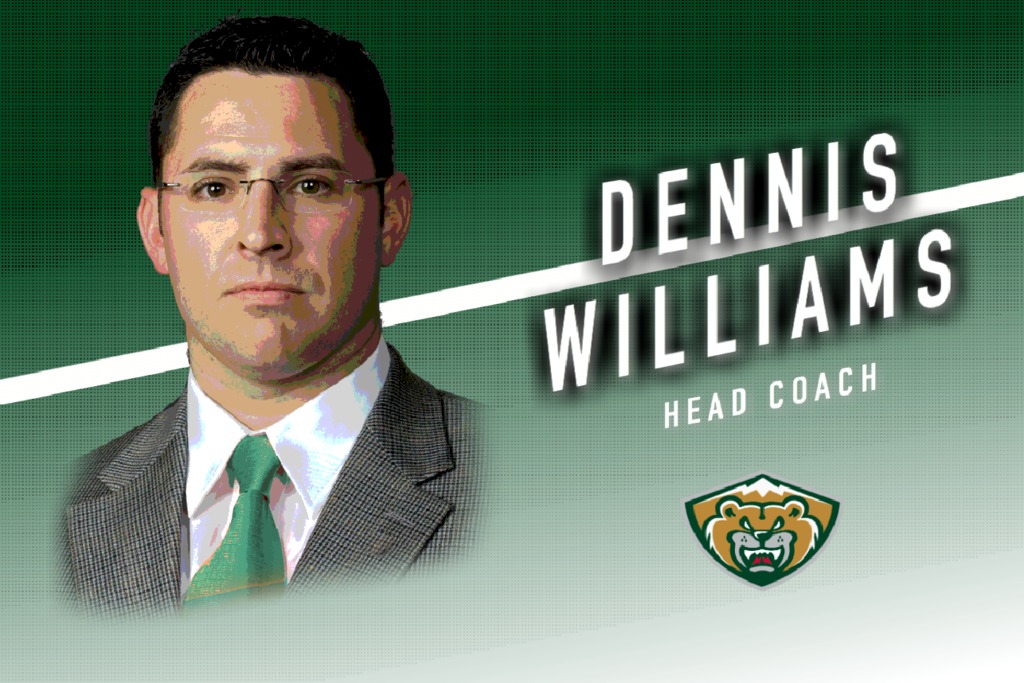 Williams will be formally introduced as head coach during a news conference on Monday, May 22 at XFINITY Arena. Details regarding the news conference, which will be open to both the media and public, will be distributed later this week.

“As time moved on, we understood the qualities and a mutual philosophy which make Dennis the most ideal choice to lead the Everett Silvertips as head coach,” said Silvertips general manager Garry Davidson. “We’re excited about his youthful enthusiasm, passion, leadership abilities, and embracing of a modern approach to the game. His experience includes a terrific track record with player development and championship credentials on the ice, and he brings a proactive approach to make a positive impact in the community. It all makes for a very exciting day to welcome him as our new member of the Silvertips family and leader behind the bench.”

Williams has 11 years of head coaching experience across junior and college levels, carrying a lifetime win percentage of .673 over the last seven seasons as head coach with Bloomington of the United States Hockey League and Amarillo of the North American Hockey League. After guiding Bloomington to a 29-24-7 record and fifth place in the Eastern Conference in their expansion season of 2014-15, he led the Thunder in 2015-16 to a 36-18-6 record, an appearance in the Eastern Conference Final, and a victory shy of reaching the league’s Clark Cup Finals.

“First it’s a very exciting time and opportunity for my wife, two girls, and I to make a transition to a coveted opportunity at the major junior level and join such a prestigious organization in the Everett Silvertips,” said Williams. “My thanks go to Mr. Bill Yuill, Garry Davidson, and Zoran Rajcic for having confidence in seeing me guide this program. As we’re very excited to become entrenched in the community, I’m extremely excited to quickly meet our players and work with a tremendous support staff.”

Williams continued, “As a head coach and general manager in the USHL, and working through the college hockey and NAHL ranks, I developed a respect for the core value of work ethic. As a student of the game, it’s my responsibility to value the opinions of our hockey staff and determine the best system that benefits and prepares our players to reach the National Hockey League, and continue to build on a culture of success here. I want to do everything in my power to help us keep building on that. It starts with monitoring teams reaching the Finals, studying their habits, adapting to how the game is played right now, and analyzing what makes those teams ultimately successful. I can’t wait to get started.”

The 37-year old led Amarillo to three consecutive 40-win seasons from 2011-14, amassing a career record of 168-44-2-24 and a points percentage of .756 across four years in the NAHL. He delivered three straight South Division titles, back-to-back and league leading 46-win campaigns, and a Robertson Cup title to Amarillo in 2012-13.

Under Williams, the Bulls shattered a 35-year old record with 99 points in back to back seasons (2011-13) and he was named NAHL Coach of the Year after the Bulls’ league championship. Williams’ teams in Amarillo led the league in goals from 2011-13, and finished second in the NAHL with 207 goals with a +87 goal differential in 2013-14.

During his time in Amarillo and Bloomington, he helped 74 players advance to play in the NCAA ranks, and with the Bulls coached seven division All-Conference selections, two All-NAHL First Team members, and one division All-Rookie honoree.

The native of Stratford, Ontario has served Utica College and University of Alabama-Huntsville as assistant coach and started his head coaching career at the NCAA level with four seasons serving Neumann College and Bowling Green State Univ. The former right winger graduated from Bowling Green with 117 career games, 20 points, and 198 penalty minutes.

Williams will relocate to Snohomish County with his wife, Hollie, and two daughters, Emerson and Elyse.