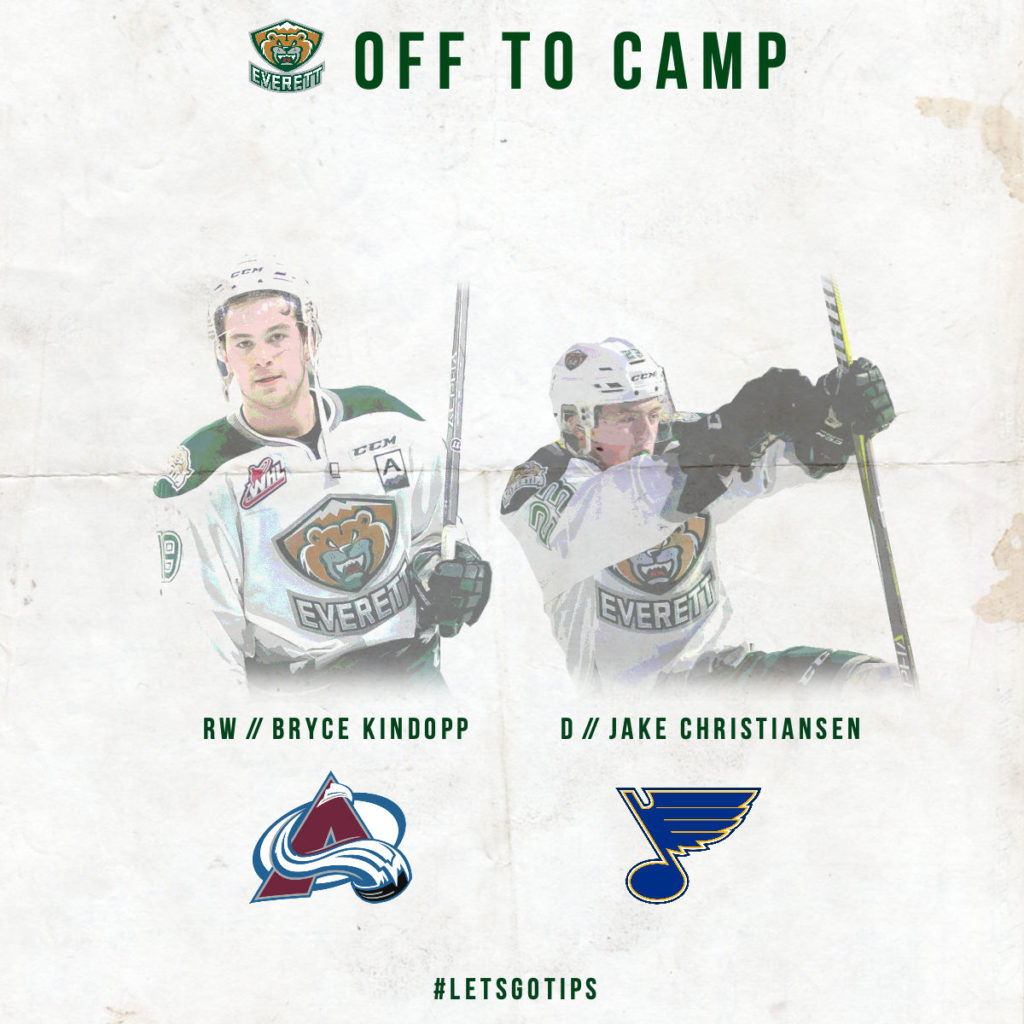 Both players will participate in their team’s camps, on the following dates and times:

Kindopp, 20, led the Silvertips last season with 39 goals and set additional career highs in assists (34) and points (73) in 67 games, named recipient of the team’s Unsung Hero award and co-recipient of the Silvertips Iron Man award. He led the club with a +37 rating, second highest in Silvertips single season history, and was tied for the Tips lead in power play goals (12). Kindopp recorded 24 multi point games, a career-high five points (2g-3a) on Jan. 26 vs. Lethbridge, and his first career hat trick on Feb. 1 against the Seattle Thunderbirds.

The 6-foot-1, 185 pound forward from Lloydminster, Alberta earned his first career playoff and a four-point effort on Mar. 30 when the Tips eliminated Tri-City in a Game 5, first round victory. In 203 games during his WHL career, all in Everett, he has logged 123 points and 70 goals along with 21 power play goals.

He has suited up in 259 career WHL games, all in a Silvertips jersey, logging 102 points, a +55 rating and 79 penalty minutes. Last season, Christiansen participated in rookie camp with the Calgary Flames (NHL).

The Silvertips open the pre-season on Friday, Aug. 30 during the Delta Hotels Preseason Classic in downtown Everett, at 7:00 p.m. against the Tri-City Americans. The Tips full regular season schedule for the 2019-20 season will be announced on Wednesday, offering full 34-game season tickets, 22-game, and 14-game plans for as little as $215 total per seat. Deposits for $50 will secure a seat for the 2019-20 season, available at www.everettsilvertips.com/season or by calling (425) 252-5100 during normal business hours (Monday through Thursday during the offseason, 9am to 4pm).