DEWAR » WHL Player of the Week

Connor Dewar player of the week 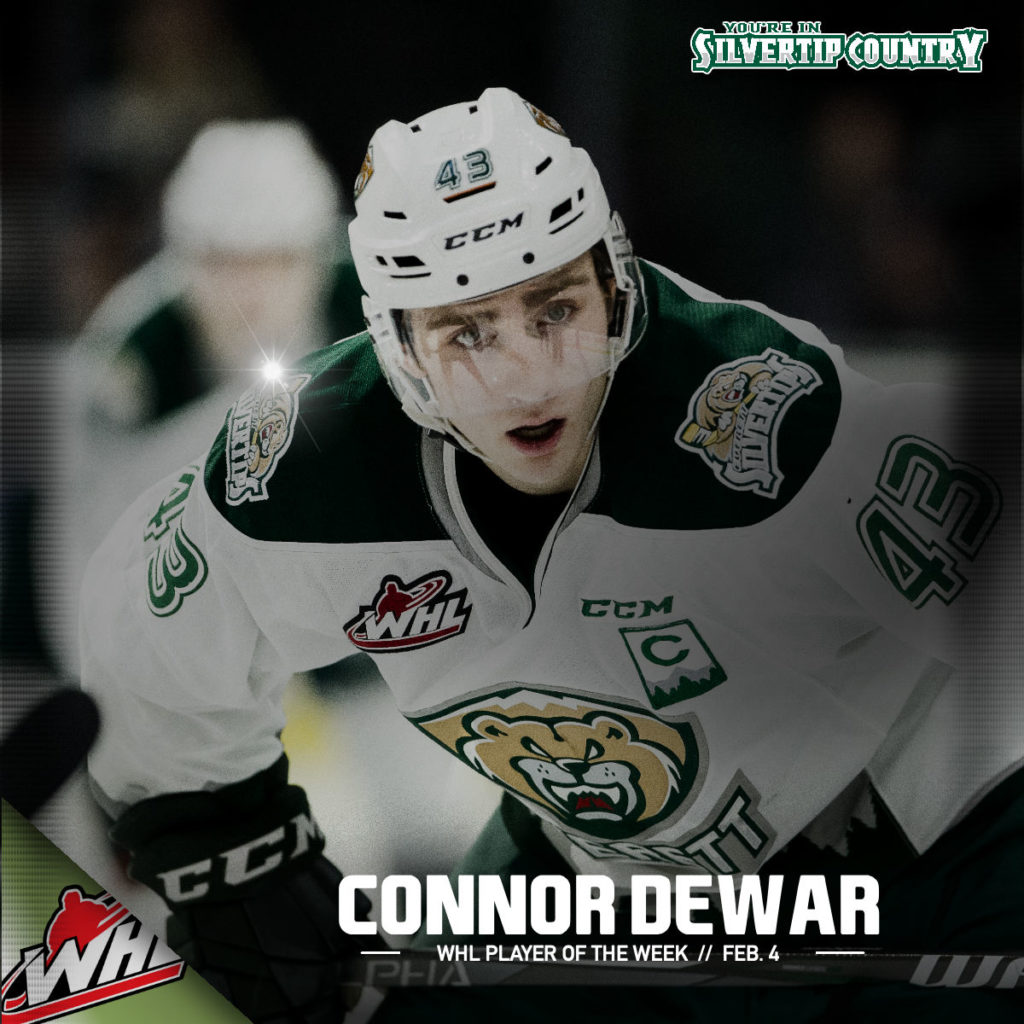 EVERETT, Wash. – The Everett Silvertips (@WHLSilvertips), defending Western Conference and six-time U.S. Division champion of the Western Hockey League, announced in conjunction with the WHL that Silvertips captain and forward Connor Dewar has been named WHL On The Run Player of the Week, for the week ending Feb. 3.

Dewar recorded eight points (4G-4A) and a plus-two rating in two games this week as the Silvertips swept a home-and-home series against the Seattle Thunderbirds, outscoring the Thunderbirds 12-4, and continuing to secure the Silvertips’ first-place position in the U.S. Division and Western Conference with 76 points.

On Friday night game in Kent, Dewar assisted on the Silvertips’ second and third power-play goals, boosting the Tips to a 5-2 victory and their seventh straight win in Kent (including postseason play). On Saturday night at home, Dewar earned first star of the game honors in a 7-2 victory  over the Thunderbirds with a career-high six points (4g-2a). He had three even-strength goals, one power-play goal and assisted on two power-play goals. His achievement earned WHL First Star of the Night and finished one point shy of the Silvertips single game record.

The eight-point weekend propelled The Pas, Manitoba native into a tie for fifth place in WHL scoring this season. Through 47 games, Dewar has totalled 70 points (35G-35A), including 12 power-play goals, one short-handed goal, and eight game-winning goals. 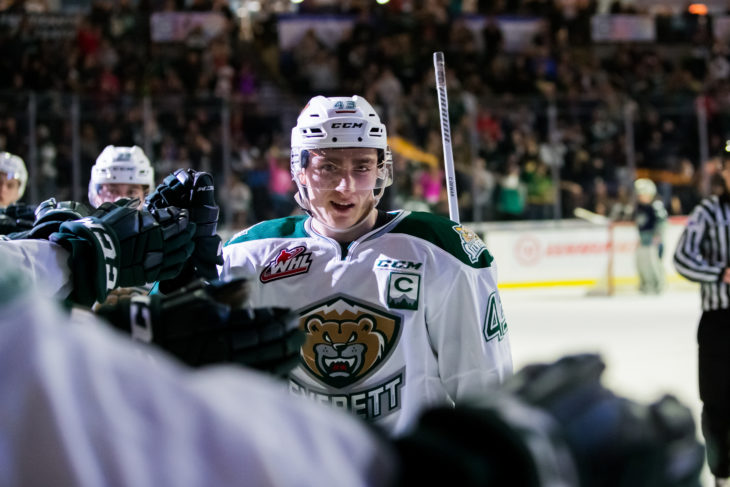 The Minnesota Wild selected Dewar in the third round, 92nd overall, at the 2018 National Hockey League Draft. In 258 career WHL regular season games, Dewar has tallied 186 points (98G-88A), including 31 power-play goals, four short-handed goals, and 19 game-winning goals. Originally, the Silvertips selected the 5-foot-10, 176-pound Dewar in the fifth round, 107th overall, at the 2014 WHL Bantam Draft.

The Silvertips, currently #7 in the CHL Top 10 rankings and first place in the Western Conference, return for their next game on Friday night at home against the Medicine Hat Tigers at 7:35 p.m. (KRKO / TuneIn app / WHL Live). Tickets are available at www.everettsilvertips.com/tickets.