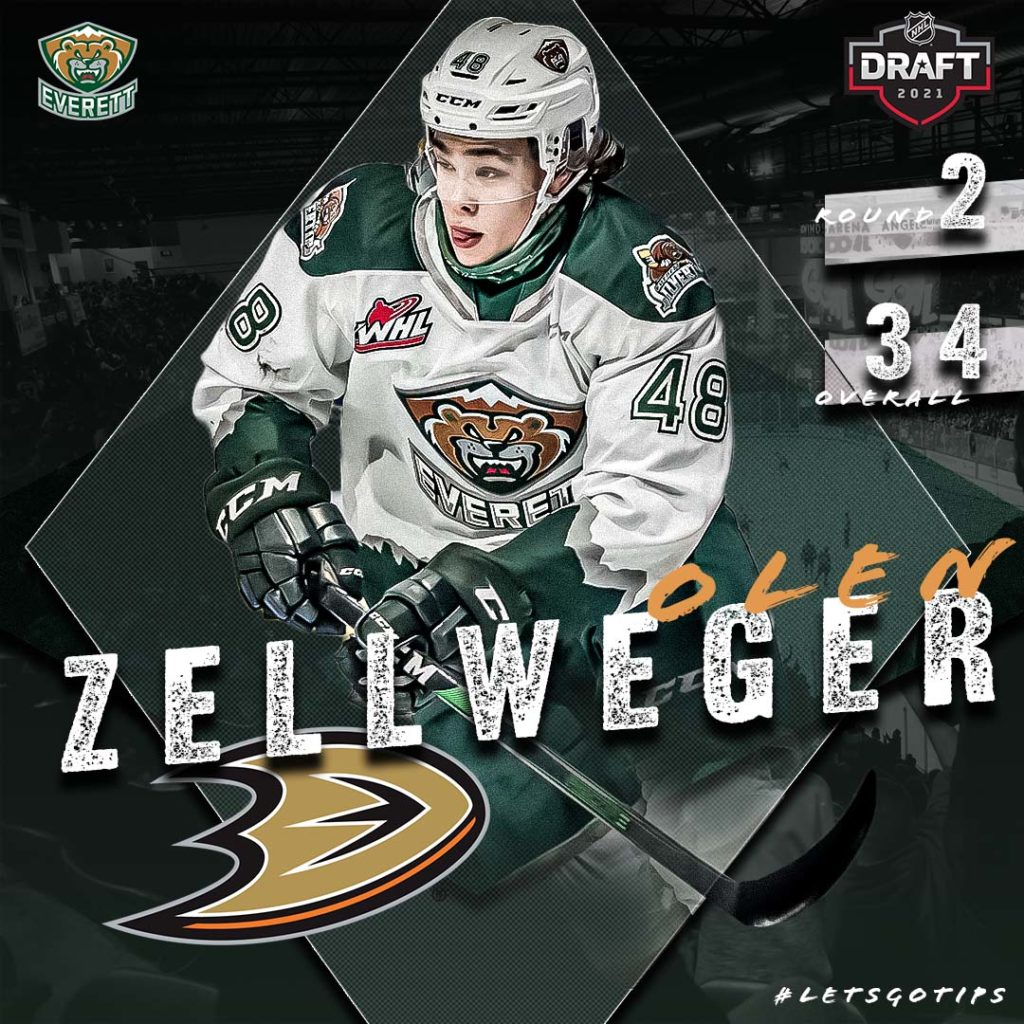 EVERETT, Wash. – The Everett Silvertips (@WHLSilvertips), two-time Western Conference champions and eight time U.S. Division champions of the Western Hockey League, announced today that defenseman Olen Zellweger has been selected by the Anaheim Ducks in the second round (34th overall) of the 2021 NHL Entry Draft.

“Olen has developed into a bona-fide National Hockey League prospect and we are extremely proud of him being selected by the Anaheim Ducks,” said Silvertips general manager and head coach Dennis Williams. “He is a determined hockey player delivering commitment, dedication, and leadership by example. The results he’s produced are product of those habits and will carry him extremely far. He’s made this milestone a reality because of his attention to detail, setting the foundation for a very bright future and professional career.”

Zellweger, a 2003-born defenseman ranked 45th by NHL Central Scouting (North American skaters) and 54th overall by TSN ahead of the 2022 NHL Entry Draft, appeared in 11 games this past season for the Silvertips and earned 13 points (2g-11a), five power play assists, and one game-winning goal. He left the Silvertips for the remainder of the shortened season to help Team Canada capture the gold medal at the Under-18 World Championships, where he tied the program’s lead among defensemen with eight points (1g-7a) in seven games.

Last season, Zellweger was a part of the Silvertips eighth U.S. Division title.

TIPS AT THE NHL DRAFT
After Zellweger’s selection, the Everett Silvertips have elevated 28 players to be drafted by NHL clubs, including nine in the previous four years. Last season, three Silvertips were selected in the draft – Gage Goncalves (Tampa Bay) in the second round, Kasper Puutio (Florida) in the fifth round, and Ronan Seeley (Carolina) in the seventh round.