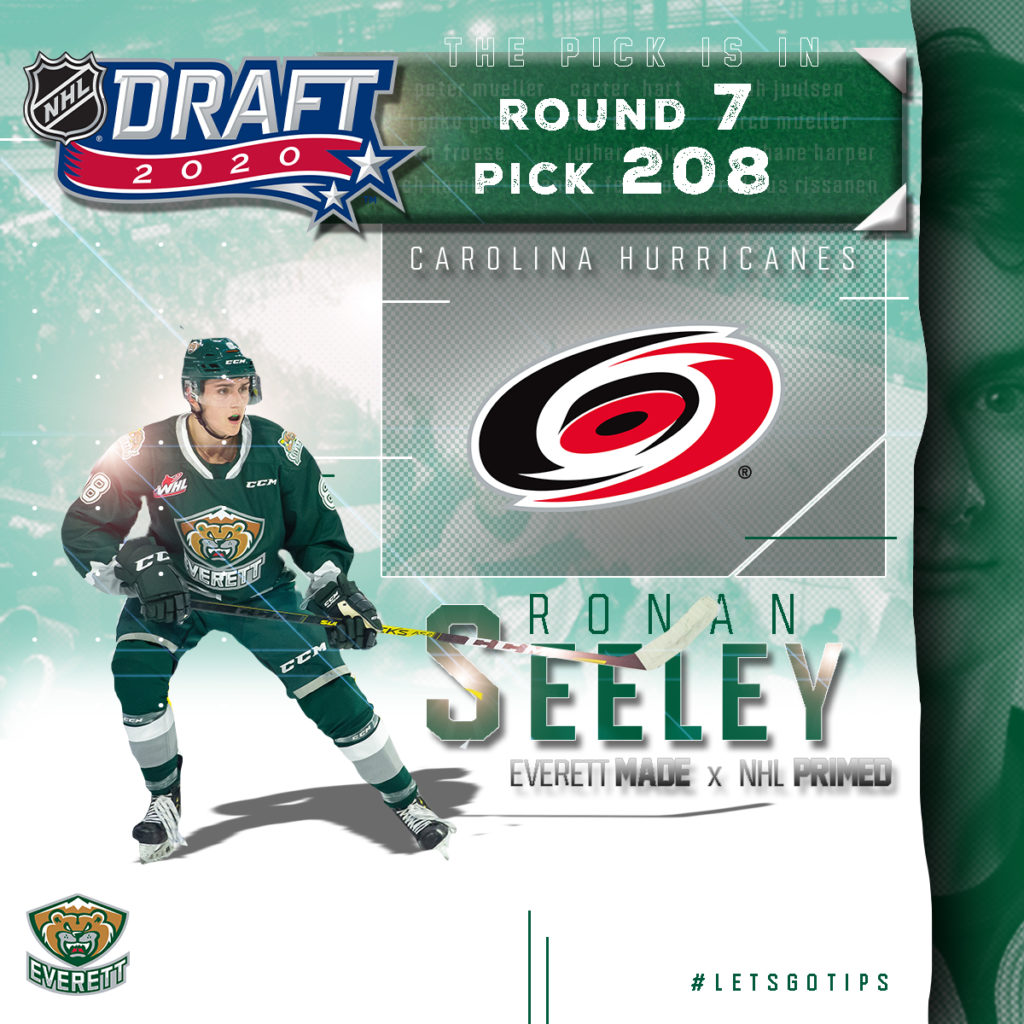 EVERETT, WA – The Everett Silvertips, proud seven-time U.S. Division champion and two time Western Conference champion of the Western Hockey League, announced today that defenseman Ronan Seeley has been selected by the Carolina Hurricanes in the seventh round (208th overall) of the 2020 NHL Entry Draft.

“The Silvertips congratulate Ronan Seeley on his selection by the Carolina Hurricanes in the seventh round of the NHL Entry Draft,” said Silvertips general manager Garry Davidson. “He’s worked very hard to elevate his game from the blueline as a dependable puck moving defenseman and earned opportunities to contribute with consistency and poise. He’s only begun to scratch the surface with how great he can be. As he continues to embrace that identity, it will be an extremely valuable asset for our team and with the Hurricanes organization in the future.”

Pick No. 208 sure is great pic.twitter.com/j1XmFBYBSl

The 6-foot, 175-pound defenseman has skated in 115 career WHL games, all in a Silvertips jersey, with 41 points, a +33 rating, and ten penalty minutes. He was also selected by Hockey Canada to participate in the national under-17 development camp at the program’s 2018 Summer Showcase and was selected by the Silvertips in the first round (20th overall) in the 2017 WHL Draft.

Hey @Canes, the opposition can #TakeWarning

Seeley was one of three Silvertips selected in the 2020 NHL Draft, joining forward Gage Goncalves (Tampa Bay Lightning) in the second round and defenseman Kasper Puutio (Florida Panthers) in the fifth round. Eight Silvertips have been selected in the draft over the last three years.