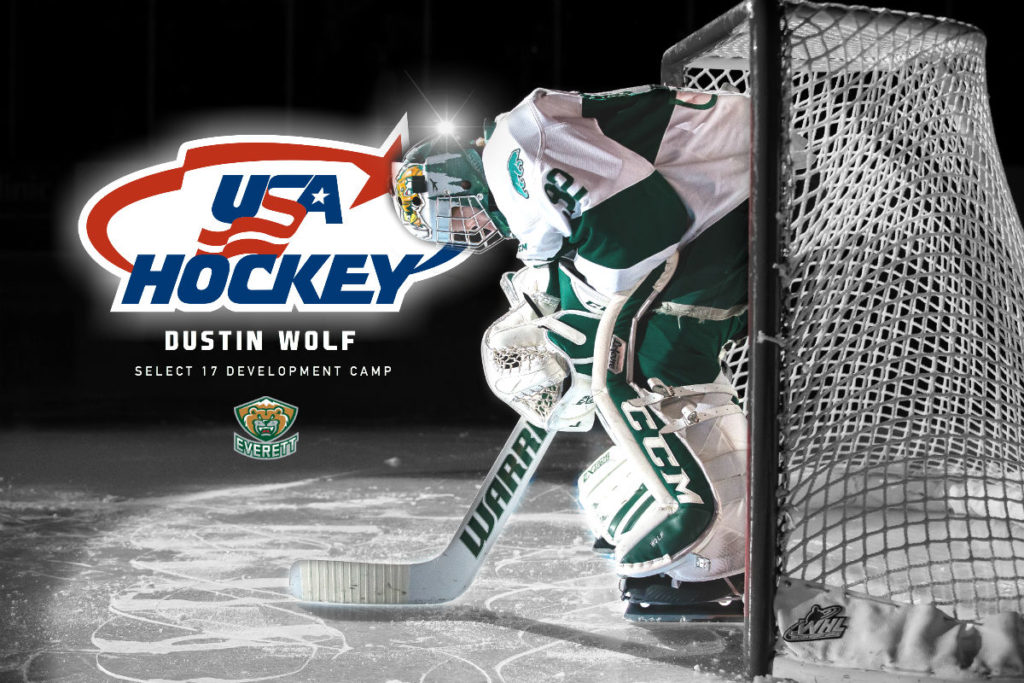 The national festivals and camps conducted by USA Hockey identify the top performers in each age group for possible opportunities to represent the United States at advanced levels of national and international hockey competition. Games within the Boys Select 17 Player Development Camp will have coverage provided by HockeyTV, available at this link.

Wolf, a 2001-born goaltender, is one of nearly 1,100 of the United States top players from ages 15-17 participating at USA Hockey national development camps, joining a list of alumni including Patrick Kane, Blake Wheeler, Phil Kessel, and Auston Matthews.

The native of Tustin, Calif. was a part of the Silvertips sixth U.S. Division title and second Western Conference title last season, and as a 16-year old was tied for third overall and led all WHL rookie goaltenders with four shutouts while earning a 13-6-0-0 regular season record, .928 save percentage, 2.25 goals-against-average and four assists in 20 appearances.

Wolf earned victories in his first two starts of his career, earning Vaughn CHL Goaltender of the Week honors the week ending Oct. 29 with 82 saves in 85 shots faced, becoming the youngest goaltender (16 years, 6 months, 11 days) in Silvertips history to earn a victory since Carter Hart (16 years, 1 month, 7 days) in 2014-15.