WOLF // Back to Back, Western Conference Goaltender of the Year 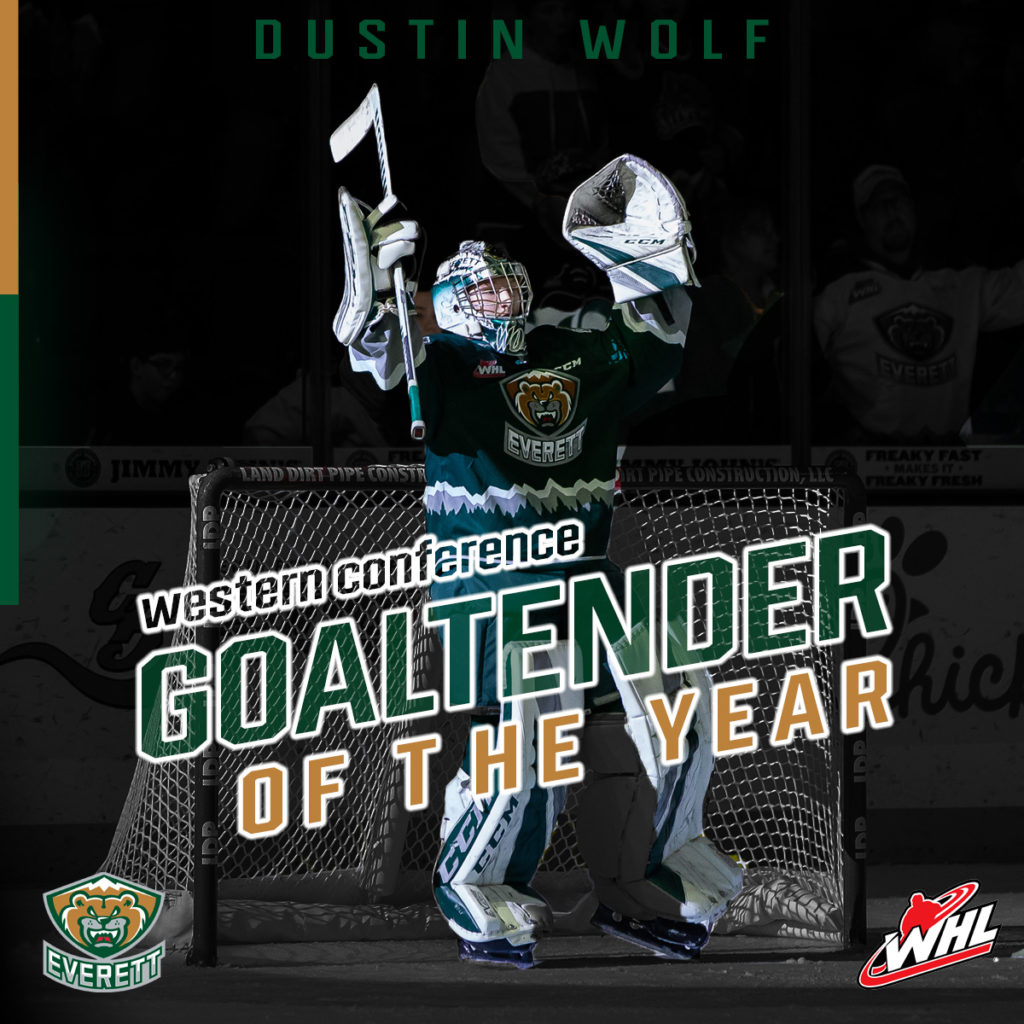 EVERETT, WA – Dustin Wolf, goaltender for the Everett Silvertips, was named back-to-back Western Conference Goaltender of the Year of the Western Hockey League for the 2019-20 season. Wolf led or tied for the lead for the WHL in four goaltending categories: wins, shutouts, save percentage, and goals-against-average while and twice was named WHL Vaughn Goaltender of the Month this season.

“It’s an honor and privilege to receive this recognition for the second straight year,” said Wolf. “I set a goal for this accomplishment at the beginning of the year – and while it’s nice to reach it, by no means do I consider this a total individual award. It’s a full team effort and goaltenders don’t get here without a great support system, from the defense, forwards, coaching staff, family, the Calgary Flames, and a great consultant like James Jensen. It motivates me for more success along the way and this award is a tribute to everyone involved. I’m grateful for them.”

With Wolf in net, the Silvertips reached the top of the WHL’s U.S. Division and Western Conference with a 44-12-3-1 record through 60 games, good for 92 points and finishing the season with victories in 13 of their final 14 games, a 46-13-3-1 record, 96 points – second most in the U.S. Division and entire league. 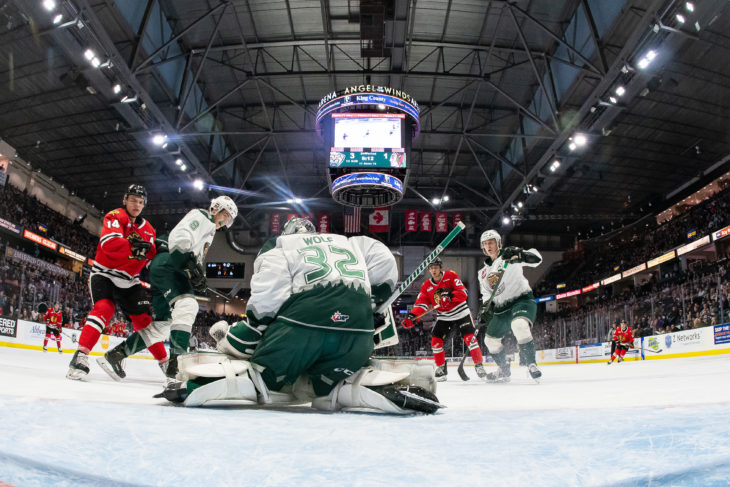 In Silvertips single season history, his nine shutouts tied Carter Hart (2016-17) for third, his .935 save percentage is third highest, and his 35 wins tied Hart (2015-16) for third. Last season, Wolf also represented USA Hockey at the 2020 IIHF World Junior Championships, earning a victory in his sole appearance.