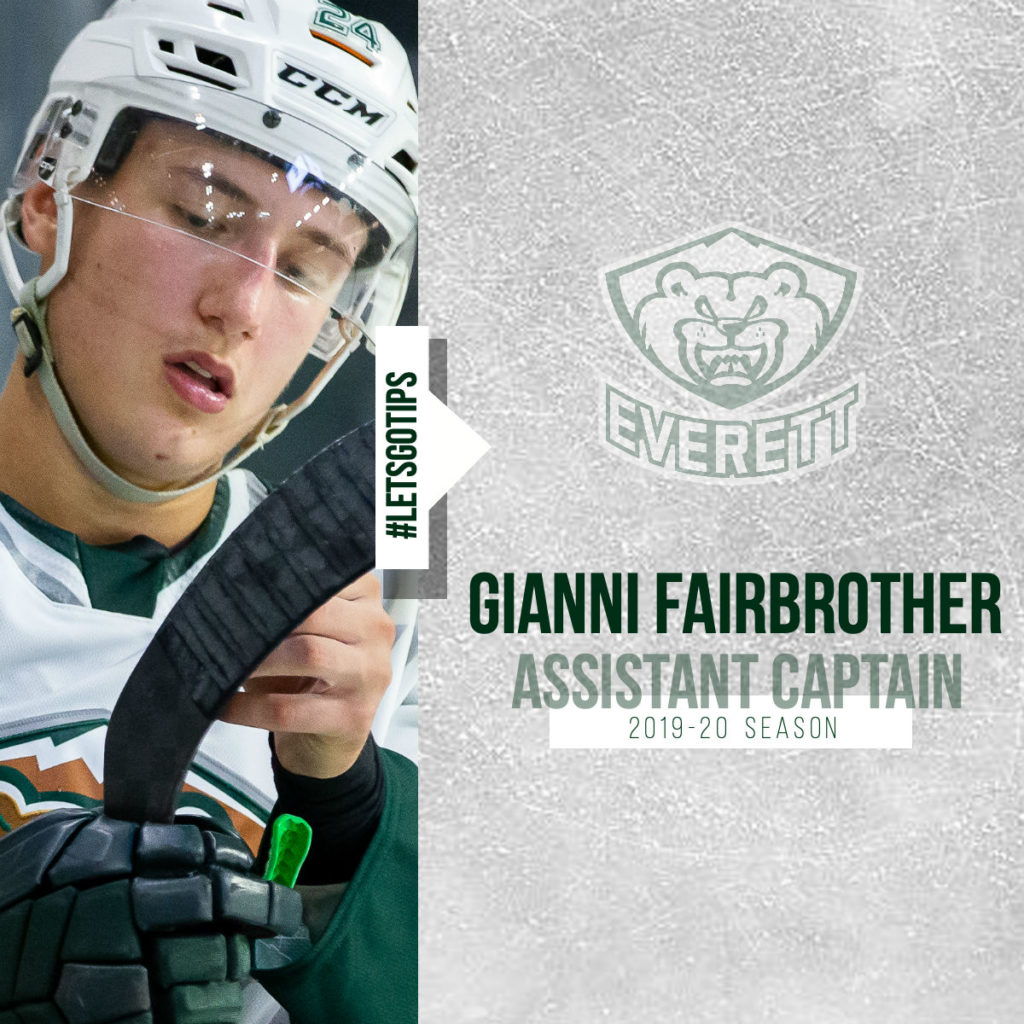 “Gianni is an ideal individual who represents the Silvertip identity to the core and is extremely fit for an assistant captain role,” said Silvertips head coach Dennis Williams. “He’s embraced the criteria of leadership within our program and is relentless in his approach, on and off the ice. As a defenseman who carries valuable experience from success in the playoffs, his dedication, accountability, and full understanding of our culture have the potential to make a huge impact on our group this season. We look forward to his contributions along with fellow assistant captains Max Patterson and Wyatte Wylie, and captain Bryce Kindopp.”

Fairbrother completes a quartet of Silvertips – including Kindopp, Patterson, and Wylie – who have combined for 784 career WHL regular season games and 156 career WHL Playoff games, all skating in the 2018 WHL Championship Series.

Fairbrother, 19, enters this season as his third full season on the Silvertips blueline and reached career highs in goals (10), assists (26), and points (36) in 64 games with the Silvertips last season, helping the club secure their third straight U.S. Division title while securing four assists in ten postseason games.

He was one of three Silvertips defensemen – in addition to Jake Christiansen and Wyatte Wylie – to reach the double digit plateau in goals last season and collected six multi point games.

The 6-foot, 194-pound defenseman was named Silvertips Most Improved Player and has 41 points (12g-29a) along with 113 penalty minutes in 100 career WHL games, all with the Silvertips. He has eight points (1g-7a) and a +11 rating in 35 postseason games, suiting up for the Silvertips squad that captured the 2018 Western Conference championship.

Fairbrother was selected by the Montreal Canadiens in the third round (77th overall) of the 2019 NHL Entry Draft.