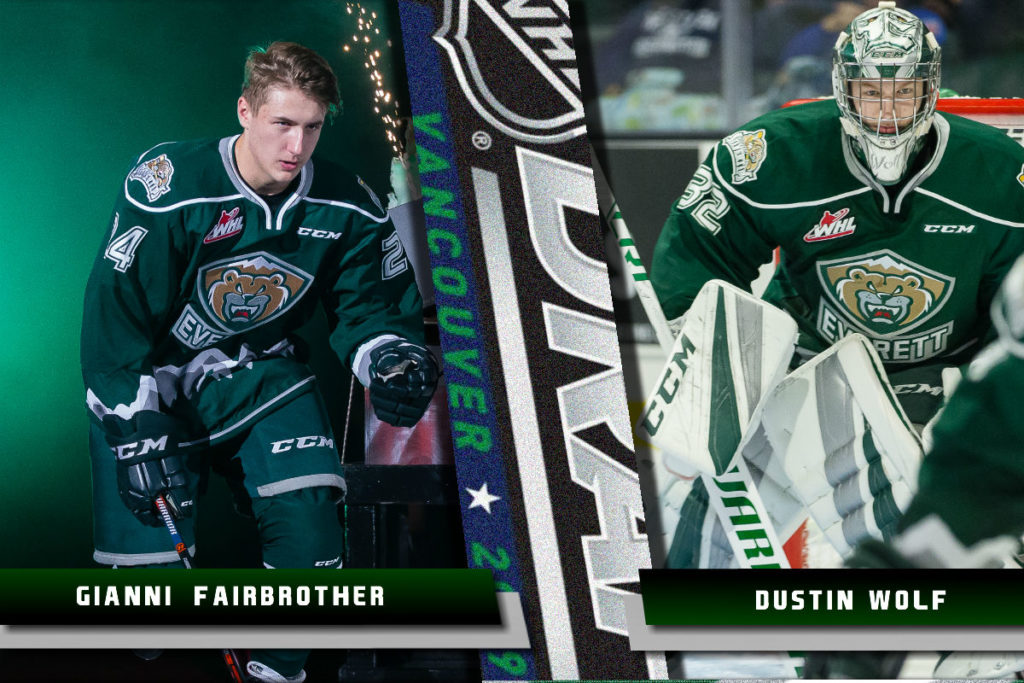 A total of 35 players from the Western Hockey League and 110 from the Canadian Hockey League were named on the NHL Central Scouting Service’s preliminary rankings. Players with a “C” listing are considered possible fourth, fifth, and sixth round choices in the upcoming draft. Last season, the Silvertips had three players selected in the 2018 NHL Draft, Riley Sutter (Washington), Connor Dewar (Minnesota) and Wyatte Wylie (Philadelphia). A total of 18 Silvertips have advanced to play in the NHL since the organization began play in the WHL in 2003-04.

The 6-foot, 195 pound defenseman was selected by the Silvertips in the fourth round of the 2015 WHL Draft and participated in Hockey Canada’s Summer Showcase in 2016.

Wolf, 17, is 2-2-0-0 with a .930 save percentage and 1.77 goals against average in four starts this season and has suited up in 24 career games with the Silvertips, going 15-8-0-0 with a .928 save percentage, goals-against-average of 2.17 and earning four shutouts in his first six career appearances. The native of Tustin, Calif. suited up in USA Hockey’s All-American Prospects Game on Sept. 19 in St. Paul, Minnesota, one of 42 players identified as one of the top U.S.-born prospects eligible for the 2019 NHL Draft and appeared for Team USA at the 2019 Hlinka Gretzky Cup in Edmonton, earning a shutout in his tourney debut.

As a 16-year old he was tied for third overall and led all WHL rookie goaltenders with four shutouts and earned victories in his first two starts of his career, earning Vaughn CHL Goaltender of the Week honors the week ending Oct. 29 with 82 saves in 85 shots faced, becoming the youngest goaltender (16 years, 6 months, 11 days) in Silvertips history to earn a victory since Carter Hart (16 years, 1 month, 7 days) in 2014-15.

The next Silvertips home game is Pink The Rink on Friday, Oct. 5 against the visiting Seattle Thunderbirds, 7:35 p.m. in downtown Everett. Tickets are on sale at www.everettsilvertips.com/pinktherink.