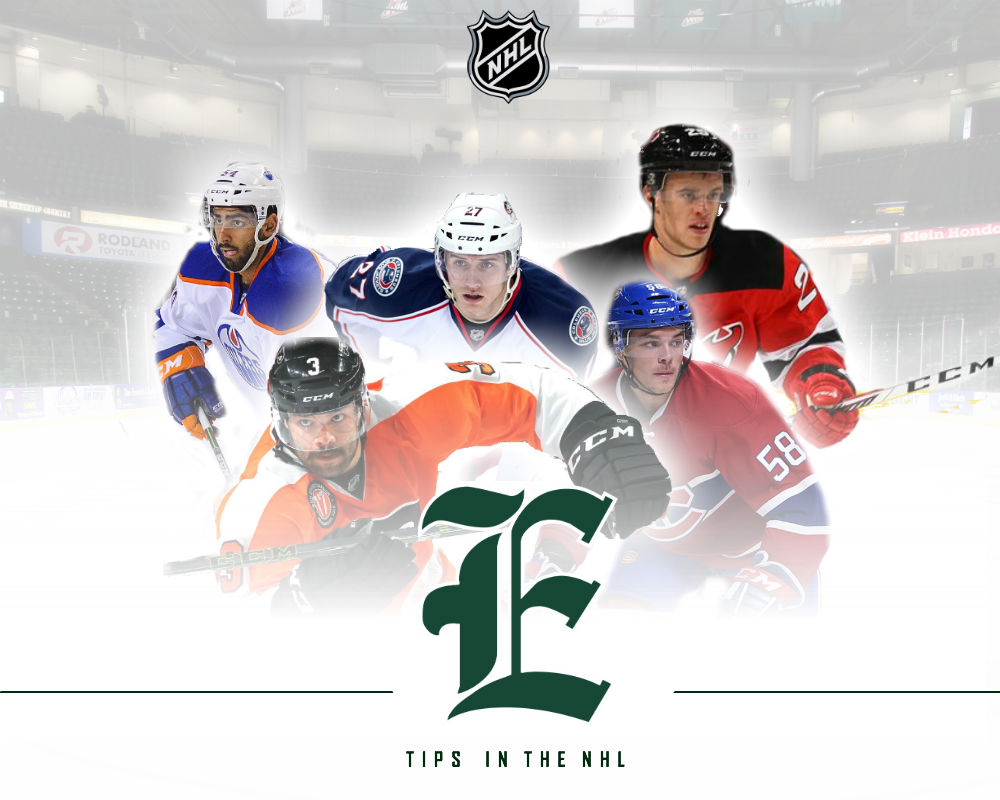 EVERETT, Wash. – Five players who previously suited up for the Everett Silvertips (@WHLSilvertips) have earned spots on National Hockey League opening night rosters, with the league launching play last evening with four games across the United States and Canada. A total of 129 players who skated in the WHL were listed on NHL opening night rosters.

Gudas, 27, was a third round selection by the Tampa Bay Lightning in the 2010 NHL Entry Draft after leading all Tips defensemen with 37 points (7g-30a) in 65 games and leading the entire program with a +45 rating in 2009-10 when he was co-recipient of the Silvertips Iron Man and recipient of the F.I.E.R.C.E. Predator awards. Currently underway with the Flyers this season, he has 270 games of NHL experience on the blueline with Philadelphia and Tampa Bay with 69 points, 437 penalty minutes and a +5 rating.

Juulsen, 20, is currently on injured reserve with the Canadiens and served as captain for the Silvertips last season with 34 points and a +15 rating in 49 games. He was a three-time consecutive recipient of the Tips Most Dedicated Player award (2014-17) and was named Most Improved Player in 2013-14. Juulsen has 240 games of experience in the WHL, all with the Tips, racking up 124 points and a +48 rating. He was selected by the Canadiens in the first round (26th overall) in the 2015 NHL Entry Draft.

Khaira, 23, was fourth on the Tips with 44 points (16g-28a) in 59 games and added four points in five postseason games in 2013-14 when he was named recipient of the Tips Most Dedicated Player Award. A third round selection by the Oilers in the 2012 draft, he has 26 games of experience with the Oilers and has posted a goal and two assists.

Mueller, 22, has 54 games of NHL experience with the San Jose Sharks and is set with New Jersey to open the season against the Colorado Avalanche on Saturday. He skated in 123 career WHL games, all with the Silvertips, collecting 58 points and 88 penalty minutes. Mueller was selected by San Jose in the first round (18th overall) in the 2013 NHL Entry Draft and was recipient of the Silvertips 2013-14 Unsung Hero award.

Murray, 24, was the second overall selection in the 2012 NHL Entry Draft by the Columbus Blue Jackets and racked up 121 points in 191 career WHL games, all with the Silvertips. He served as captain the final two seasons (2011-13) of his Silvertips career and was back-to-back recipient of the Tips Most Dedicated Player award (2010-12) and was co-recipient of the Iron Man award in 2010-11. Murray has 220 games of NHL experience with the Blue Jackets, racking up 60 points on the blueline.

Through 14 seasons, a total of 19 players through the Silvertips program have been selected in the NHL Entry Draft. A total of 17 Silvertips have advanced to play in the NHL.

The Silvertips continue the nine-game road trip tomorrow against the Calgary Hitmen at Scotiabank Saddledome at 6:00 p.m. PT (1520 AM KKXA / WHL Live / Tips App). The Tips return home Wednesday, Oct. 18 vs. Tri-City at 7:05 p.m. Tickets are available at www.everettsilvertips.com/tickets.