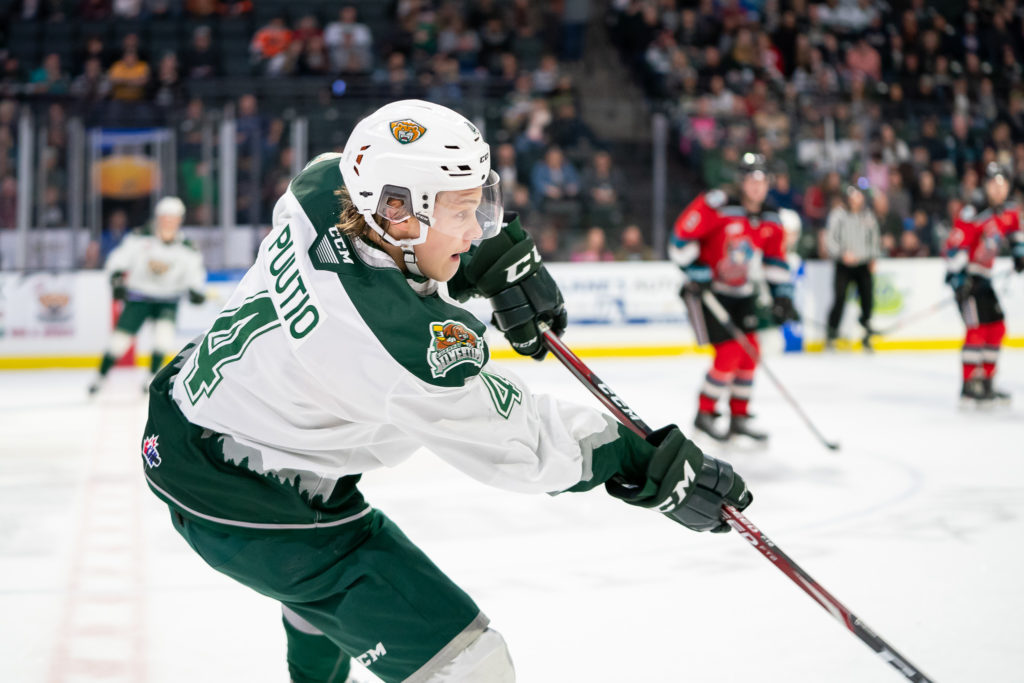 Today: September 22, the first day of fall, reminds me that we’ve been through more than six months without (WHL) hockey. The pandemic has now spanned three months – spring, summer, and now autumn.

At this point I’m just waiting on my wife now to scan the TV guide and land on the Hallmark Channel’s debut of, “Sweaters and Socially Distant: A Very COVID Christmas.”

Patience, friends. Without making this sound cliché, the light at the other side of the tunnel continues to get bigger every day. The waiting game you’re experiencing is extremely relatable.

With Dec. 4 still looming as the target date, and players working out to continue working toward “next season” game shape, here are other matters taking shape:

Goalies wear masks, you can too: “Mask Up WA” is a pretty cool movement ready to take stride. In the oncoming days, you’ll see public service announcements (The Sounders are getting in on this, among outlets) circulating on the benefits of wearing a mask in public, decreasing the odds of spreading Coronavirus.

You’ll see this soon in the oncoming days from a local team you may be aware of.

Stanley Cup Final: The last connection of any kind remaining in Cup contention is with Tampa Bay (incoming forward Austin Roest’s father, Stacy, serves as assistant general manager and is working in the Edmonton bubble) – and the Lightning responded last night in the final playoff hockey game of the summer with a 3-2 win over Dallas, tying the Cup Final at 1-1 (gee, anyone think a year ago you’d read a line like that?).

Game 3 is tomorrow, “at Dallas”, 5pm from Edmonton

Mike Emrick, who continues to operate as a gold standard of broadcasting excellence and humanity, will also continue to remotely call the action from a studio nearby his Michigan residence.

Jim Hughson has been calling the Stanley Cup Playoffs for Sportsnet and has been dressed for “Everest.” Good read here in The Athletic.

Jalen Price: Imagine a player constructed to play a hard, abrasive game at Price’s frame from last season – 6-foot-1, 200 pounds. As you can see, he’s taking the bulking up pretty seriously’’.

Gage Goncalves: Working out not too far away with on ice reps, gym time, plyo work, etc. in Mission, British Columbia, Gage Goncalves is getting closer to perhaps realizing his NHL Draft dream (he’s one of four Silvertips ranked by Central Scouting). His fifth gear rise to 33 goals and over a point per game: underlined by 21 multi point games. To provide context with value:

Bryce Kindopp had 22 of them. He was signed in March by the Anaheim Ducks.

Kasper Puutio: To maybe nobody’s surprise in the inner hockey circles, Kasper Puutio has steadily built an NHL Draft worthy campaign splitting two teams, and the Silvertips nabbing him at the right time – the trade deadline. Faced with an impending loss to Gianni Fairbrother (who didn’t play at all after the middle of January due to injury, Puutio stepped in with a near flawless transition and gave the Silvertips a boost with his ability to rush the puck out of the zone, a searing blast from the point, and a cerebral, efficient brand of defense in his own zone.

Over 12 months ago, he was the first overall selection in the CHL Import Draft. Now, he’s ready to crush another draft, and achieve an NHL dream.

The Calgary Flames spotlighted Puutio in a great read by Torie Peterson, among several blueliners to look out for as the draft gets deeper. Read about it here.

Calling it a Day: Among the goals I miss, this week’s edition: Hunter Campbell fiercely driving his way to the slot and snapping the back of the net. His season last year ended too soon. When we’re back: he’ll be a year older, wiser, and presumably stronger. I can’t wait to see more from the Everett native.

TOP 10 FOODS TO GRILL FOR THE FALL, RANKED: (because I like eating while watching sports … don’t you too?)