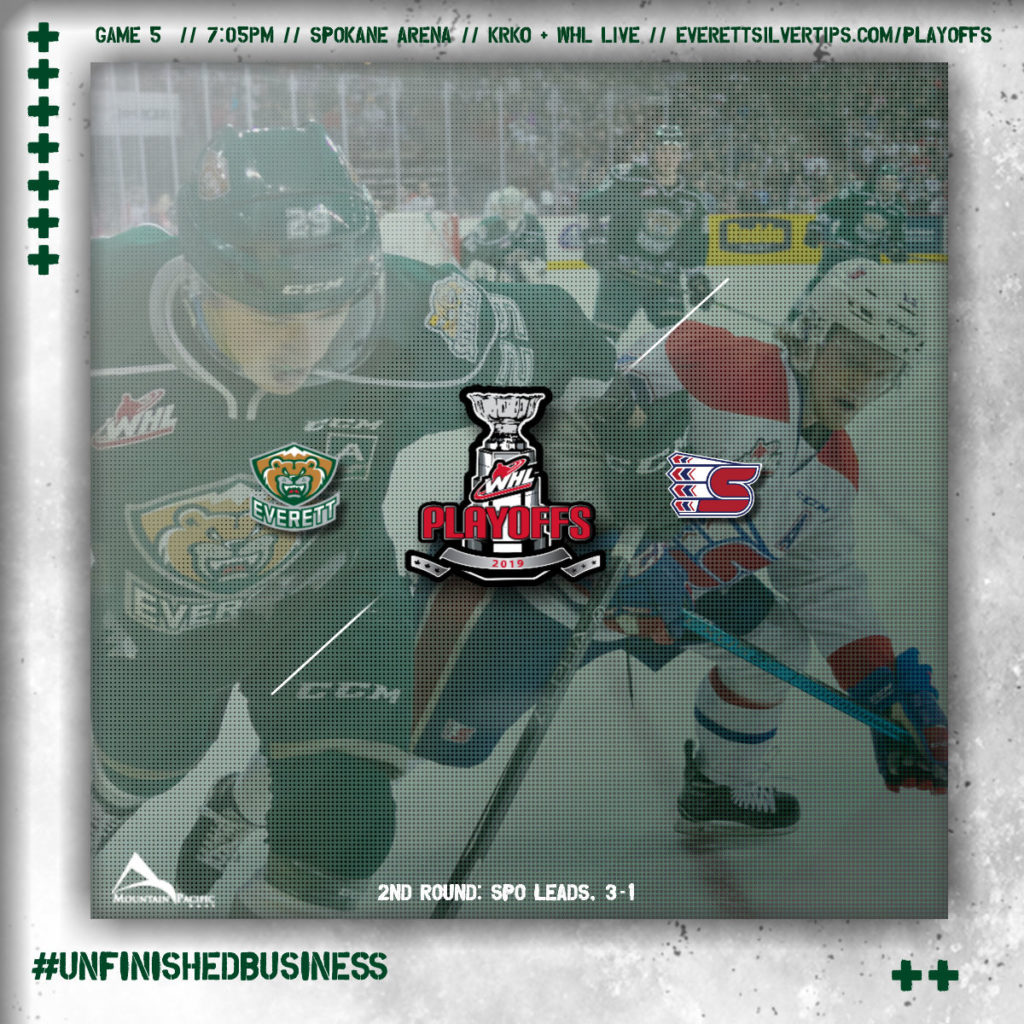 LAST TIME OUT:
EVT 4 – SPO 1 (4-12-19) // AOTW ARENA // EVERETT, WA: After being held scoreless for the first three games of the series, captain Connor Dewar exploded for a pair of goals and added an assist to help lift the Everett Silvertips to a 4-1 victory over the Spokane Chiefs in Game 4 before, avoiding elimination and forcing Game 5 before 5,666 fans on Friday at Spokane Arena. The Tips went wire-to-wire for the victory and improved to 2-1 (lifetime) when facing elimination under head coach Dennis Williams, winning their fifth straight Game 4 situation on the road. Bryce Kindopp chipped in with a pair of assists while goaltender Dustin Wolf stopped 27 shots.