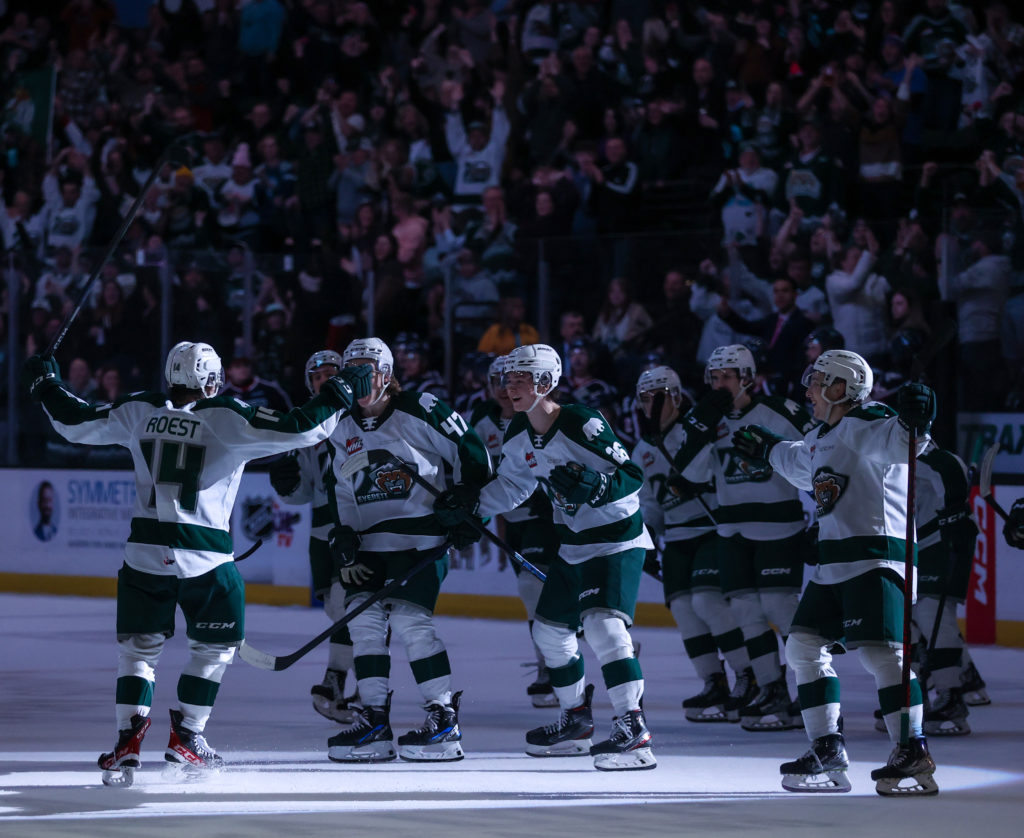 EVERETT, Wash. — Austin Roest netted the overtime winner in a dramatic 3-2 victory for the Everett Silvertips in front of a near sold-out crowd at Angel of the Winds Arena Saturday night.

The rush. The finish. The celly.

Jackson Berezowski opened the scoring with a powerplay goal at 6:35 in the first period, banging in a rebound for an early Silvertips lead. He contributed his second of the game at 12:02 in the second period, potting a rebound off the end-boards for his 28th goal of the season and 13th on the man advantage.

Tri-City rallied for two goals in the third period, with Chase Friedt-Mohr scoring at 8:50 and Tyson Greenway potting the equalizer at 19:39.

Berezowski sprung a 2-on-1 rush in extra time, finding Austin Roest with a cross-slot pass which Roest buried for his 25th goal of the season.

Berezowski now sits at 110 career goals, even with Bryce Kindopp for second all-time and two behind Patrick Bajkov for a share of the all-time record.

Roest and Kaden Hammell each registered two assists in the game. Tyler Palmer stopped 38 of 40 in the win.

Angel of the Winds Arena welcomed 8,097 fans through the gate, the largest attendance for the team of the season.

🔊 "I thought our response was great today. These guys deserve a day off tomorrow and a good day to watch football."

The Silvertips play host to the Lethbridge Hurricanes Wednesday night at 7:05 p.m. Tickets are 50% off with Midweek Madness presented by Symmetria Integrative Medical. Seats are available by clicking HERE.