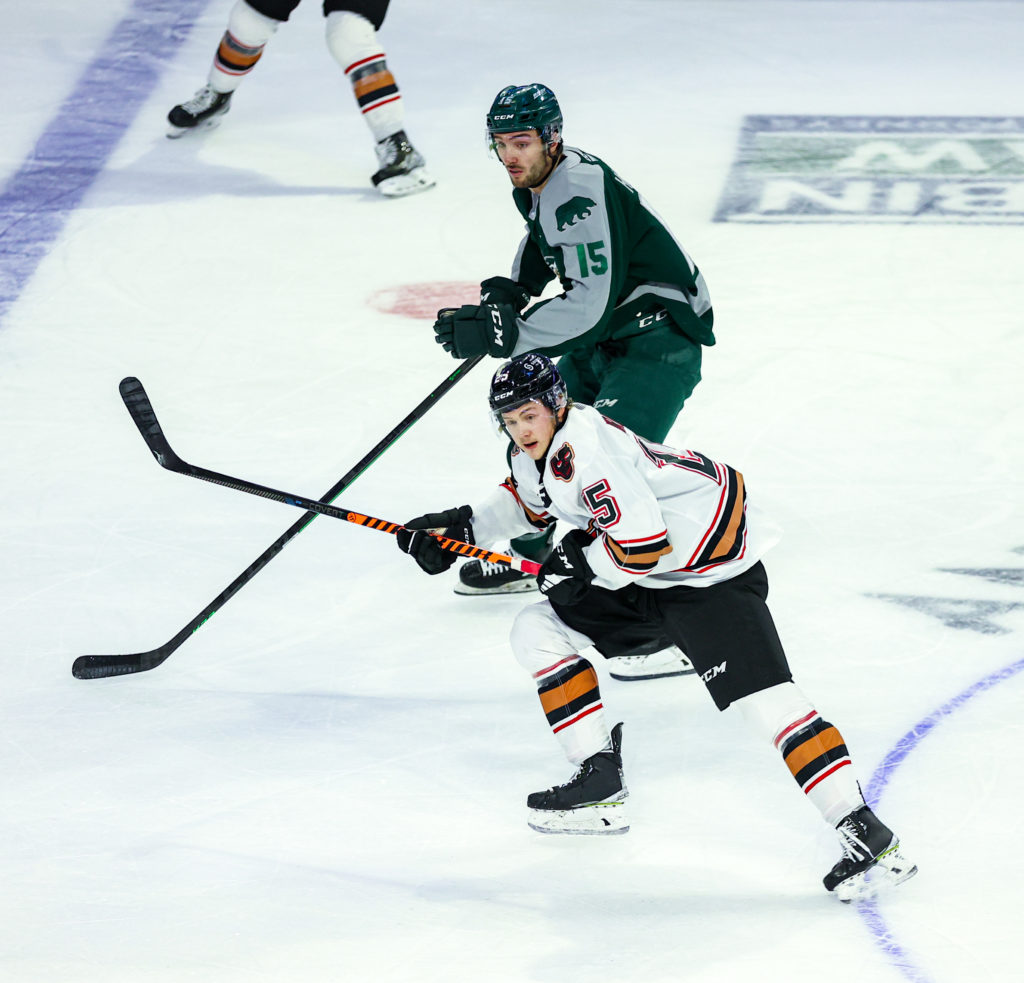 EVERETT, Wash. — A furious comeback effort by the Calgary Hitmen in the third period led to a 6-3 Calgary victory against a shorthanded Silvertips squad in Everett Sunday night.

Steel Quiring opened the scoring against his former club with a rebound goal at 9:28 in the first period. Ethan Moore would bring the game to even seven minutes into the second period, though Vincent Lamanna fielded a cross-slot pass from Austin Roest on the powerplay and contributed his second goal of the season.

Billal Noori knotted the game once more with his third goal of the season at 10:50, but Everett again grabbed their third lead of the game at 14:25 as Roest set up Ben Hemmerling for his seventh tally of the year.

Zac Funk scored both the game-tying and game-winning goals for Calgary early in the third period- the first at even strength 1:01 into the period, the second at 2:24 while on the powerplay. Grayden Siepmann would add an insurance goal at 3:01, with Tyson Galloway sealing the game with an empty-netter at 19:21.

Braden Holt stopped 40 of 45 in the loss. Ethan Buenaventura earned the win with 24 saves on 27 shots.

Everett turns their attention to a divisional road matchup this weekend, as they visit the Portland Winterhawks Friday night and the Seattle Thunderbirds Saturday. Tickets to their return home on Wednesday, Nov. 23 are available by clicking HERE.