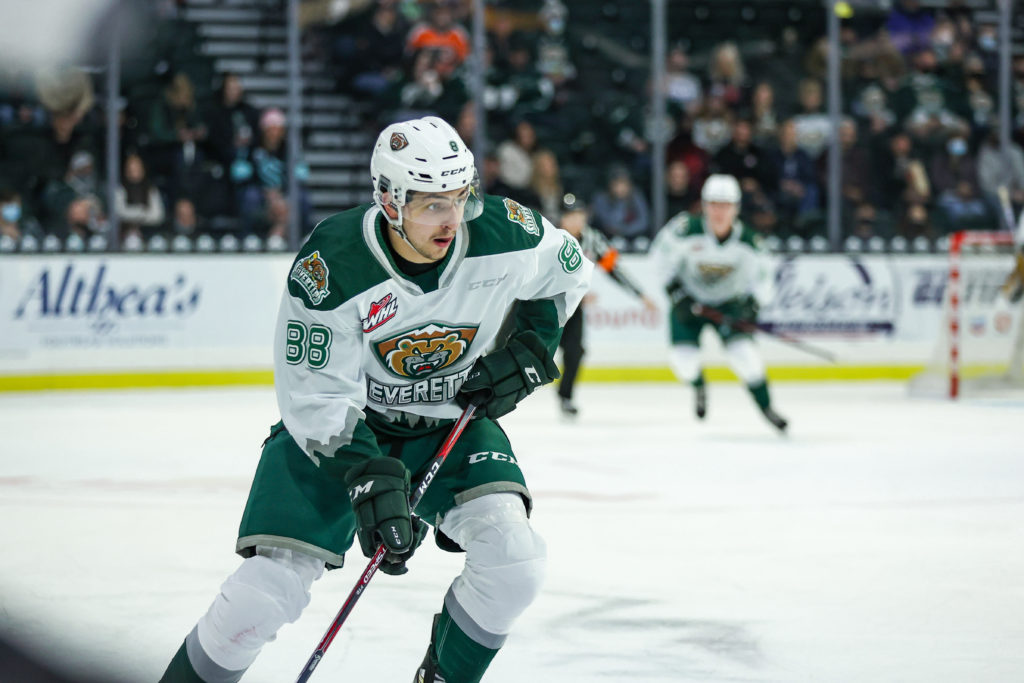 SPOKANE, Wash. – The streaks just keep getting longer for the Silvertips’ scorers.

Jackson Berezowski and Niko Huuhtanen found the back of the net again as the Silvertips rolled past the Spokane Chiefs 6-2 at Spokane Veterans Memorial Arena.

Bear Hughes netted the game’s first goal for the Chiefs, lifting a wrist shot to give Spokane a first-period lead. Later on in the frame, in the waning seconds of a Silvertips powerplay, Ronan Seeley wired a hard shot from the near circle to even up the score.

Jacob Wright tallied his sixth goal of his last seven games, redirecting a Michal Gut shot to grab the lead for Everett. Just 1:27 later, Berezowski registered his 23rd goal of the season to extend his goal-scoring streak to seven games, a team-high on the season.

Later in the second, Ryan Hofer capitalized on a wraparound opportunity behind the Spokane net for his 13th of the campaign. Niko Huuhtanen fired a one-timer to the back of the net 27 seconds into the third on a 5-on-3 powerplay for his 18th goal in his last 19 games and a five-game goal streak.

Beau Courtney contributed his fourth goal of the year before game’s end to cinch the victory. Koen MacInnes stopped 18 of 20 in the win, improving his record to 11-3-1.

The Silvertips now turn their attention to the Seattle Thunderbirds, who they play in Kent Saturday night at 6:05 p.m. They return home Sunday afternoon for a 4:05 p.m. start against the Tri-City Americans. Tickets are available by clicking here.