GAME RECAP: Campbell sends in the hats in 8-2 victory over Americans 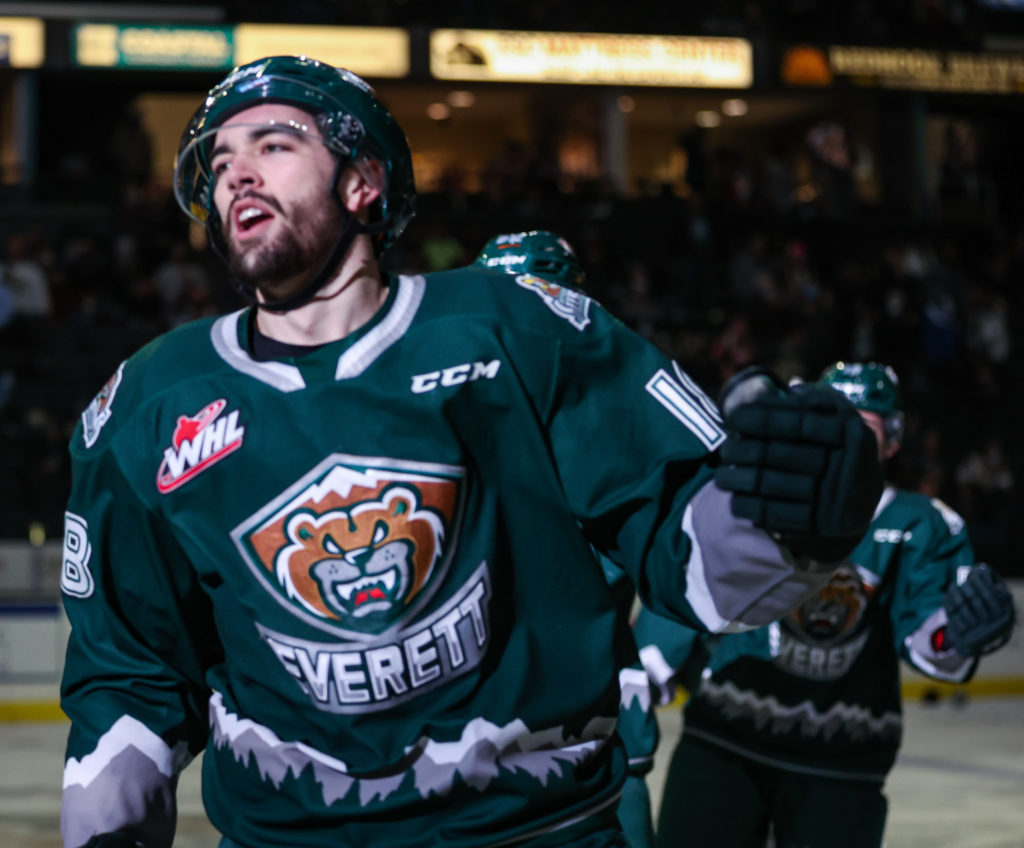 EVERETT, Wash. — The Everett Silvertips’ offense once more steamrolled a U.S. Division foe, erupting for eight goals against the Tri-City Americans in an 8-2 win at Angel of the Winds Arena.

Hunter Campbell netted his first career WHL hat trick, while Olen Zellweger logged a goal and five assists in the victory. The Silvertips have now scored 17 goals over their last two games, coming off a 9-2 trouncing of the Spokane Chiefs Wednesday night.

Ben Hemmerling opened the scoring for the Silvertips, wiring a turnaround shot from the hashmarks past Americans netminder Nick Avakyan for his fourth of the season. Campbell would give the Tips a 2-0 lead just minutes later, capping off a feed from Michal Gut.

Olen Zellweger rocketed a wrist shot home early in the second period for his seventh tally of the year. Though Tri-City would respond with a powerplay goal, a Hunter Campbell power-move to the net beat Avakyan on the backhand for his second of the game. Niko Huuhtanen would add to the lead with a nifty stick-handling play in front of the net, contributing a backhander of his own to give Everett a 6-1 lead.

We can see the headlines now:

“LOCAL HERO GOES ABOVE AND BEYOND TO HELP HOCKEY TEAM”

Early in the third, Campbell completed his hat trick, burying a loose puck in front of the net for his 12th of the year. Tri-City would again score on the powerplay midway through the third, answered in turn by Alex Swetlikoff with a stuff-in goal. Jacob Wright tapped in a back-door pass for Everett’s eighth goal of the game.

“It’s unbelievable,” Campbell said after the game. “I’ve never gotten a hat trick before in my five years in this league. It’s awesome to get one tonight.”