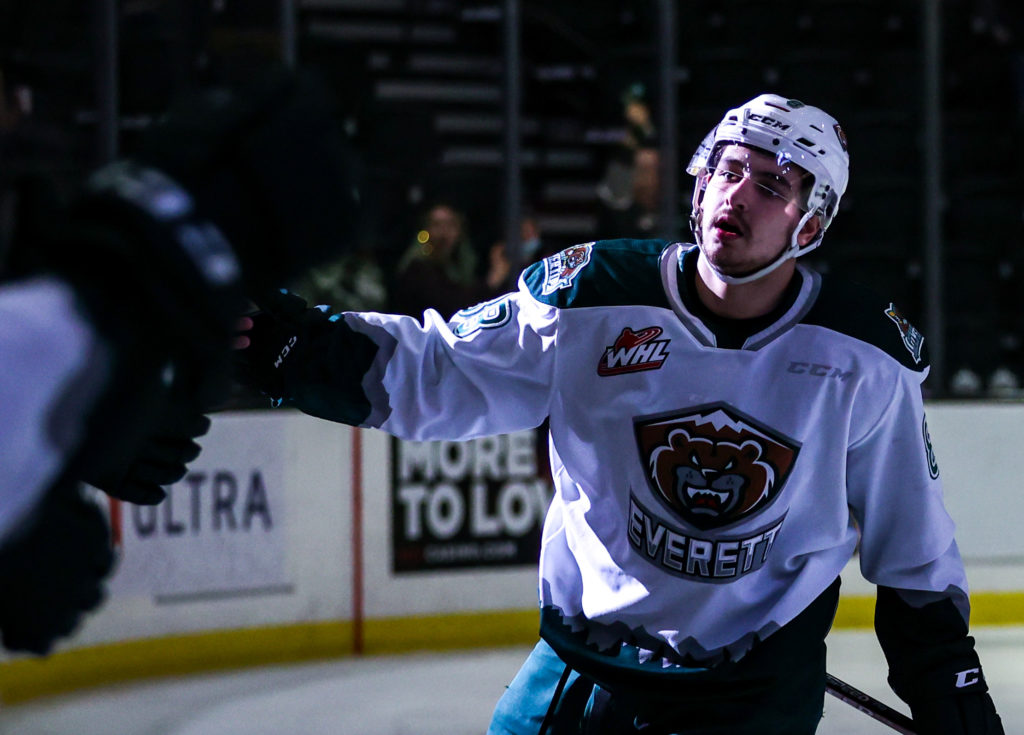 The Everett Silvertips powered their way past the Victoria Royals with a 5-3 victory at Save-on-Foods Memorial Centre Saturday night, spurred on by a Gordie Howe Hat Trick by Niko Huuhtanen, a three-point night from Olen Zellweger and a multi-point performance by Alex Swetlikoff.

Niko Huuhtanen opened the scoring with his 20th goal of the season, banking in a rebound from along the goalline just 2:19 into the first period. Huuhtanen then fed Ryan Hofer for a powerplay goal just minutes later, as Hofer netted his 17th of the season and his eighth in his last six games to give the Tips a 2-0 lead heading into the first intermission.

Keanu Derungs would get the Royals on the board with a powerplay goal 4:46 into the second period. At 11:30 in the frame, Alex Swetlikoff stripped Royals defender Austin Zemlak of the puck and wired a wrist shot through the catching glove of goaltender Tyler Palmer, with Jackson Berezowski diving headlong to bang in the loose puck for this 25th goal of the year.

Later in the second, Huuhtanen dropped the gloves with Victoria’s Evan Patrician to cap off his first career Gordie Howe Hat Trick.

With the Silvertips beginning the third on a 5-on-3 powerplay, Huuhtanen wired a wrist shot home for his second of the contest. Olen Zellweger potted a shorthanded goal at 16:12 in the third period, shuffling into the offensive zone and faking out the Royals’ powerplay back-checkers for his eighth goal of the season and the Tips’ third shortie of the year.

Braden Holt finished with 23 saves on 26 shots for his 16th win of the season.

Huuhtanen now has 20 goals in his last 22 games played.