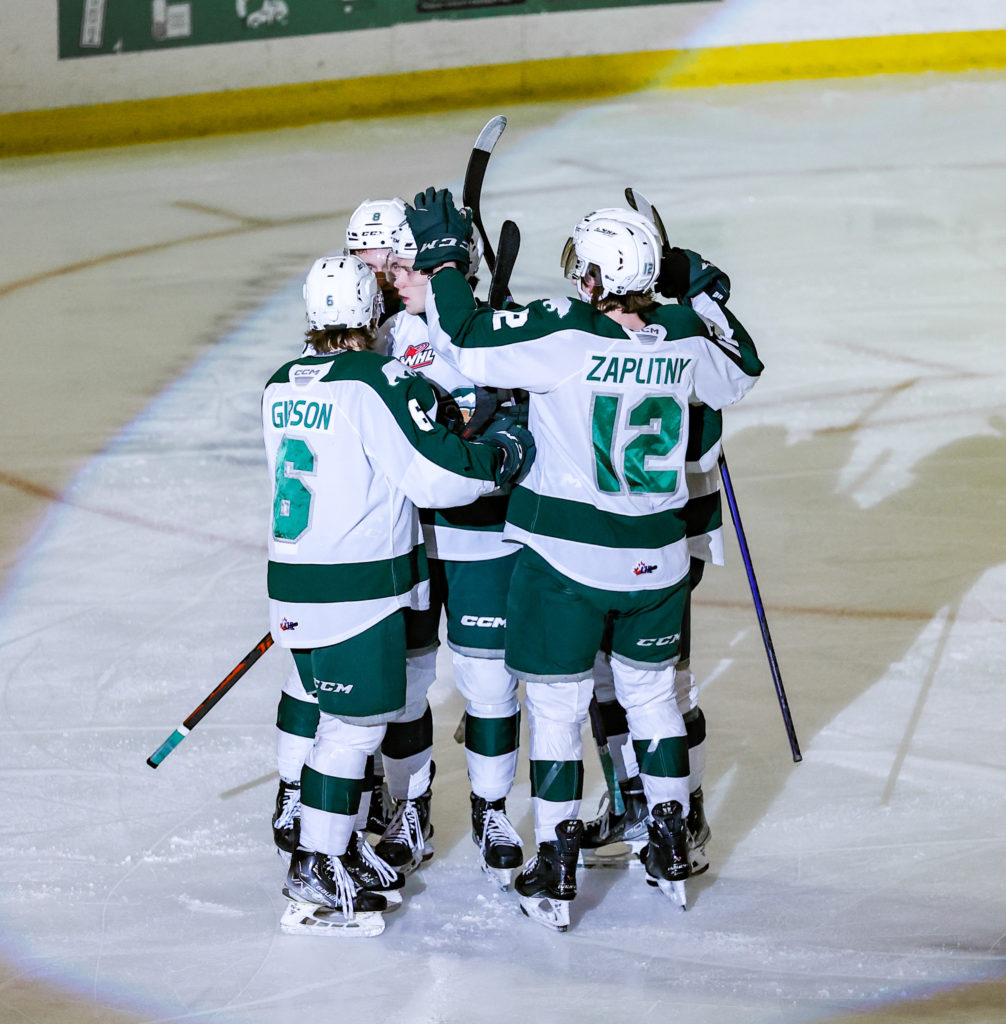 EVERETT, Wash. — Ben Hemmerling capped off a four-point night with the overtime winner on Wednesday night as the Silvertips bested the Lethbridge Hurricanes 4-3.

Ty Gibson opened the scoring 7:32 into the first period, wiring a wrist shot from the blueline home for his fourth tally of the year.

Tyler Palmer stopped 15 of 16 in the second period including a Tyson Zimmer penalty shot, but the Hurricanes broke through at 19:23 with Jett Jones tying the game.

Palmer got this under control💪🏻

Ben Hemmerling gave the Silvertips the lead 1:17 into the third period, only to be answered moments later by a Joe Arntsen equalizer at 3:07. Rapael Pelletier netted his first goal as a Silvertip, a short-handed goal assisted by Hemmerling for the third Silvertip lead of the game. Lethbridge countered with a goal with less than a minute remaining, as Logan Wormald struck at 19:18 with a 6-on-5 goal to send the game to overtime.

All the Silvertips would need was one shot on goal in extra time, as Ben Hemmerling snapped a wrister past Harrison Meneghin for a 4-3 Silvertips win.

The Silvertips improved to 21-19-1 on the season with the win, sitting fourth in the Western Conference.

Everett hosts the Spokane Chiefs Friday night at Angel of the Winds Arena. The first 1,000 fans receive a Silvertips beanie hat courtesy of All City Fence. Tickets are available HERE.