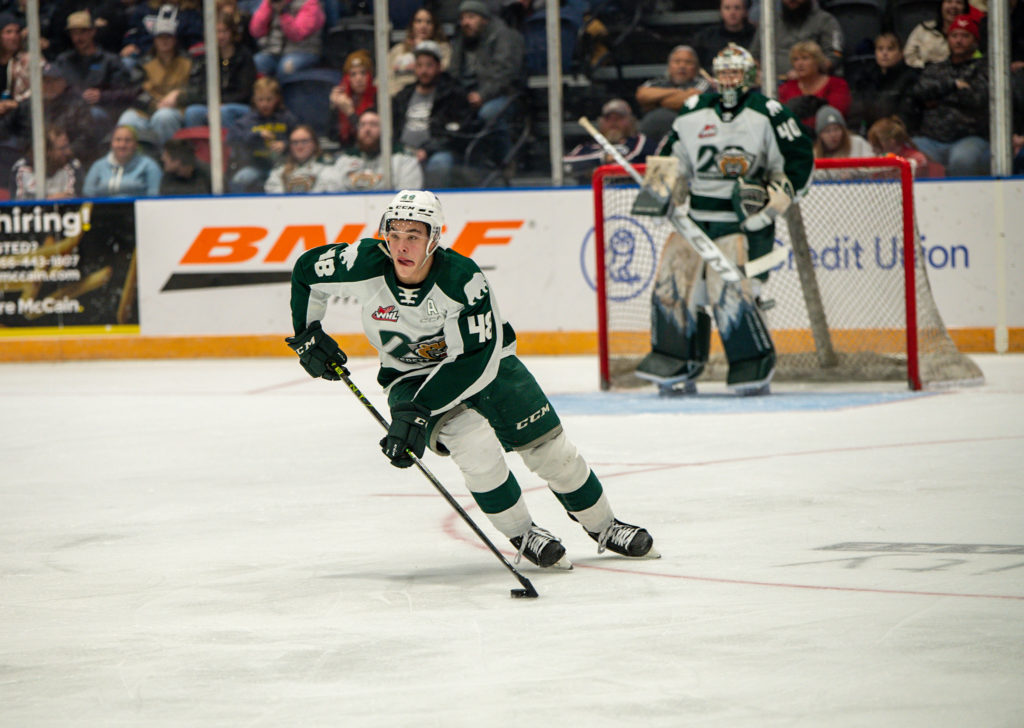 Caden Zaplitny opened the scoring for the Silvertips 4:13 into play, redirecting a Ty Gibson shot from the blueline for his fourth goal of the season. Ben Hemmerling would extend the lead to 2-0 at 7:45, snapping a shot off a turnover over the shoulder of netminder Tomas Suchanek for his sixth of the campaign. Just 13 seconds later, Ryan Hofer tapped in a rebound for his 11th of the season and a 3-0 advantage heading into the first intermission.

Sick with the flow and this is all he knows.

H to the O-F has another multi-goal game!#ForEverett x @Capitals pic.twitter.com/dJxZN783lF

Hofer picked up his second of the game 1:30 into the second period, beating Suchanek on a 2-on-1 rush. The Americans would battle back late in the second period, with a pair of breakaway goals by Deagan McMillan and Cash Koch (his first WHL goal) for a 4-2 Silvertips advantage after two.

Tyson Greenway struck for the Americans at 3:50 in the third period, but the Silvertips would hang on for a 4-3 victory.

The Silvertips return home Sunday to host the Calgary Hitmen at 4:05 p.m. PT. Tickets are available by clicking HERE.